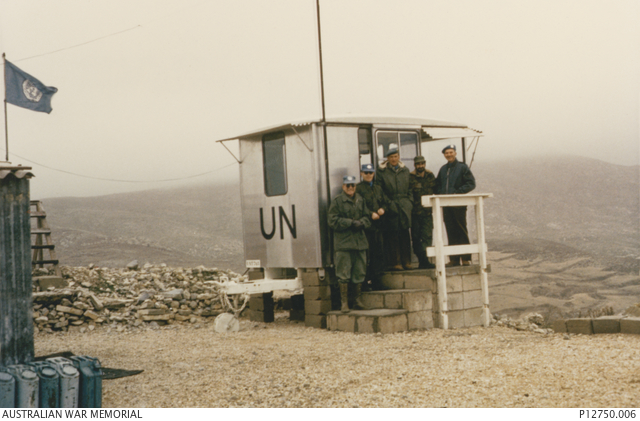 The adjacent crest of Mt Hermon (7750ft) is obscured by mist. One of a series of photographs relating to the peacekeeping mission UNTSO and UNEF and the service of Colonel Keith Howard who was the acting head of both these missions from 1967-1977.