Beat the swords into ploughshares 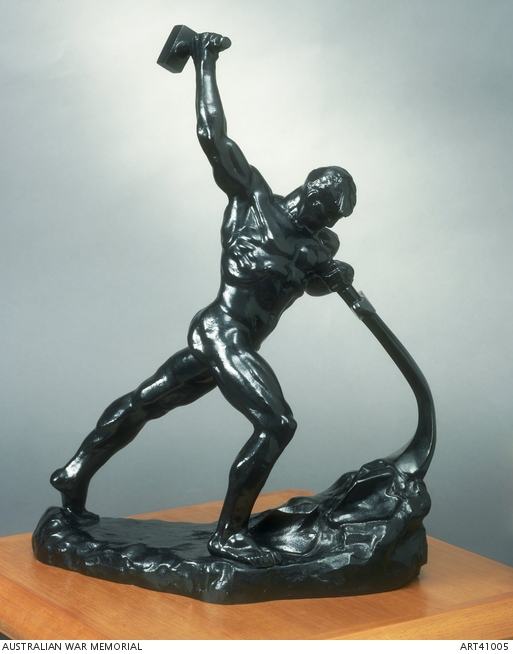 This dramatic sculpture portrays a heroic nude lunging forward as he raises a mallet to strike a sword, transforming an implement of war into an implement of peace. The figure's youthful, muscular body recalls the idealised male nudes of Classical Greek sculpture. The sculpture won the Grand Prix at the Brussels International Exposition in 1958. The sculpture was a gift of the Government of the USSR to the Australian War Memorial in 1990. It was created by the famous Russian sculptor, Evgeniy Victorovich Vuchetich (1908-1974). Vouchetich's original, full scale sculpture of this work was placed in front of the United Nations building in Europe, symbolising the conversion from war to peace. Vuchetich was a Russian sculptor of Yugoslavian origins and specialised in the production of allegorical sculptures with a propaganda element, such as this one.