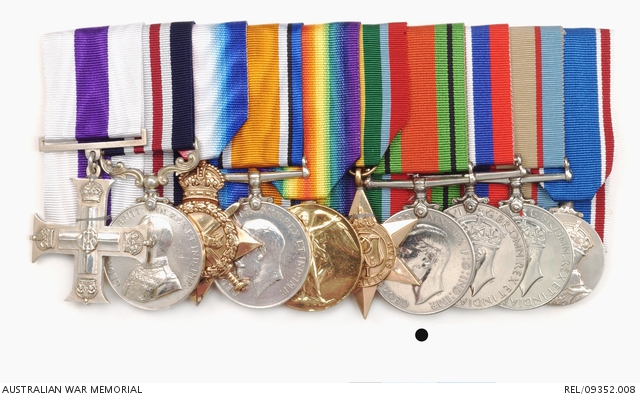 2058 Sergeant (later Air Commodore) Raymond James Brownell, a Tasmanian, enlisted on 12h September 1914 in 9 Battery, 3 Field Artillery Brigade. He was discharged on 16 March 1917 on transfer to the Royal Flying Corps (later Royal Air Force) for pilot training. He also served in the RAAF during WWII. Brownell was awarded the Military Medal in July 1916 for gallantry at Pozieres, and the Military Cross in January 1918 for his success as a fighter pilot with 45 Squadron in Italy. In 1921 Brownell joined the RAAF, and held the rank of Wing Commander at the outbreak of the Second World War. He was appointed Commander of the British Empire in January 1945 and retired from the RAAF in 1947.