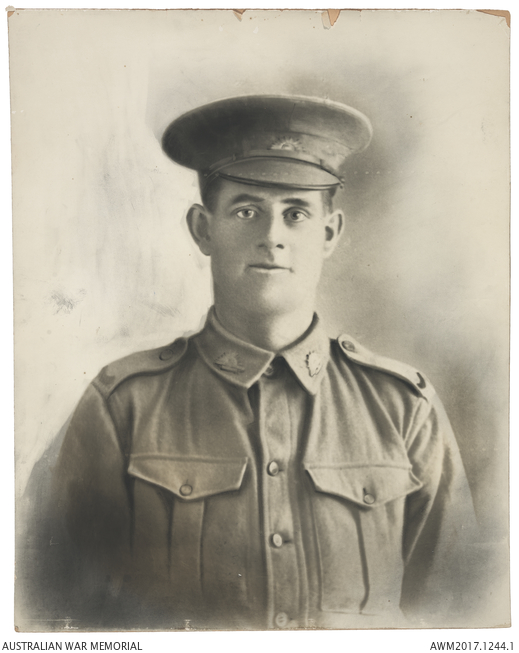 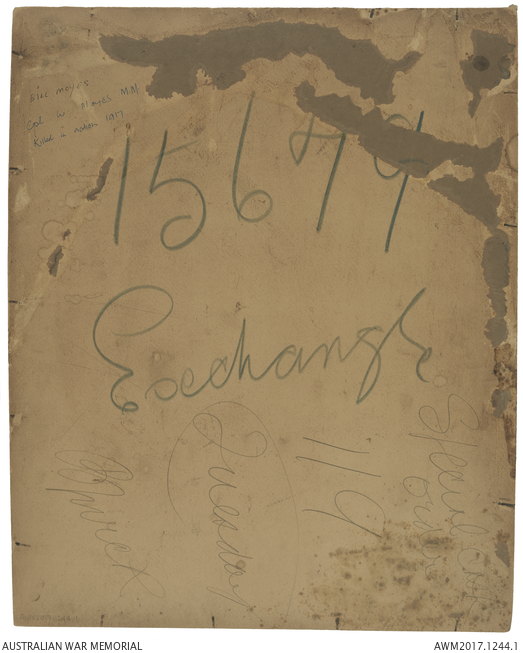 Studio portrait of 174 Private William Moyes, 10th Australian Light Trench Mortar Battery. A baker from Yarraville, Victoria, Moyes enlisted on 28 February 1916. He embarked for overseas service aboard HMAT Ascanius with the 39th Battalion, before transferring to the 10th Australian Light Trench Mortar Battery. Serving on the Western Front, Moyes was awarded the Military Medal and then accidently wounded in the explosion of an ammunition dump at Ploegsteert Wood. He was also wounded in action a few months later. Rejoining the unit, Moyes was appointed Temporary Corporal and then promoted to Corporal. He was killed in action on 4 October 1917.