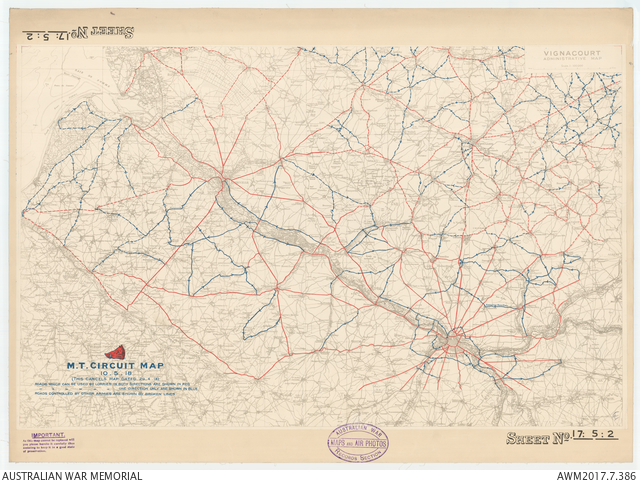 Map of the Western Front region along the Somme River from St. Valery on the French coast to Albert, overprinted to show traffic directions and restrictions for all major roads in the British Fourth Army area as at 10 May 1918. Scale 1:100 000. Includes legend indicating roads which can be used by lorries in both directions, in one direction only, and roads controlled by other armies.