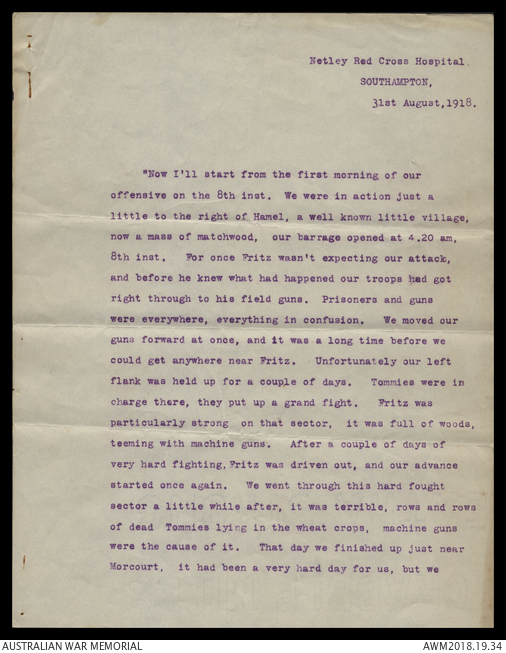 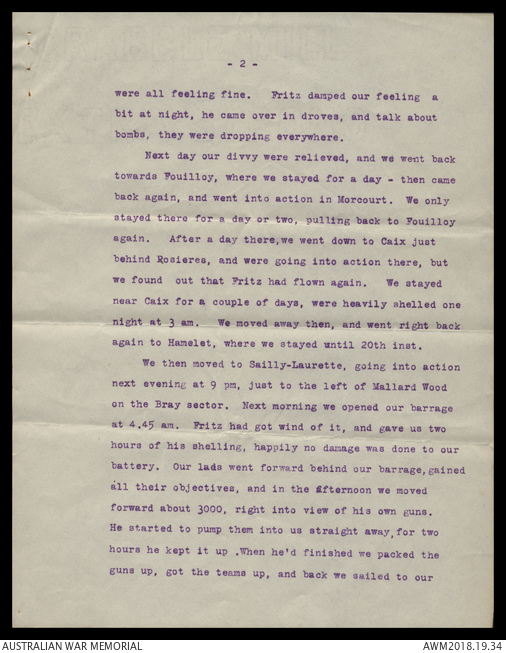 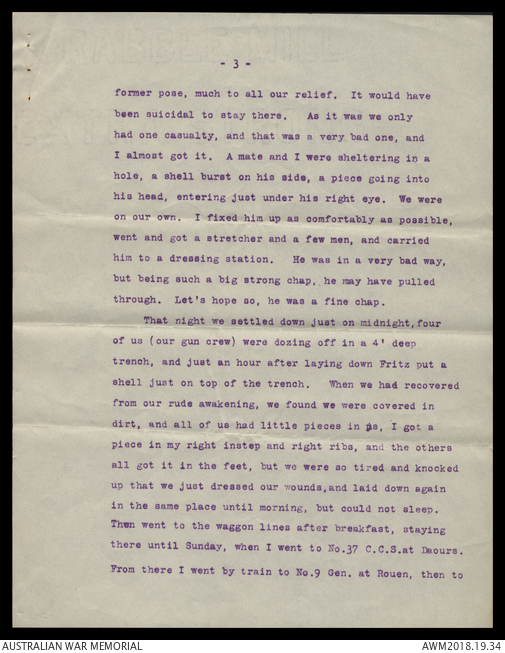 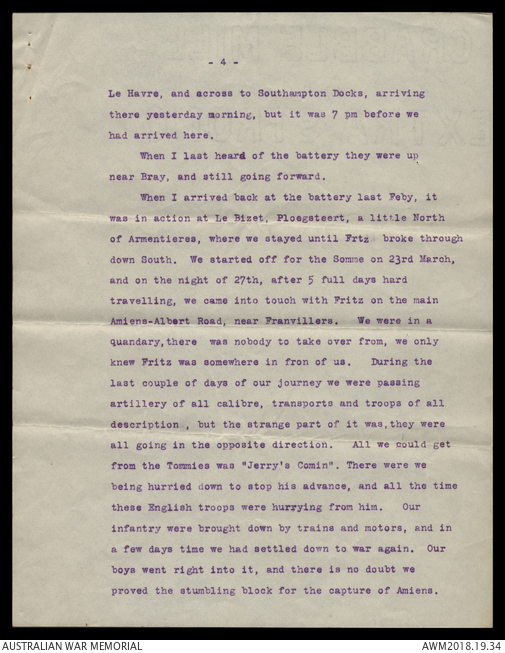 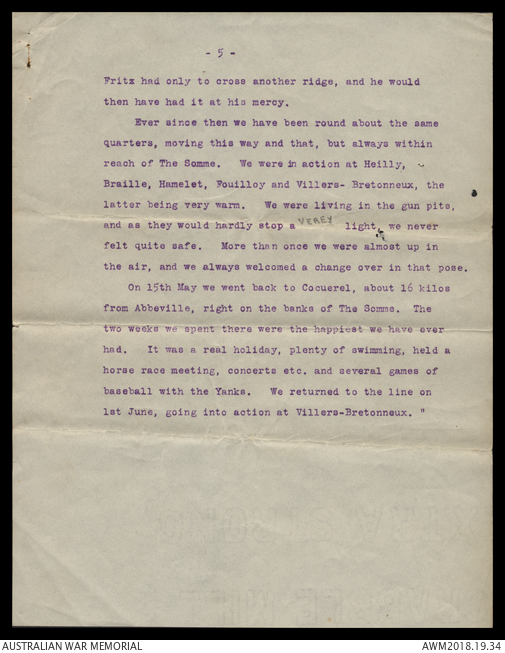 Typed letter relating to the First World War service of 18684 Gunner Edward Lawrence Jarrett, 26th Battery, 7th Field Artillery Brigade. This letter was written from the Netley Red Cross Hospital in Southhampton, documenting action on the Western Front around Hamel and the Somme on the 31 August 1918. In his letter he describes the action around Hamel including the challenge of the battle, casualties and damage to the village in July 1918. After being relieved, they moved back to the Hamel area where was wounded in the foot and ribs. Edward was then sent back to England for recovery. The letter then reflects back to February 1918 when he returned to his unit near Franvillers after an accidental injury. He describes how in May 1918 the unit was relieved and spent time relaxing at Cocuerel.