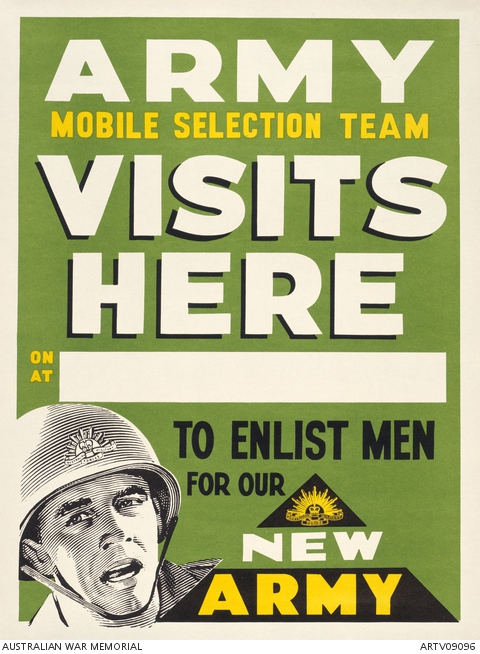 A line drawing of the head and sholders of a soldier wearing a helmet in the left hand corner of the poster with text above him. This recruiting poster was used to advertise the time and date of the Mobile Selection Team's visit to enlist men in the 'new' Australian Army.

The Australian Army was first involved in Vietnam in 1962 when thirty military instructors were sent to provide advice and training to the South Vietnamese government. By the end of April 1965, the South Vietnamese government had formally requested the involvement of Australian troops and the 1st Bn RAR went into operation. Australian troops remained in action in Vietnam until they were withdrawn between November 1970 and February 1972.