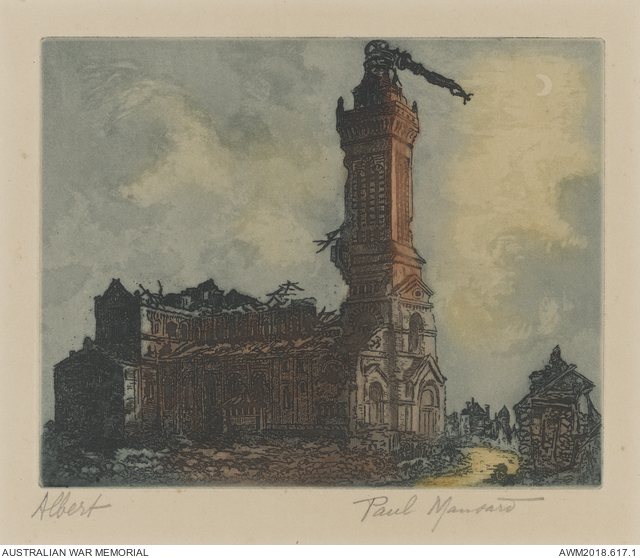 The Albert Cathedral, also known as Basilique d'Albert or Basilique Notre-Dame de Brebières in the town of Albert, Somme. The Albert Cathedral was described as being quite beautiful, with a tower much higher than any other building in the city. It was heavily damaged during the First World War, and was at the centre of the Battle of the Somme. Atop the spire there is a statue of the Virgin Mary holding the infant Jesus that was damaged in 1915, and left precariously hanging on its side. There was a belief among soldiers and French countryfolk that when the statue fell, the war would come to an end.

Paul Mansard was a pseudonym of the French artist H. Dupont. The artist was also known by Marcel Augis. Paul Mansard produced a number of etchings of areas along the Western Front after battles had taken place.