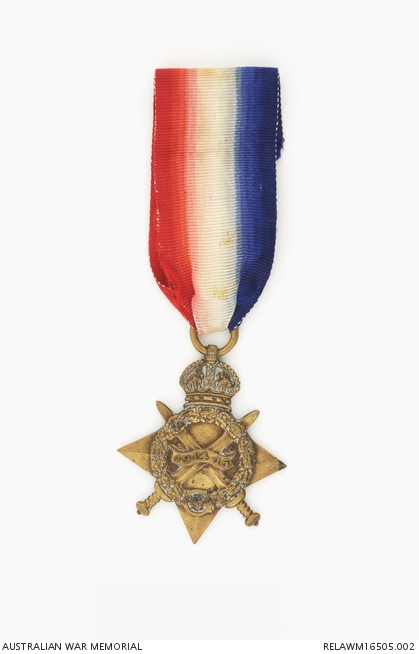 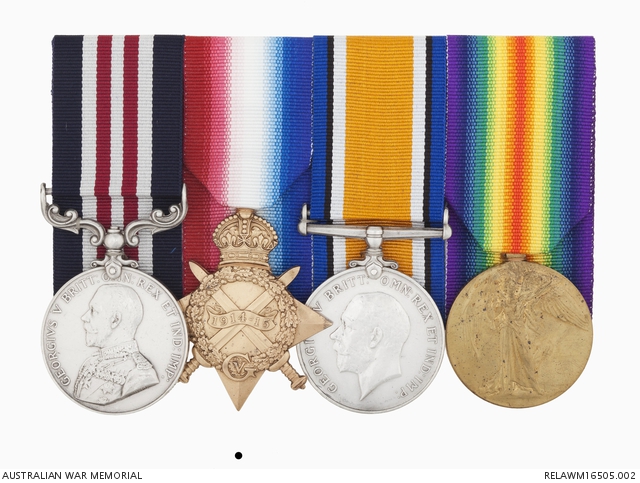 Associated with the service of 2464 Private Hugh West. West was born in Victoria in 1891 and was a miner on enlistment in Perth, Western Australia, on 21 July 1915. He embarked for Egypt aboard HMAT Themistocles on 13 October as a member of 28 Infantry Battalion - 1 to 8 Reinforcements. He was taken on strength by 'B' Company, 51 Battalion at Tel-el-Kebir on 3 March 1916 and proceeded to France, disembarking at Marseilles on 12 June.

On 3 September, during a dawn attack against Mouquet Farm, West was hit in the back by a piece of shrapnel and knocked over. When he got up he found that his company had continued on to its objective. West then joined up with men from 'C' Company and captured several German trenches. West and about ten others were in one of these trenches when the Germans counter-attacked. Nine of the men were wounded or killed with West and the remaining man taken prisoner.

West was taken to a billet behind the lines for two days before being taken to Cambrai where he remained for three weeks. He was then sent to Dulmen camp on 26 September where he stayed for two weeks before being sent to work in a stone quarry at Wulfrath. While at the quarry West became ill and was moved to Friedrichsfeld Camp at the end of January 1917. He stayed at Friedrichsfeld until the end of March when he was sent to Hiesfeld to cut firewood. West escaped from there on 9 June but was recaptured on the Dutch/German border by a German sentry on 16 June. He was taken back to Friedrichsfeld and put in a cell for fourteen days with only bread and water. He was then put to work at Walsum Paper Factory on 4 August.
On 9 September West borrowed a pair of pincers from a German sentry telling the latter that he required them to mend his boots. West arranged with Private Thomas Mullen, West Yorkshire Regiment to escape that night at about 9pm. West cut through the wire fencing around the camp and the men escaped. Just after they had got away the men met two German women who gave the alarm but as it was dark West and Mullen managed to evade capture. Using West's map and compass the men went north east until they reached the River Lippe then proceeded due North for the Dutch/German border, which they successfully crossed on 13 September. The men were quarantined for twelve days before arriving in England on 4 October.