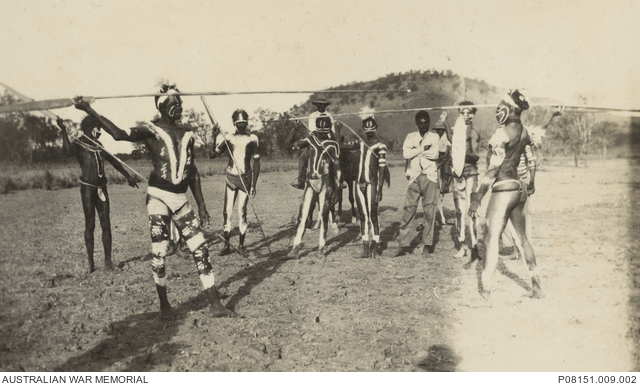 Depicts a group of Aboriginal men wearing traditional war paint and traditional outfits, holding spears and shields. An Aboriginal stockman is mounted on his horse behind the group with other Aboriginal men standing around the group. One of a series of photographs either taken or collected by Roy Cecil Phillipps (later Squadron Leader R.C Phillipps MC & Bar DFC) when employed by the pastoralist firm Connor, Doherty & Durack Ltd in the Kimberley region of Western Australia prior to his enlistment in April 1915.