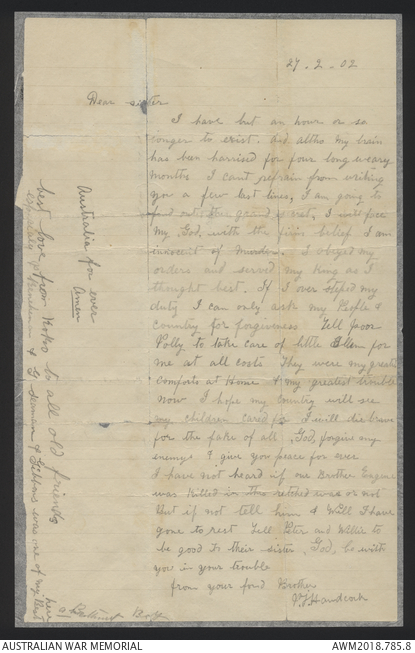 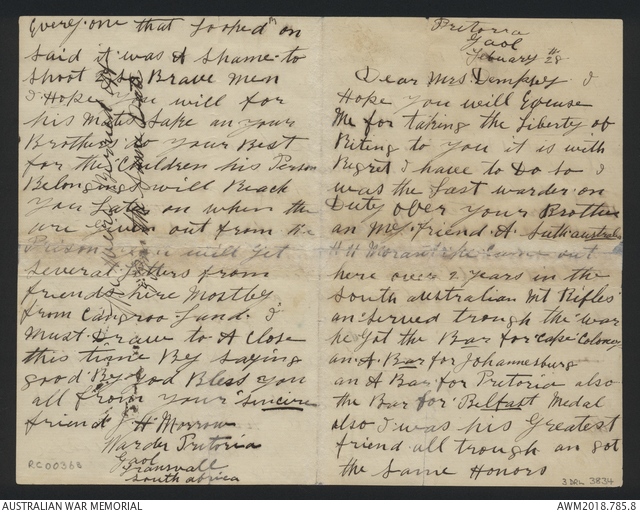 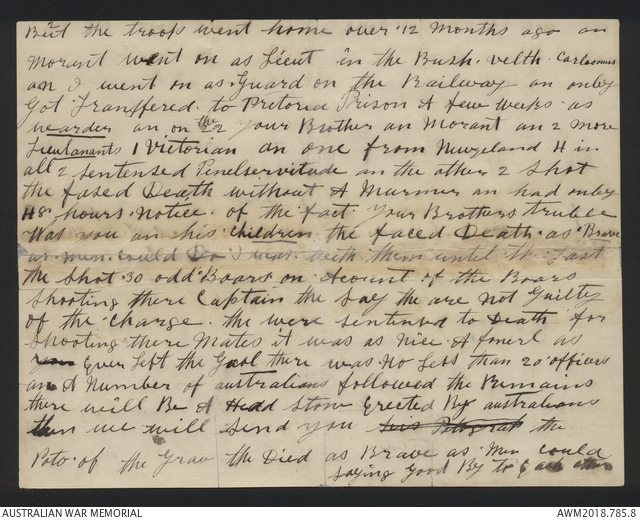 This file contains two letters relating to the execution of Peter Joseph Handcock and Henry (Harry) Harbord 'The Breaker' Morant on 27 February 1902. In the first letter from Handcock to his sister, Jane Martha Dempsey, the author composes a farewell message to his family in the hours before his execution. He reflects on his approaching fate and remains resolute in his innocence, but proffers forgiveness from his family and country if judged to have been overzealous in obeying orders. Amid the strain of his predicament, his primary concerns reside with the welfare of his wife and children.

In the second letter from John Henry Morrow to Jane Martha Dempsey, the author informs Dempsey of her brother's fate. Morrow provides some background information on his relationship with Morant stemming from their Boer War service together in the 2nd South Australian Mounted Rifles, and his recent appointment as Warder at Pretoria Gaol. He goes on to describe the circumstances surrounding the execution and burial of Handcock and Morant.