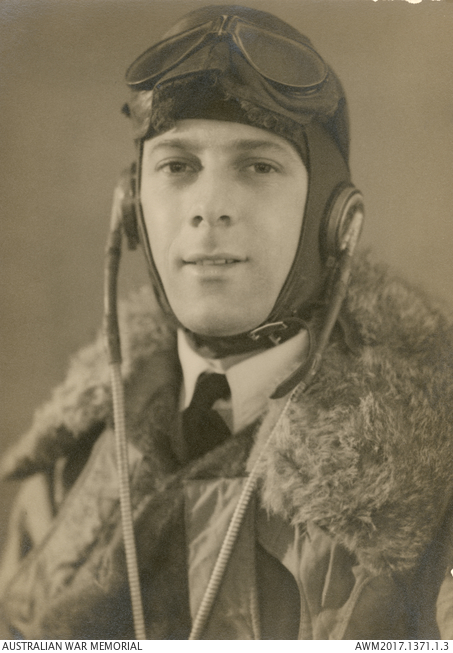 Studio portrait of 315 Pilot Officer (PO) Ian Allen, RAAF. A clerk in several government departments prior to enlisting in the RAAF in 1934, PO Allen trained as a pilot in 1937, and was a flying instructor at the No 1 Service Flying Training School in Point Cook during the Second World War. He was awarded an Air Force Cross in 1944. He remained in the RAAF and had attained the rank of Wing Commander at his retirement on 20 February 1970.