Diary of Oberlin Herbert Gray, May to August 1915 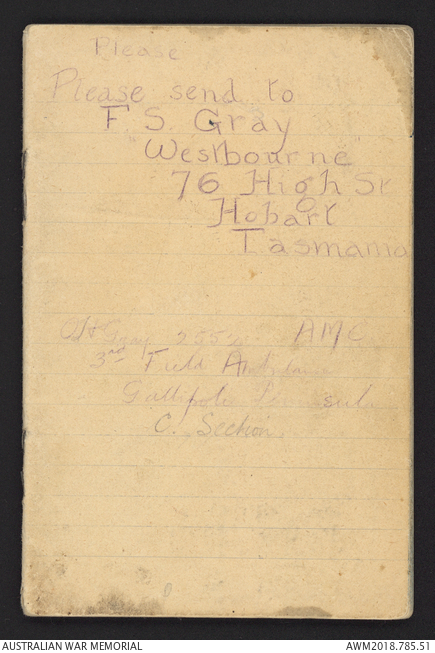 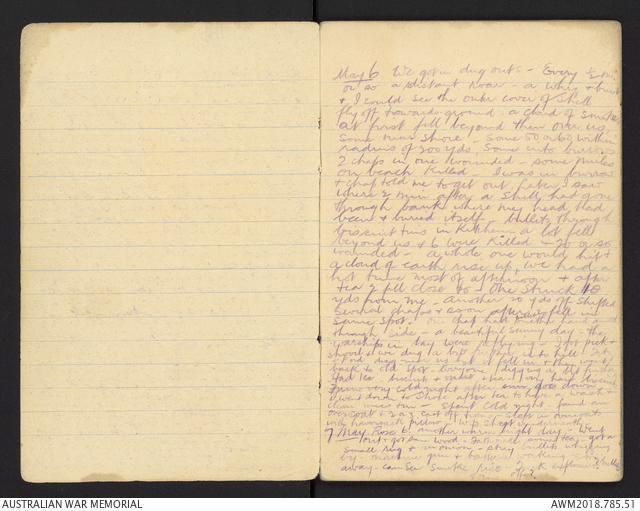 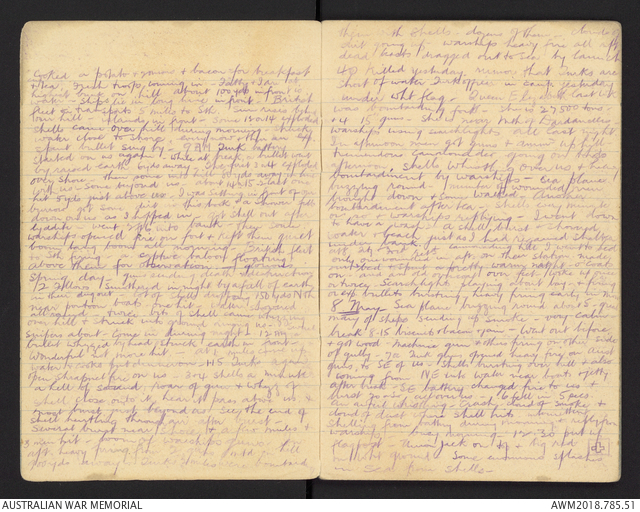 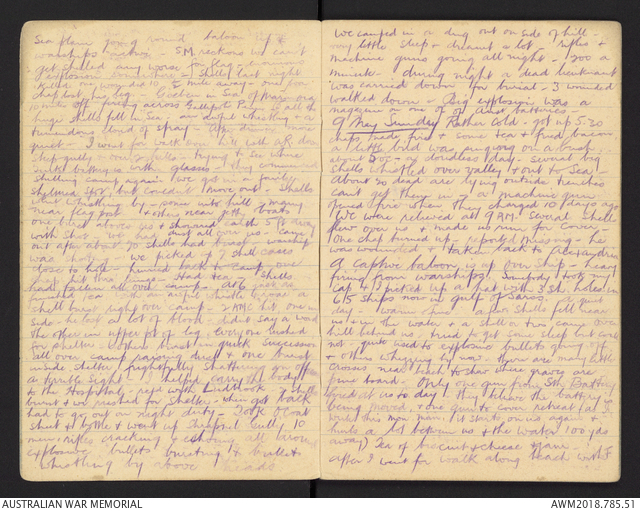 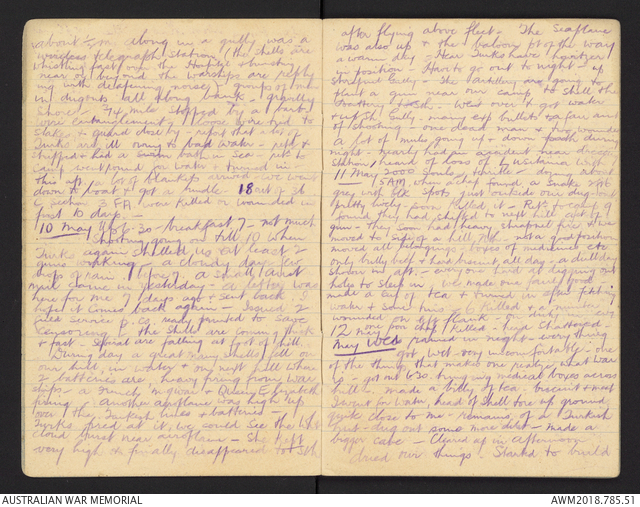 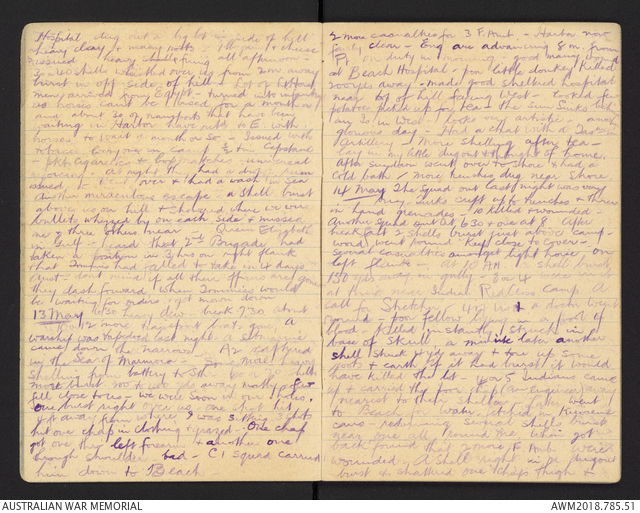 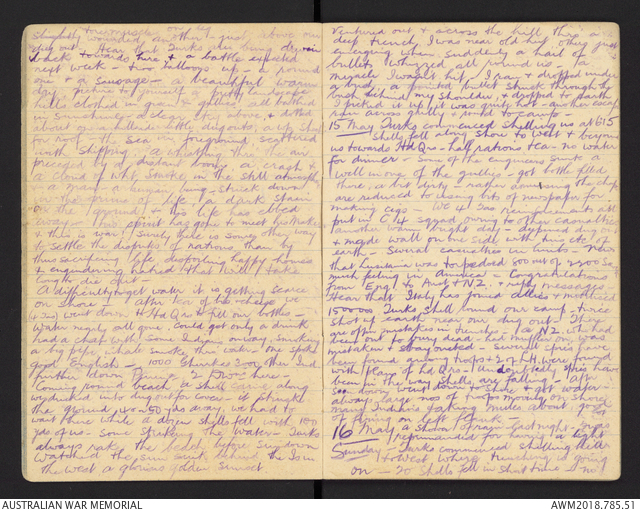 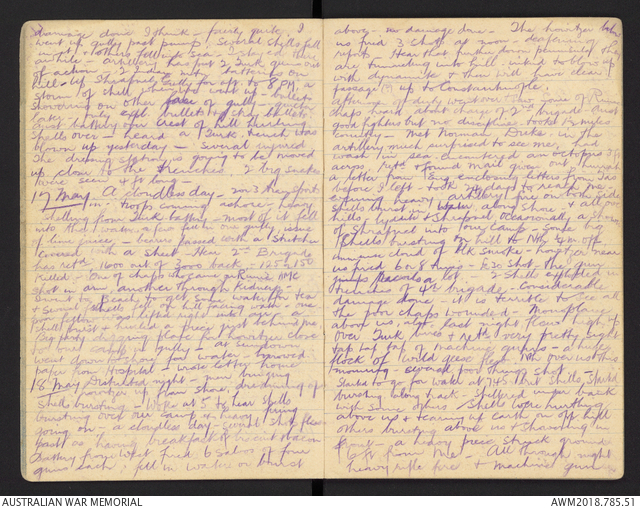 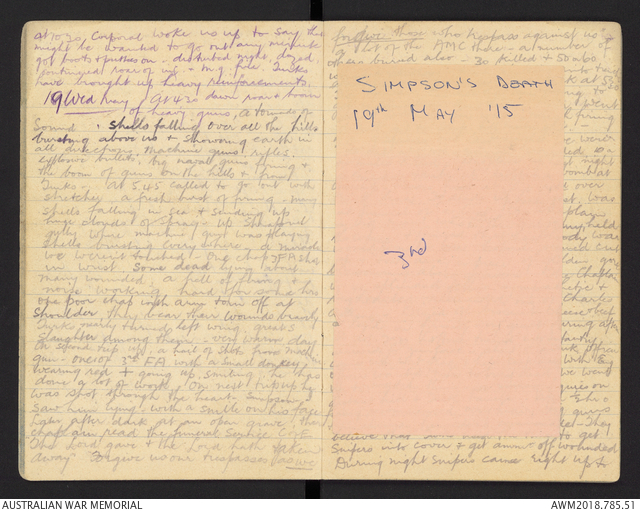 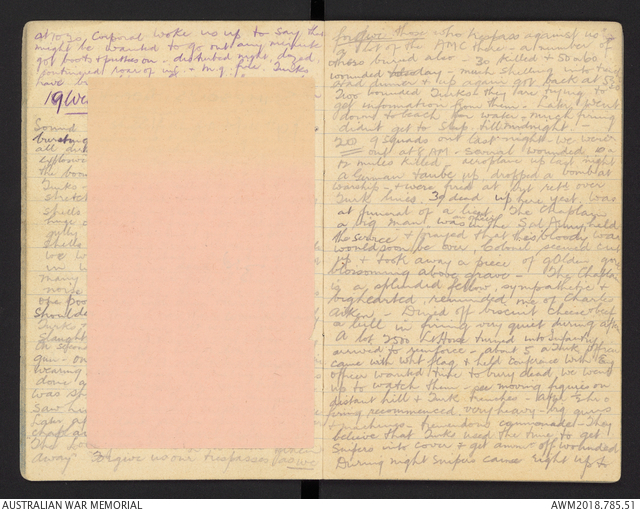 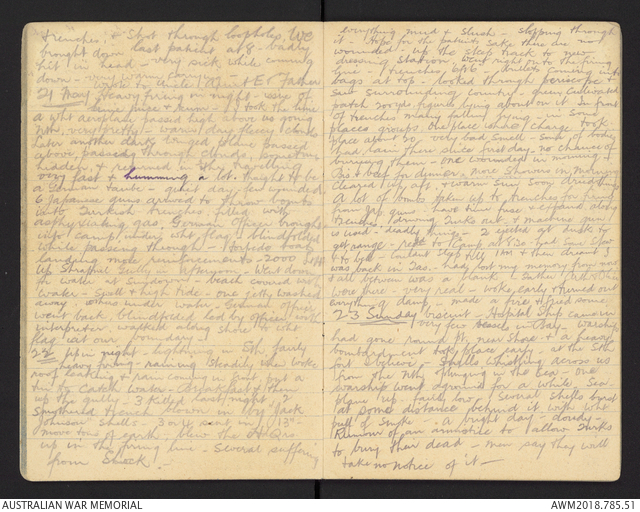 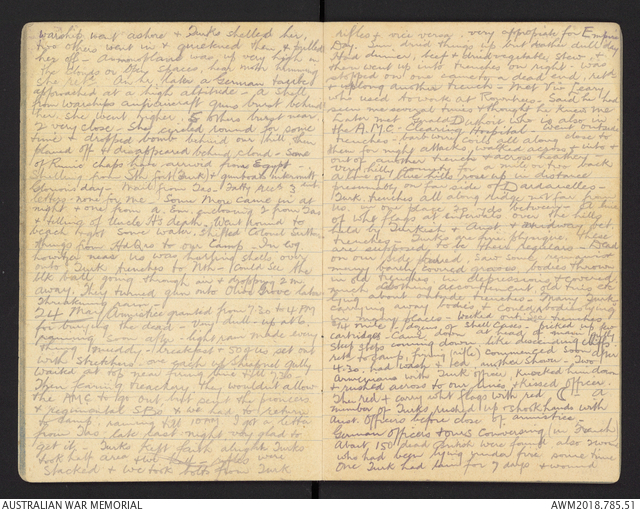 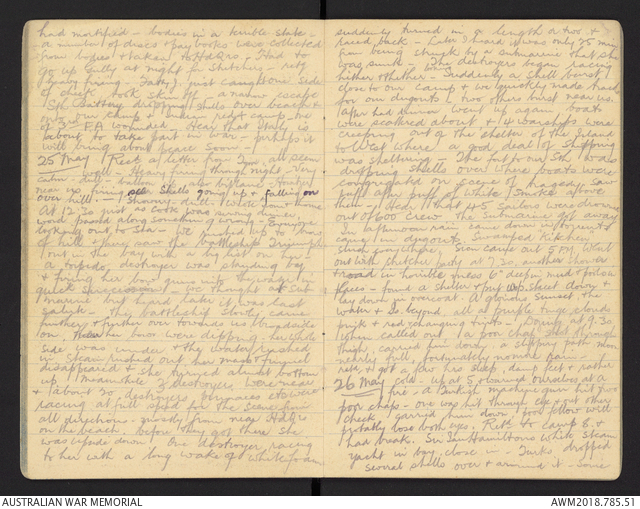 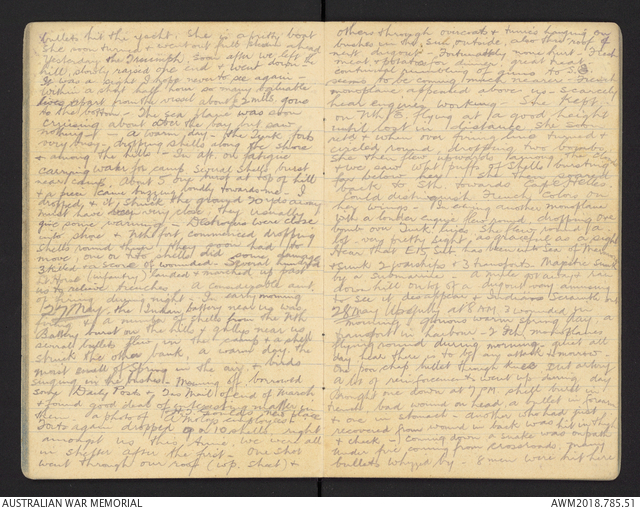 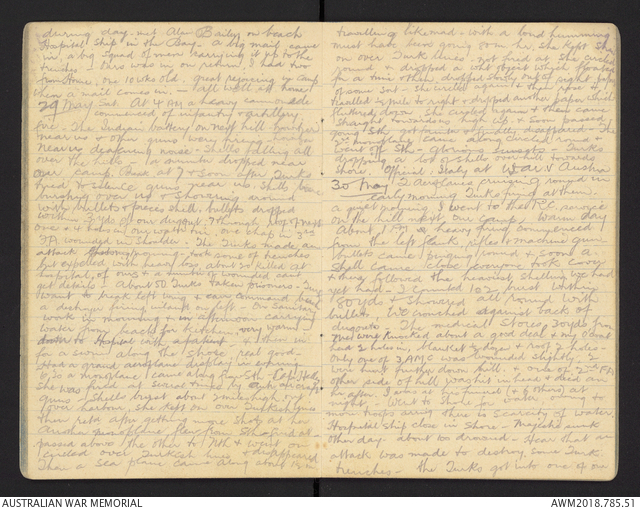 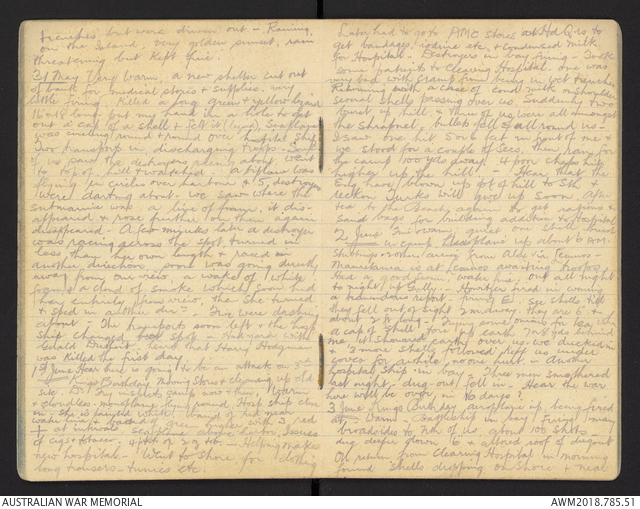 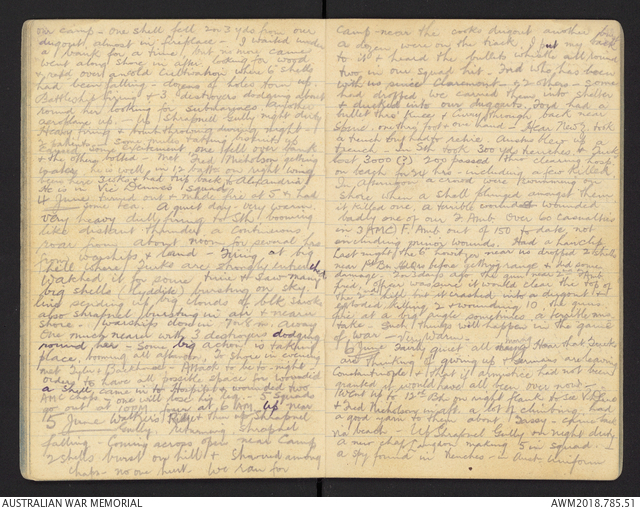 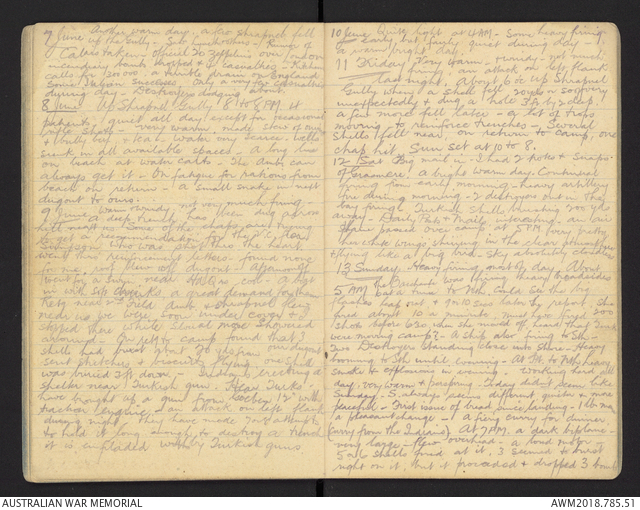 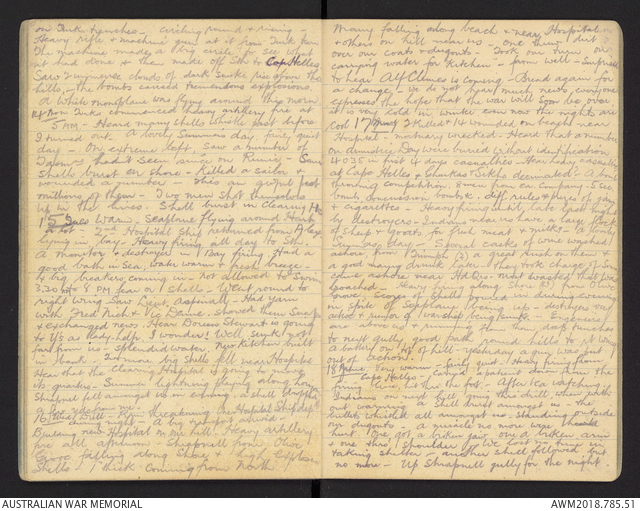 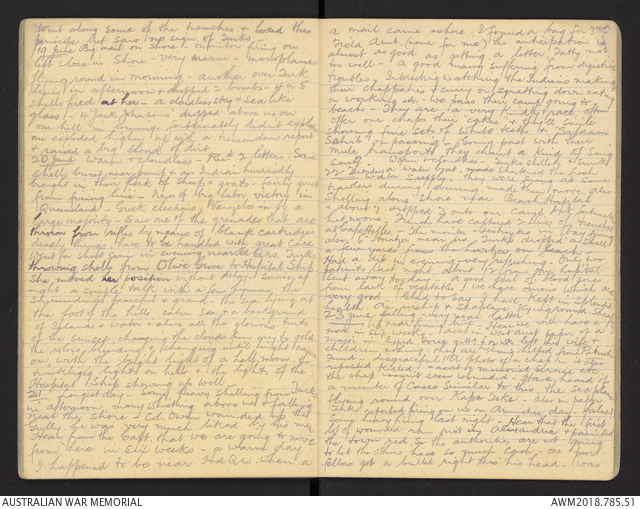 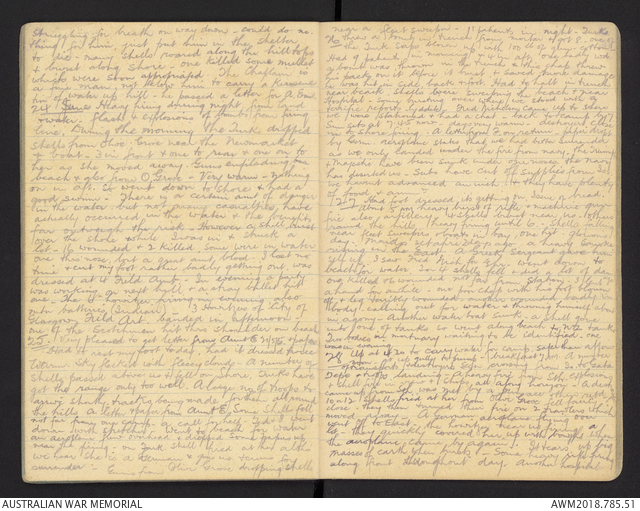 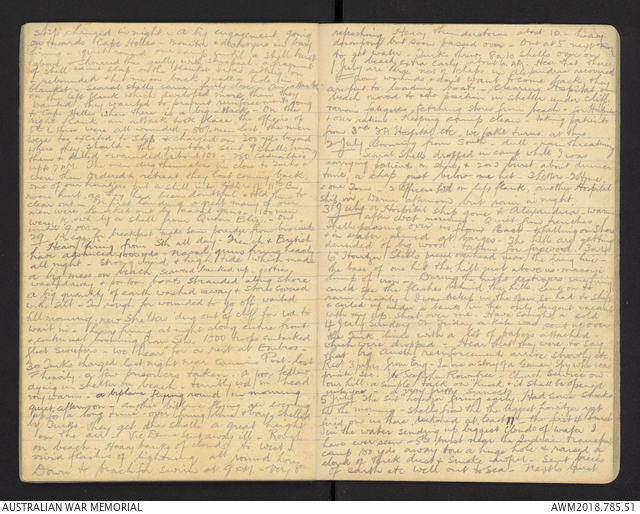 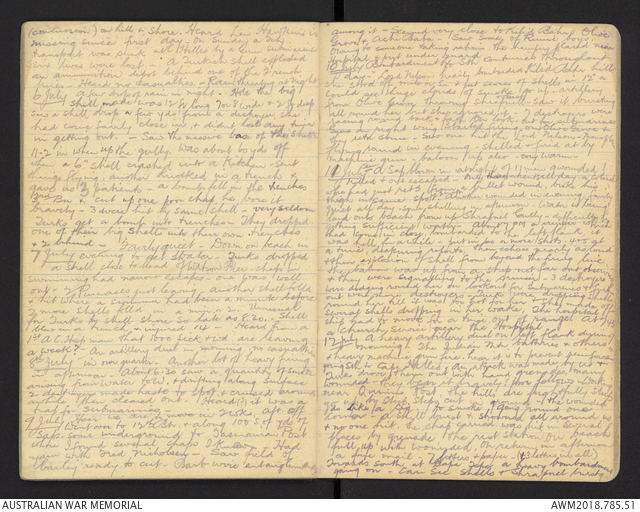 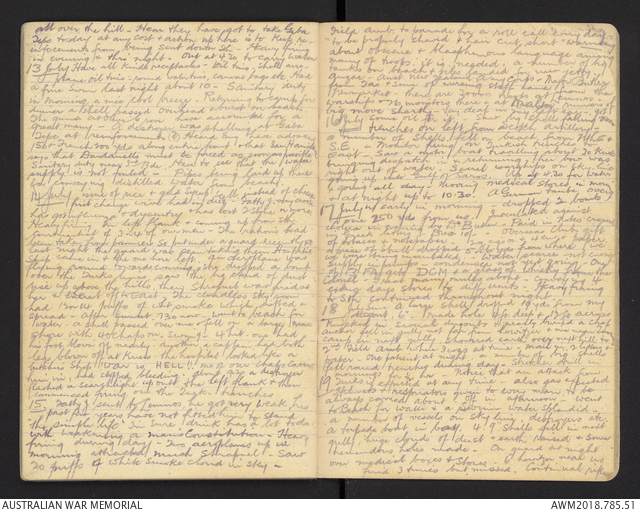 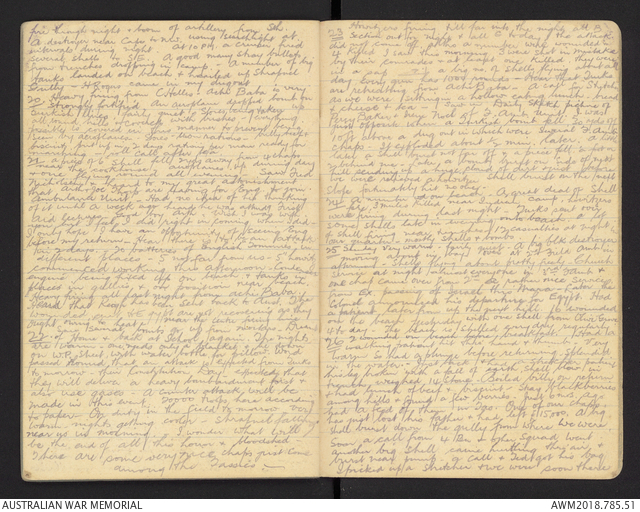 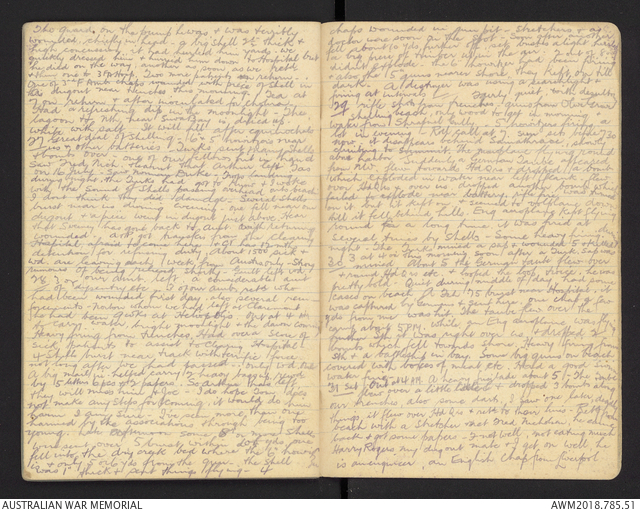 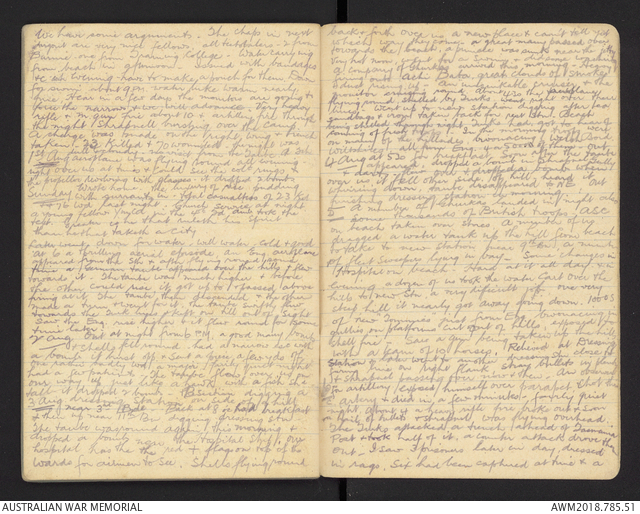 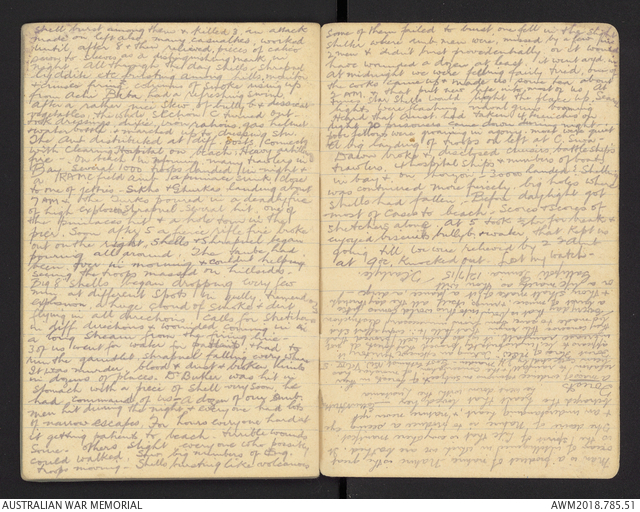 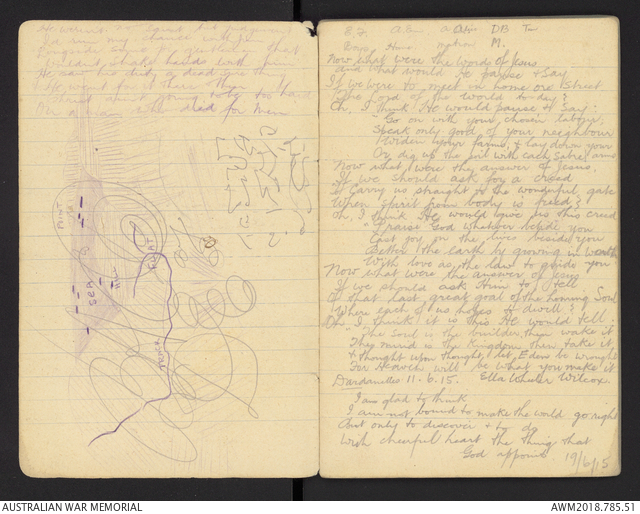 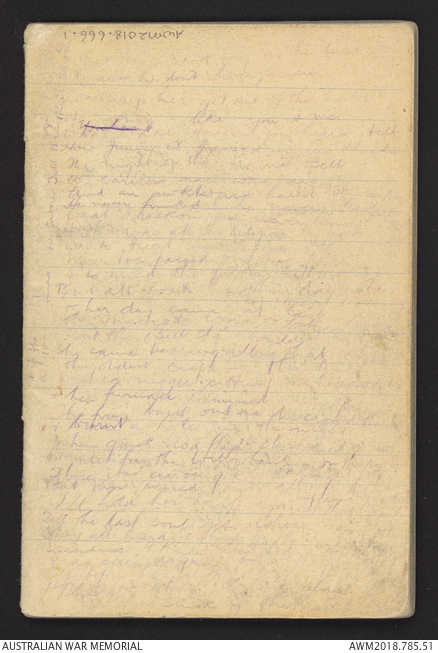 Diary relating to the First World War service of 2552 Private Oberlin Herbert Gray, 3rd Australian Field Ambulance. Herbert Oberlin Gray and his brother Frederic chose to join the medical corps, as the family were Quakers, and conscientiously weren’t able to ‘take up arms’. However, they still wanted to serve. This diary has entries written by Oberlin Gray, dated between 6 May and 6 August 1915. In it, Gray recounts his experiences serving in the trenches at Gallipoli, including hearing of many men dying when their dugout caved in, using newspaper to roll cigarettes, a temporary armistice to bury dead, the movements of various types of aeroplanes, and a paper drop by the Germans. Gray's diary also contains an account of the death of John Simpson Kirkpatrick, dated 19 May 1915, "On second trip up a hail of shots from machine gun - one of 3rd FA with a small donkey wearing red cross going up, smiling. He has done a lot of work. On next trip up he was shot through the heart. Simpson - saw him lying with a smile on his face."