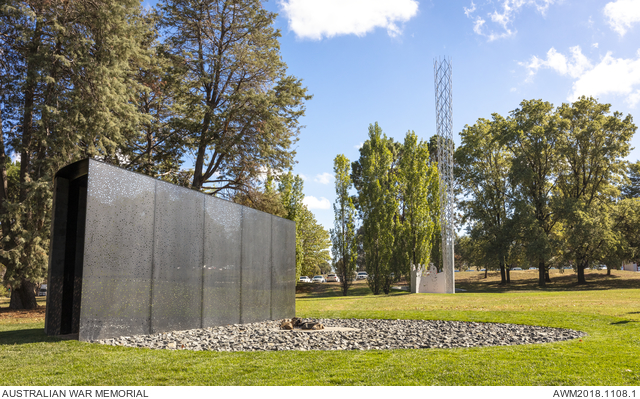 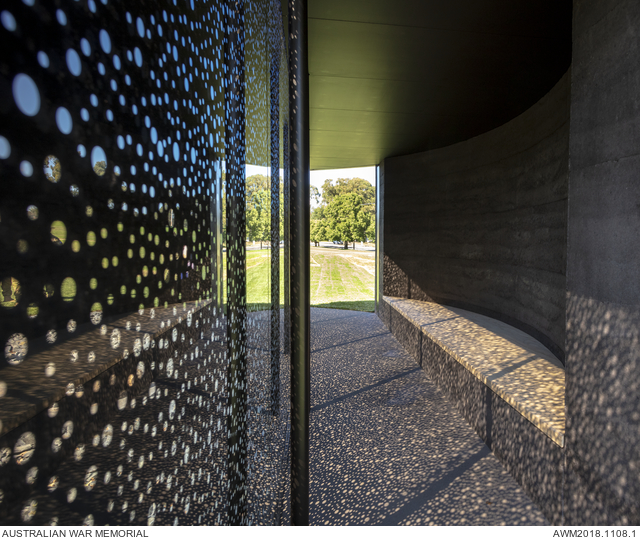 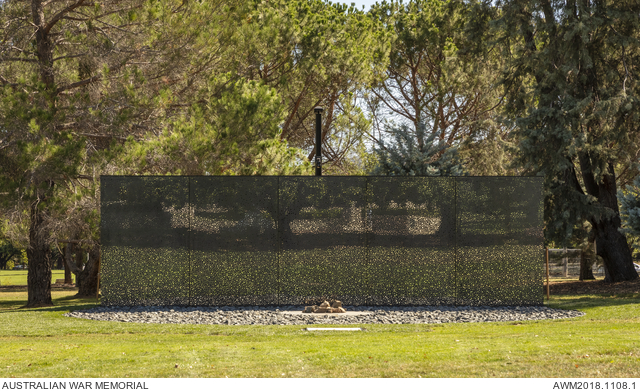 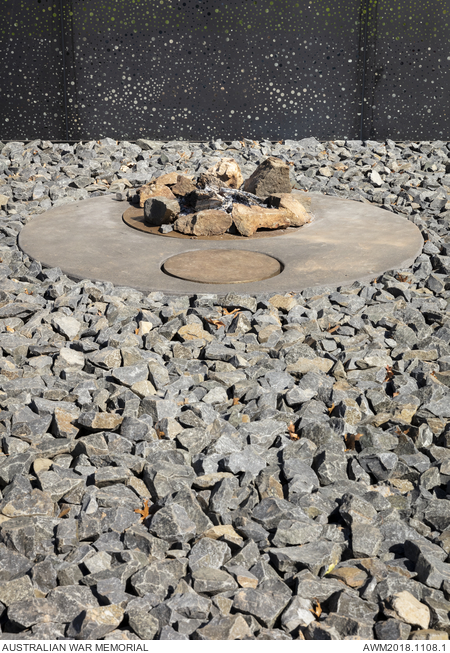 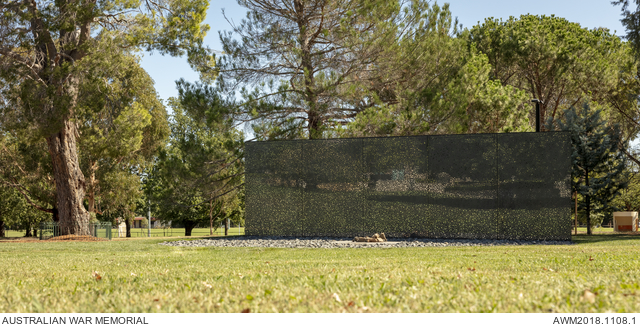 'For our Country' recognises the military service of Aboriginal and Torres Strait Islander peoples. It is a space in which to commemorate their service in all conflicts in which Australia's military has been deployed. It is also a place to contemplate the sacrifices that Indigenous Australians have made and continue to make in defence of Country.

Only four or five generations after the arrival of the British First Fleet, having endured discrimination, brutal social exclusion, and violence, many Indigenous Australians denied their Aboriginality and kinship to enlist, serve, fight, suffer, and die for the young nation that had taken so much from them. Having enlisted from a desperately unequal Australia, many found military service to be their first experience of equality.

The idea for the commission was raised in 2016, following national consultation on the Memorial’s recognition and acknowledgement of Aboriginal and Torres Strait Islander service. Boyd and Edition Office’s design was selected from a shortlist of submissions and approved by a group of Indigenous military personnel, curators, and local Elders.

In 2018 artist Daniel Boyd, a Kudjala/Gangalu/Kuku Yalanji/Waka Waka/Gubbi Gubbi/Wangerriburra/Bandjalung man from North Queensland, and Edition Office architects were commissioned to design a new sculpture for the Memorial Sculpture Gardens that recognised and commemorated the military service and experiences of Aboriginal and Torres Strait Islander peoples and their legacy.

For our Country takes the form of a sculptural pavilion that measures 11 metres wide and 3 metres high, set behind a ceremonial fire pit within a circular stone field. From the front of the pavilion visitors see a wall of two-way mirrored glass covered in thousands of transparent lenses that reflect the viewer and the Memorial. These lenses are a reoccurring design element in Boyd’s work, representing our perception and highlighting our incomplete understanding of time, history, and memory. Behind the glass wall is an intimate, contemplative space with a curved wall and seating constructed from black pigmented rammed earth.

Connection to landscape is important to Aboriginal and Torres Strait Islander culture. The memorial contains soil deposited from Aboriginal and Torres Strait Islander Nations across Australia. The artist intended that each Nation be commemorated in this place, where the soil of their Country joins the many lands our ancestors have defended and from which they came to serve Australia.

Boyd described the importance of the work:
“The Aboriginal and Torres Strait Islander war memorial is a manifestation of a deep connection to the land and responsibility to future generations: how they will inherit this relationship; generational exchange of knowledge that has happened hundreds of thousands of times, from parent to child, grandparent to child, great-grandparent to child, and so on. It is about our respect for the land, how we would like our children to experience that connection, while understanding the sacrifices made to seek a system in equilibrium.”

Edition Office Architects were also “humbled and deeply honoured” to be involved with the commission.