Letters related to Richard Marshall and the Evacuation of Cairns, 1939 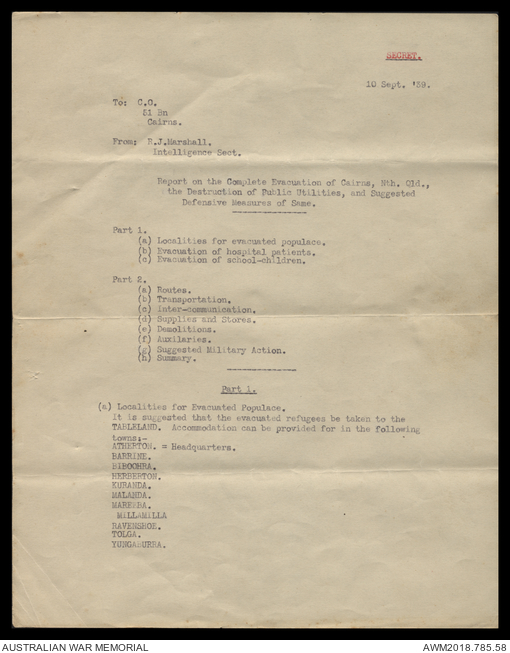 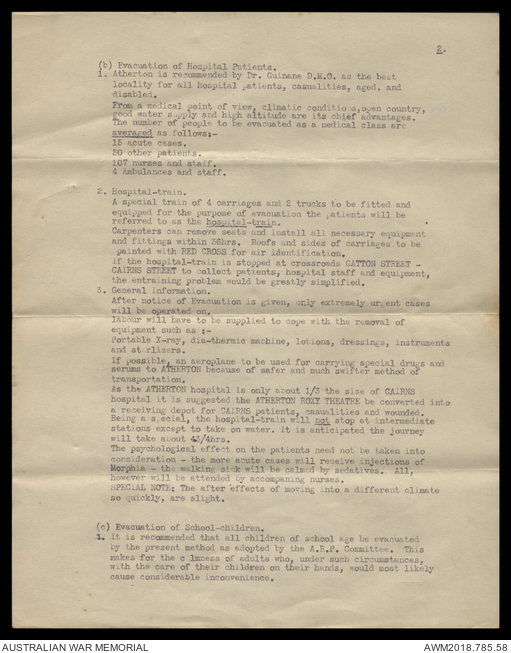 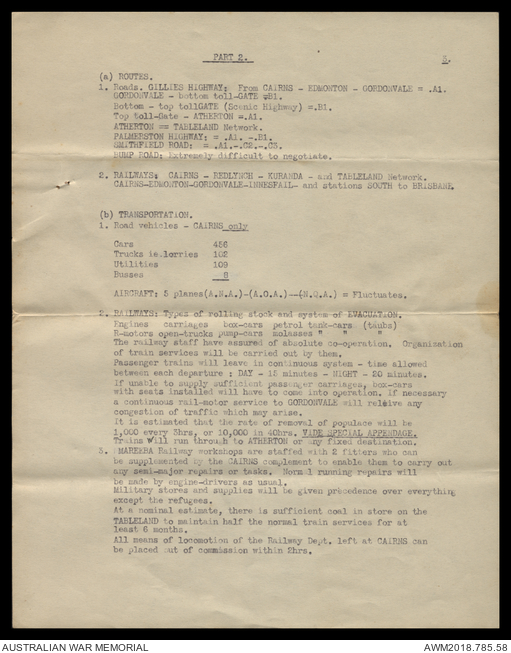 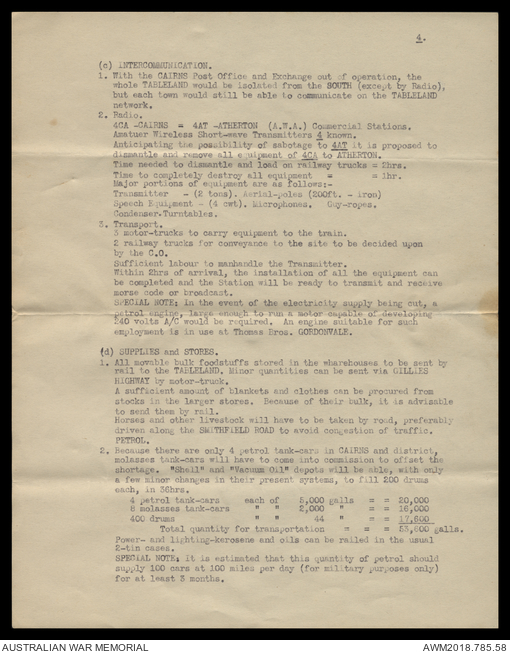 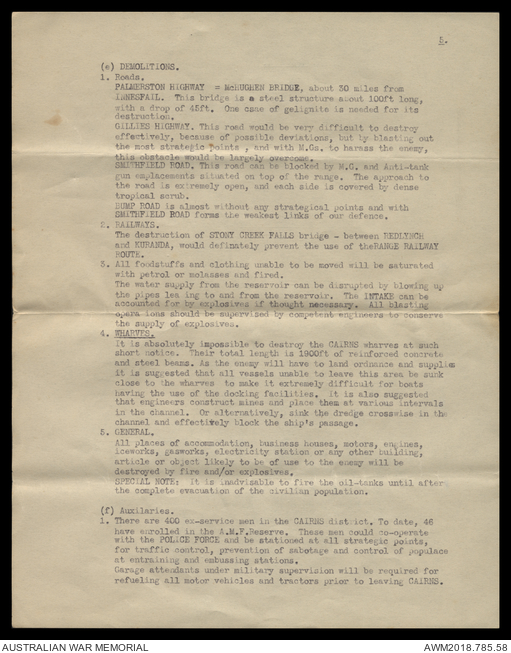 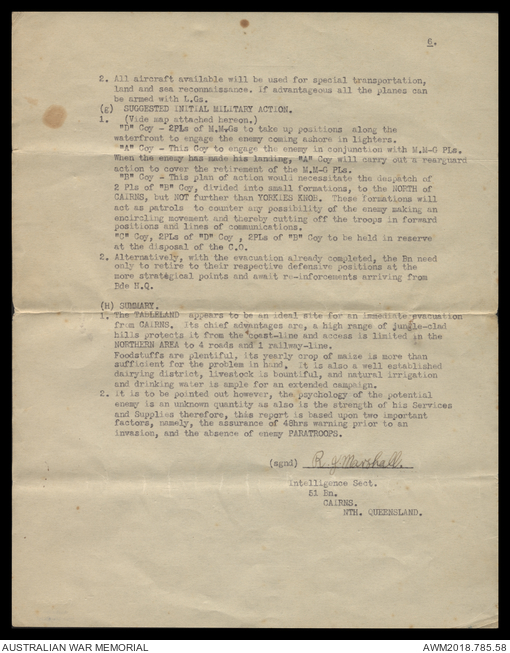 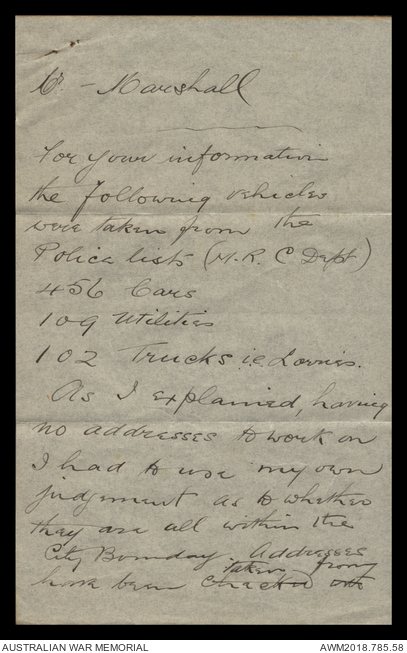 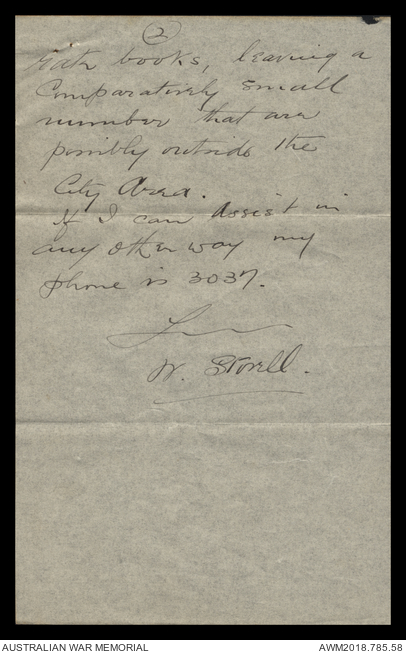 Letters relating to the Second World War service of Richard Marshall, 51st Battalion, Cairns (local militia). As part of his work in the Intelligence Section of the 51st Battalion, Cairns, Marshall prepared a report proposing strategies for the evacuation of Cairns in the event of an invasion by enemy forces. In his report, Marshall recommends that the populace of Cairns, including hospital patients and school children, be evacuated to the Atherton Tablelands if the necessity arose. He details the transportation of people and supplies by trains, road vehicles, and airplanes, and estimates that, all going according to plan, approximately 10,000 people could be evacuated in 40 hours. Marshall also suggests the destruction of key transport routes and public utilities after evacuation to slow the progress of invading enemy forces.
Additionally, this collection includes a letter from a Mr. W. Stovell containing details about numbers of police vehicles, which Marshall then used in his report.