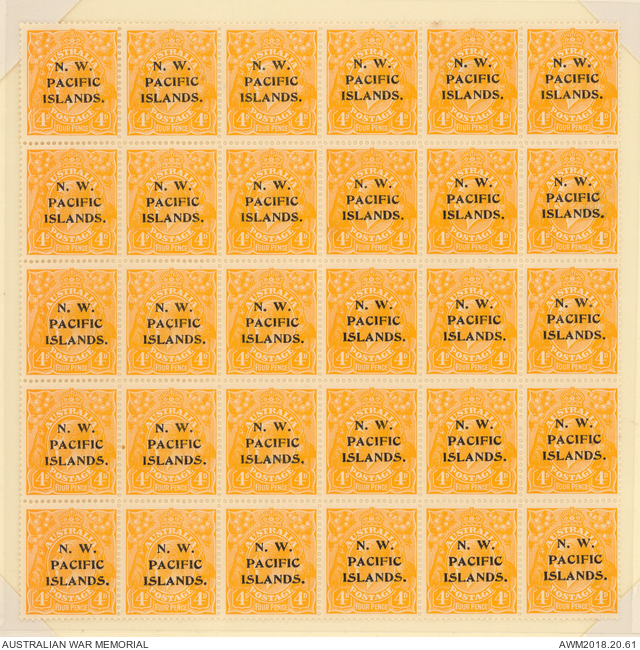 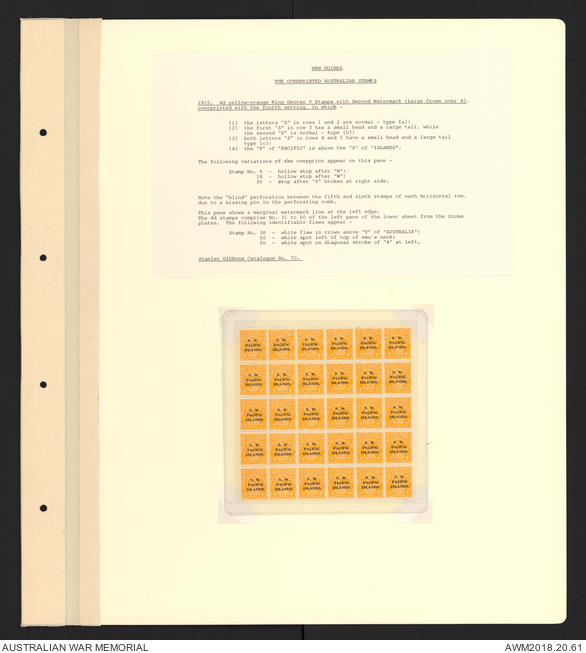 Block of 30 yellow-orange King George V stamps, overprinted with the fourth setting of N.W. Pacific Islands and carrying a value of 4d (4 pence).