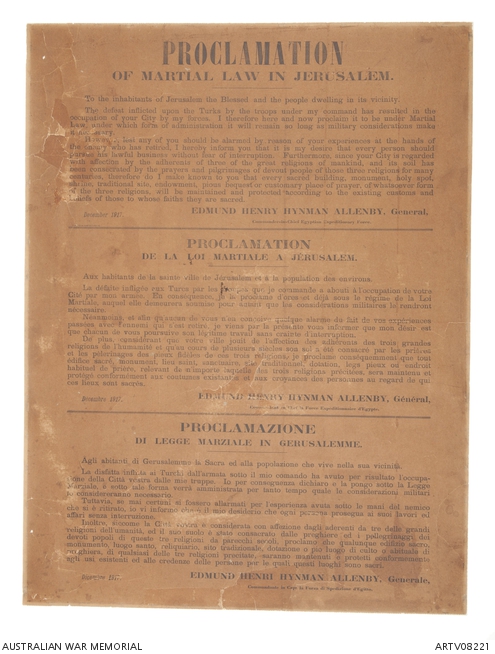 A poster proclaiming martial law in Jerusalem by General Edmund Henry Hynman Allenby, Commander-in-chief Egyptian Expeditionary Forces. Allenby had been put in charge of the EEF on June 27 1917, and one of the first moves he made was to support the efforts of T. E. Lawrence with 200,000 pounds a month. Allenby also re-organised the EEF and in doing so won the Third Battle of Gaza by suprising the Turks with an attack on Beersheba. He pushed on towards Jerusalem and captured the city on December 9th 1917. The poster was brought from Jerusalem by the Rev. Canon D.J. Garland, O.B.E., who was with General Allenby during his entry into Jerusalem.