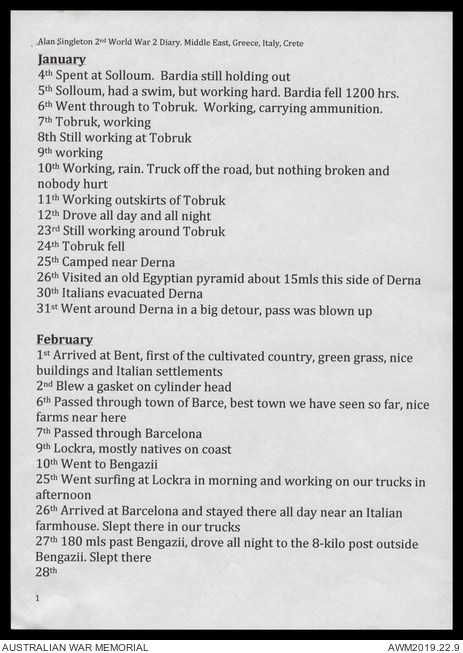 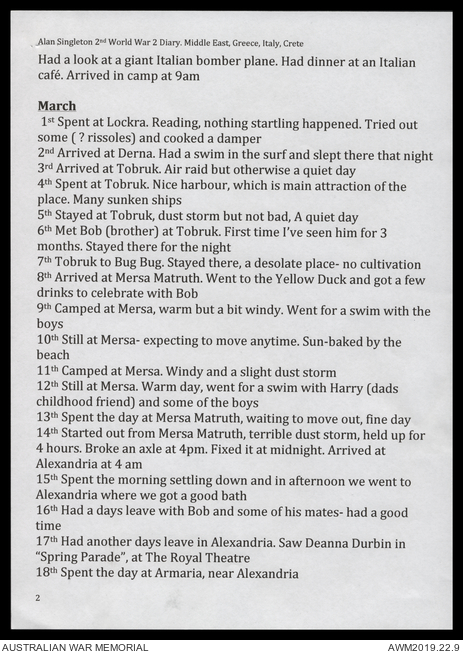 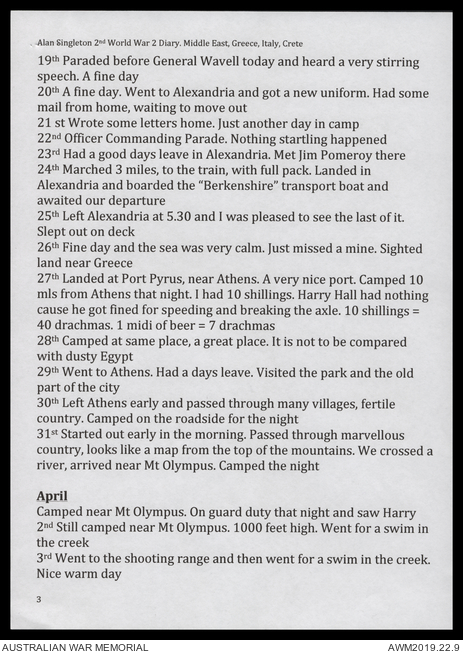 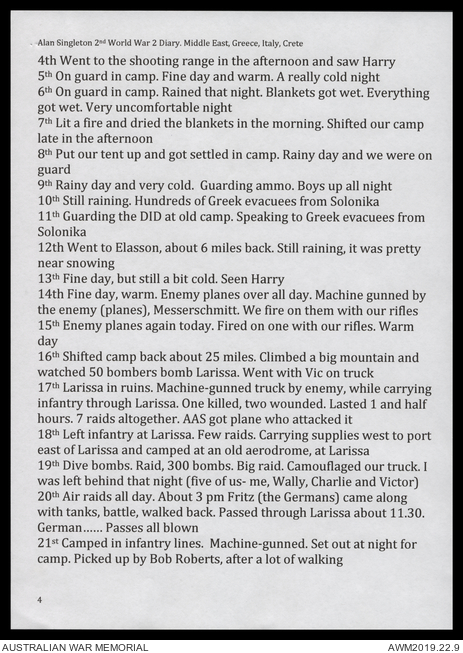 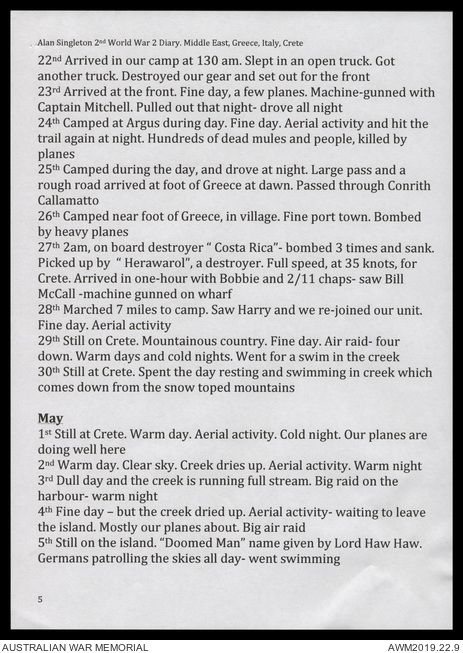 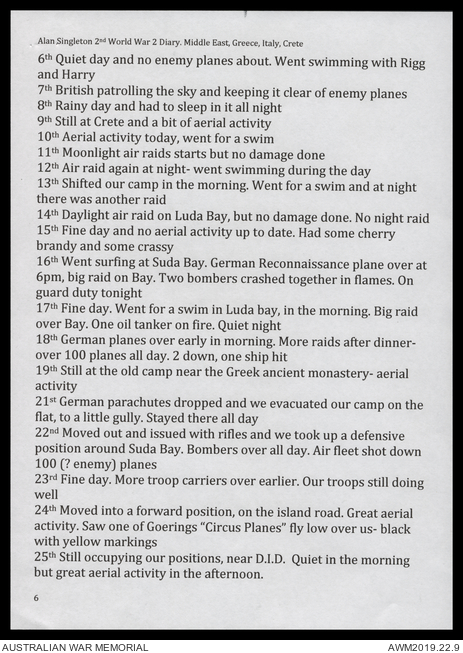 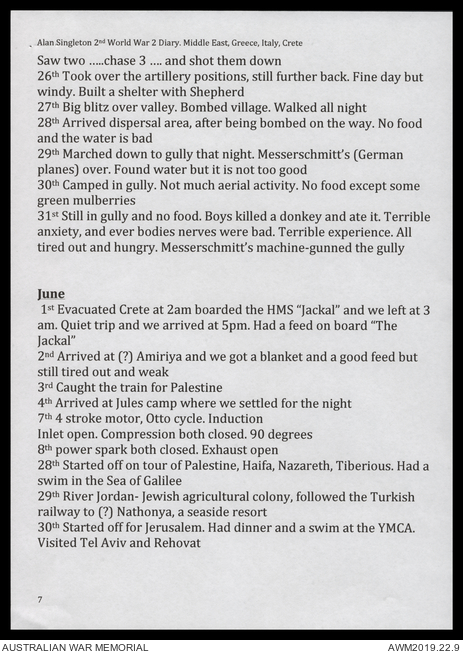 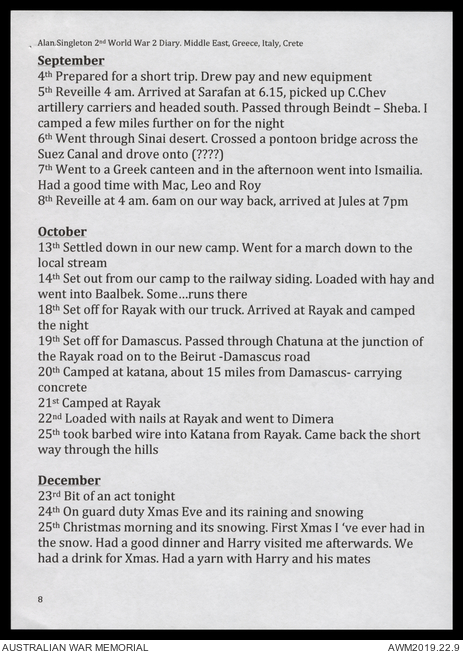 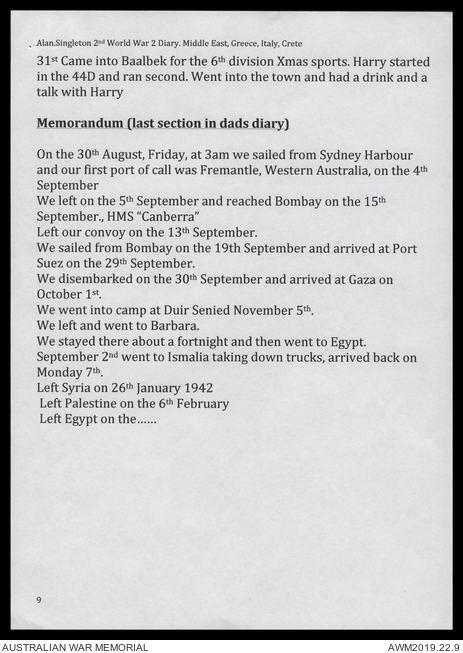 This transcription was prepared by Alan Louis Singleton and his daughter c. 2006. Please note that many diary entries have been edited and a number of others include short annotations relating to family members and friends in addition to terms and places referenced in the diary. Furthermore, the transcription of the memorandum at the end of the diary is incomplete.