Informal group portrait of members of No. 460 (Lancaster) Squadron RAAF in the Station Officers' ... 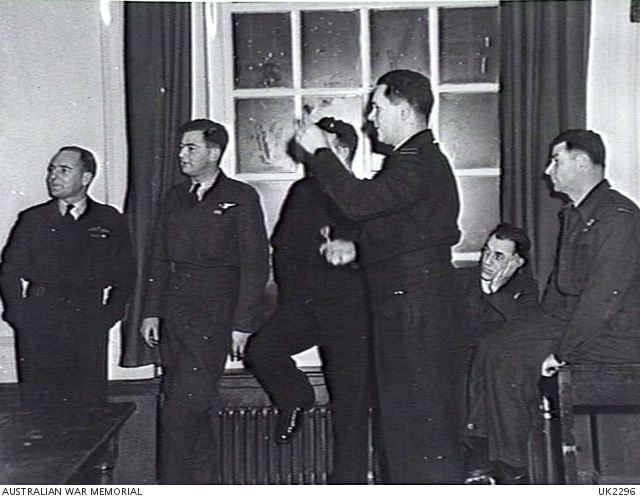