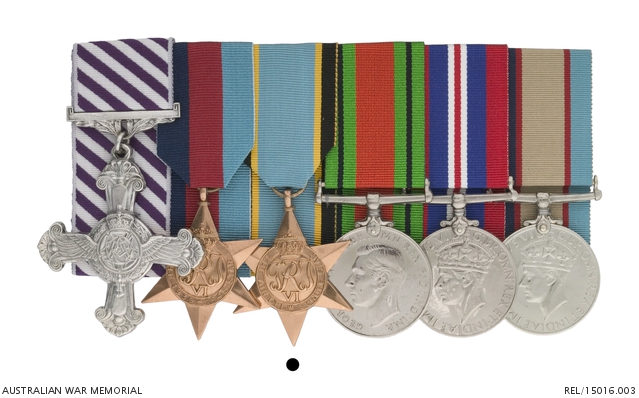 408295 Eric George Gentle was born in Tasmania in 1919 and enlisted in the RAAF in September 1941. By March 1943 he was a qualified navigator on Halifax and Lancaster aircraft. Gentle flew in England with 103 Squadron RAF and in early April 1943 was detailed for a 348 aircraft raid over Essen, Germany. Over the city, his Lancaster was pinned by searchlights and despite the pilot's evasive action, the plane was hit by flak, destroying both ailerons. Gentle was awarded the Distinguished Flying Cross for his work in bringing the bomber back to base. Eric Gentle later transferred to 156 (Pathfinder) Squadron and completed the war as a transport pilot. He continued to serve with the RAAF until at least 1958, with the final rank of Wing Commander.