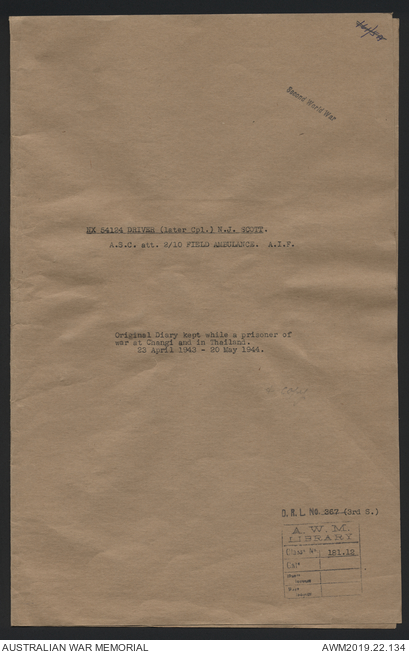 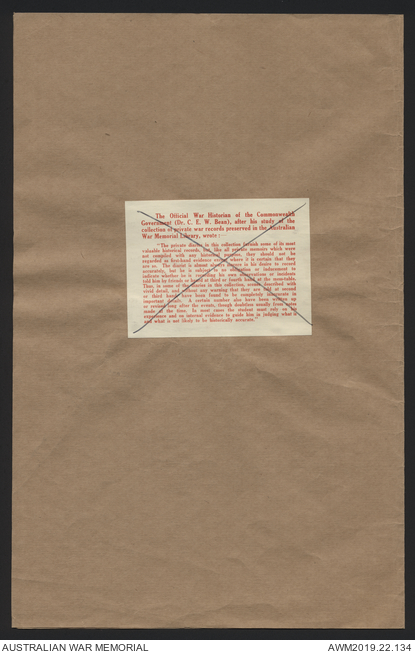 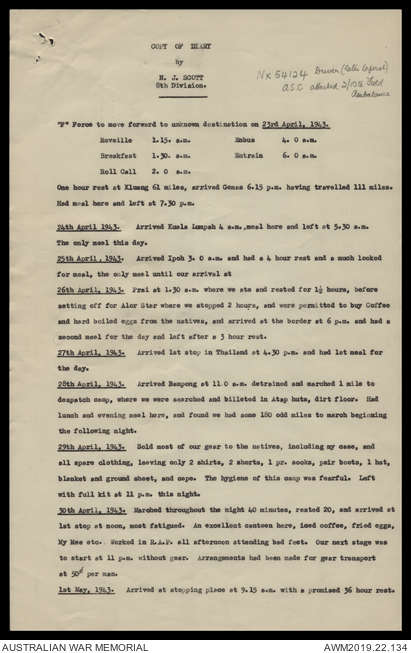 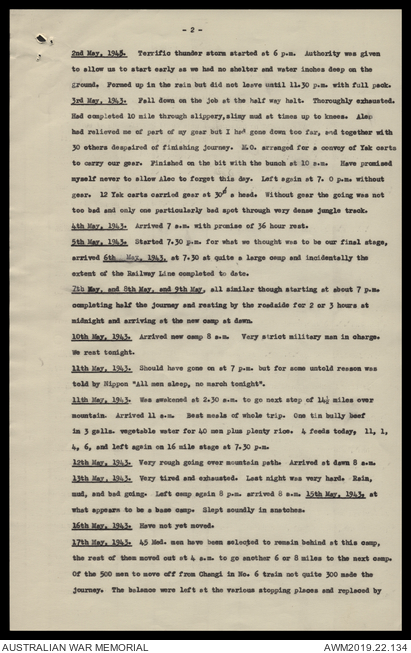 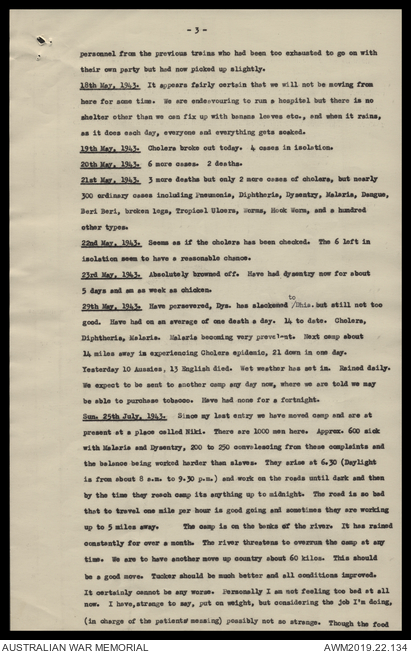 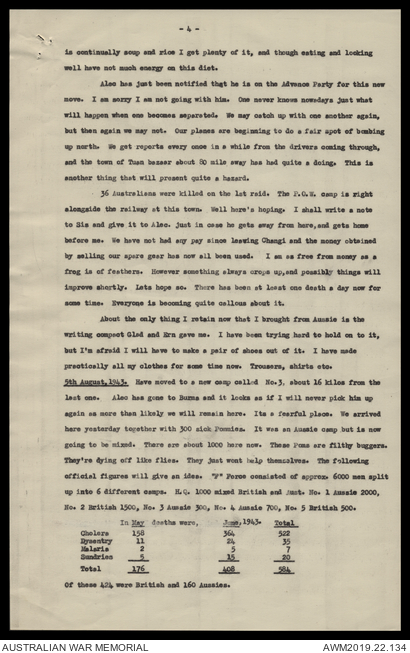 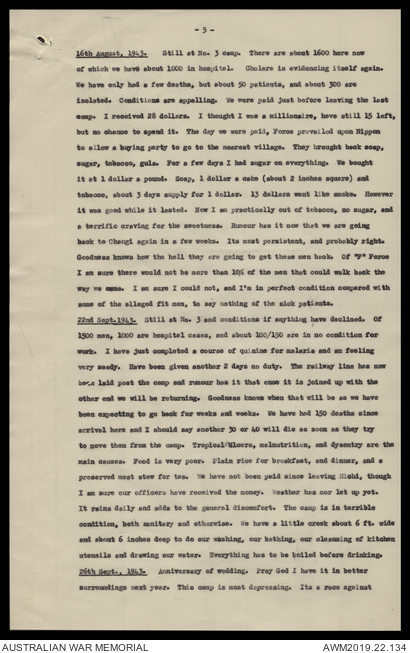 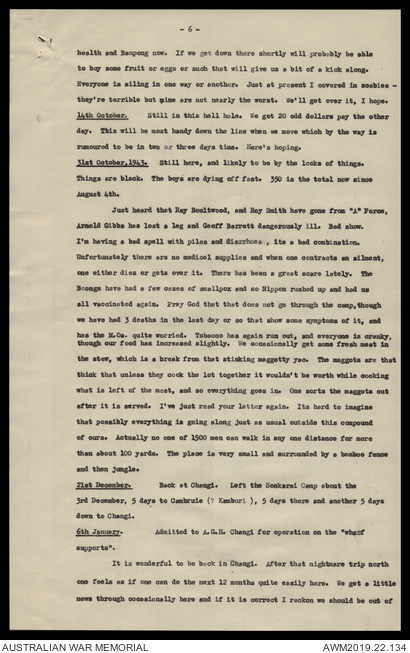 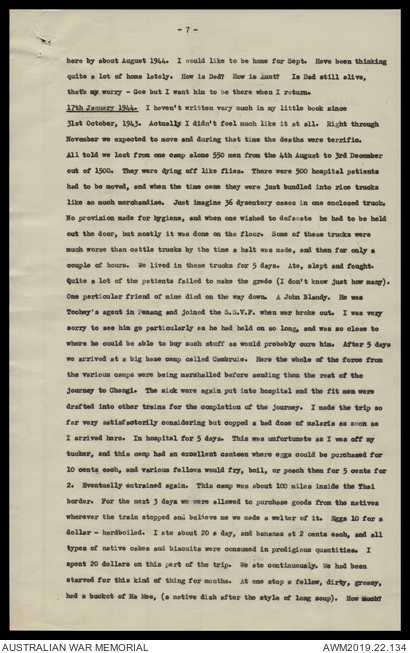 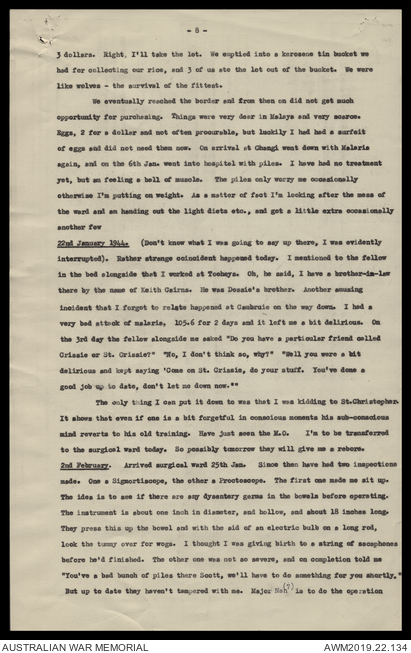 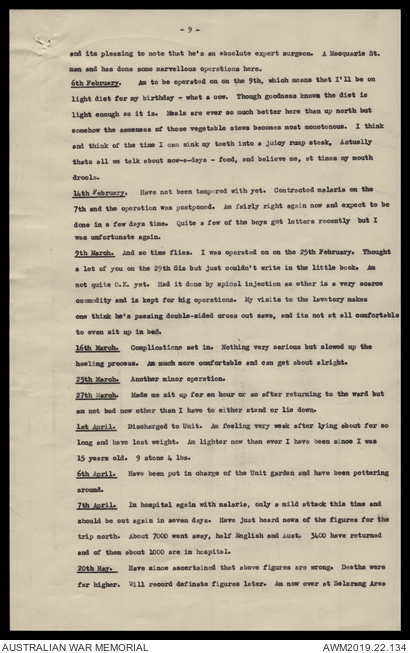 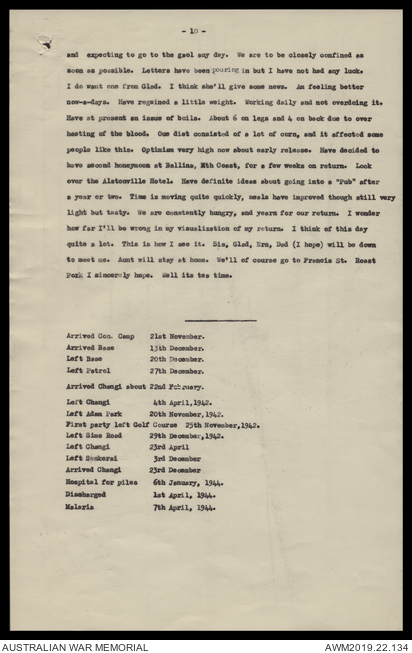 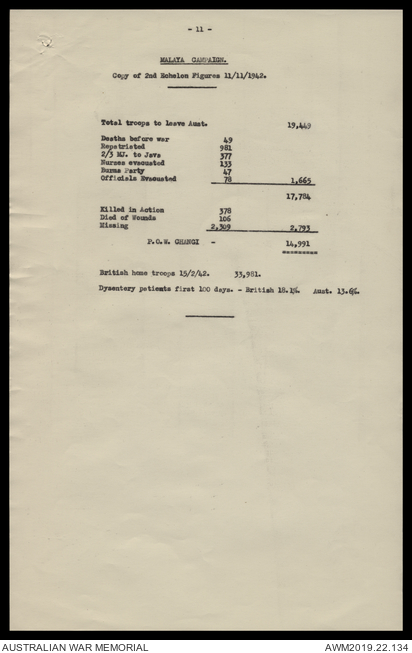 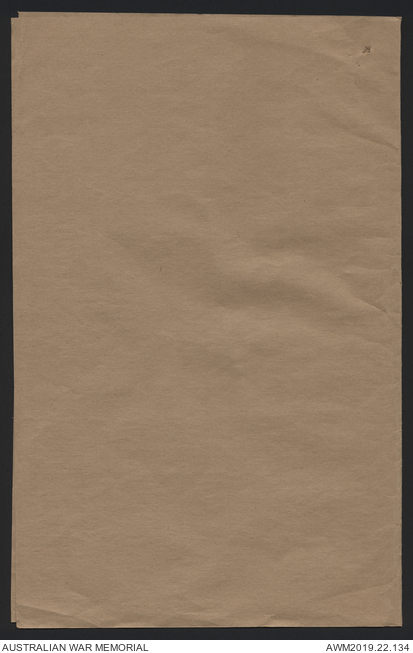 Transcript of diary relating to the Second World War service of NX54124 Corporal Norman John Scott, 2/10 Field Ambulance. This diary has entries dated between 23 April 1943 and 20 May 1944, and contains details of Norman Scott’s experiences as a prisoner of war of the Japanese. Some of these experiences include his long, hard journey from Changi to the Thai-Burma border, medically treating very sick prisoners of war that had worked on the Thai-Burma Railway, managing the distribution of food among patients, constantly working in the rain, making his own clothes, eating a poor diet, and his unpleasant journey back to Changi with a large group of dysentery patients. Upon his return, Scott writes that he became ill with malaria, underwent an operation, and was put in charge of the unit garden. Throughout his diary, Scott records the numbers of illnesses and deaths of prisoners of war in the camps he is in.