Transcription of Diary relating to service of Hugh Rayson, 1945 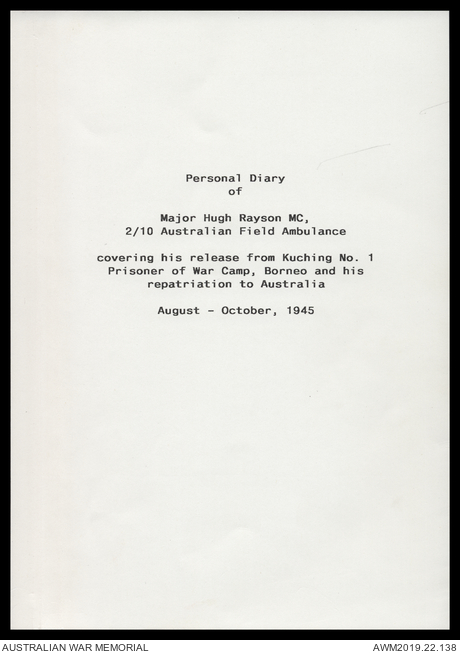 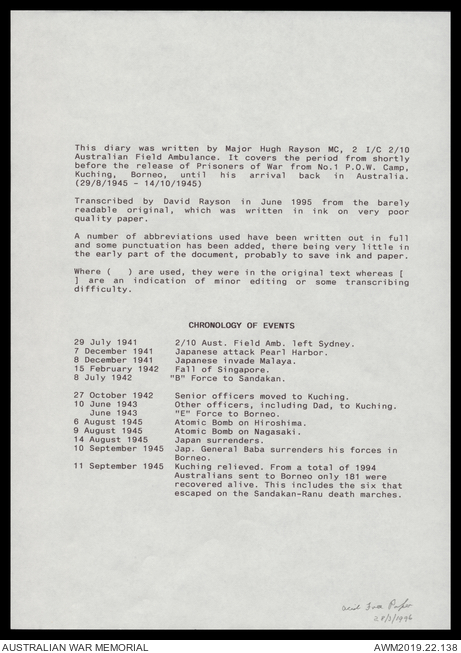 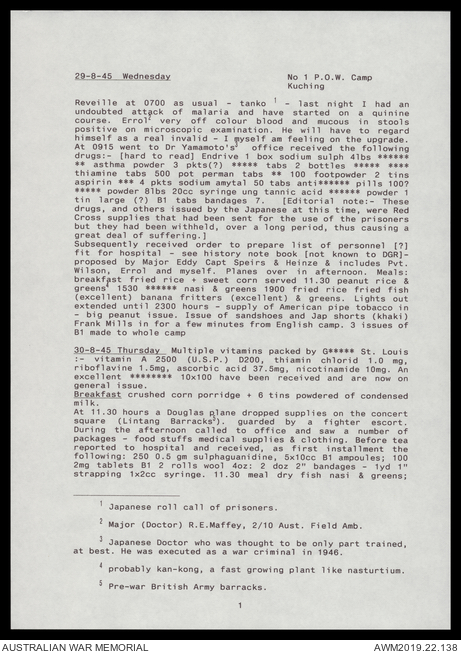 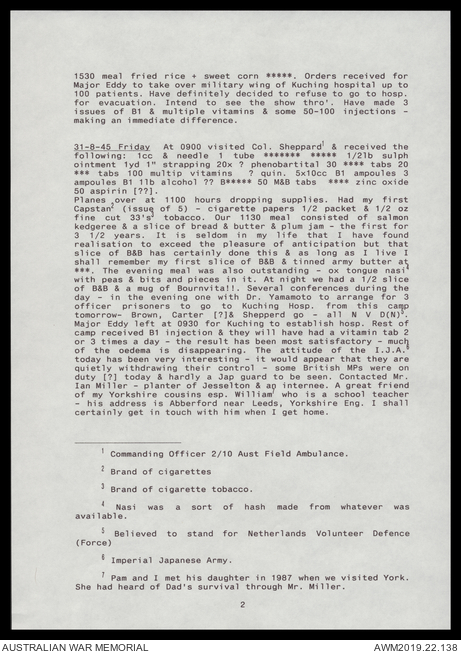 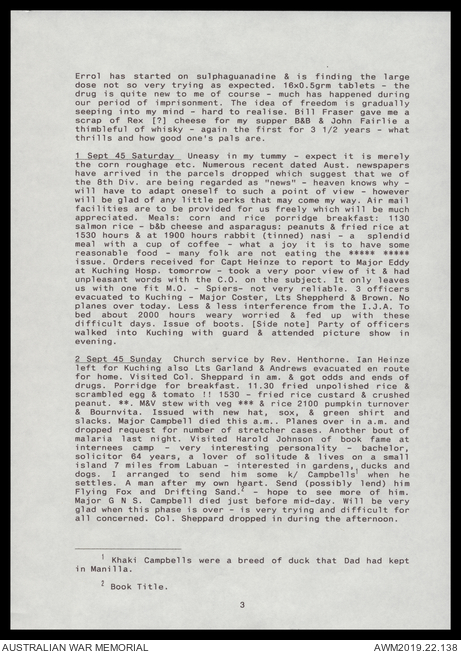 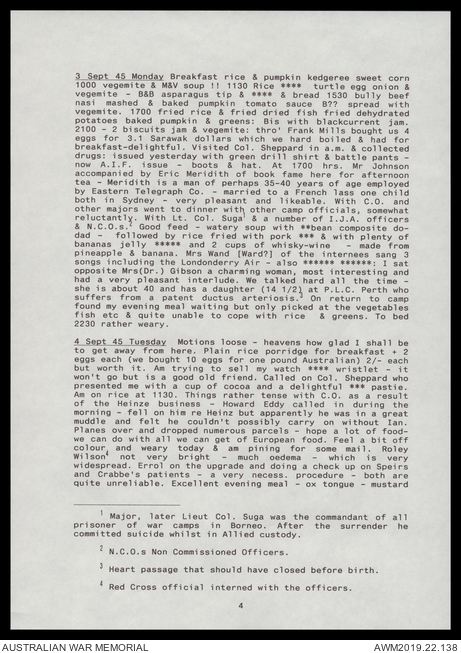 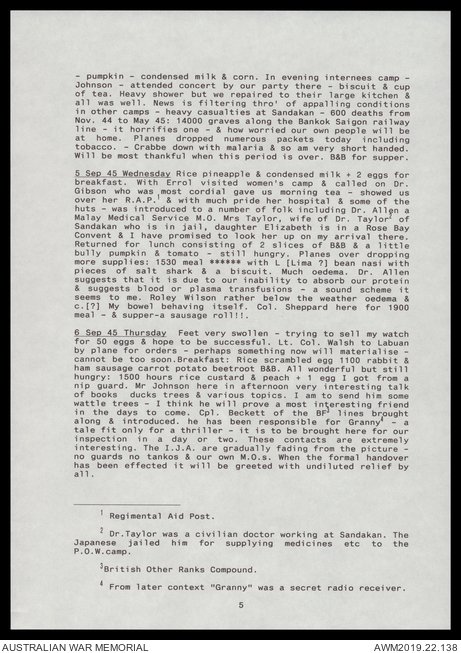 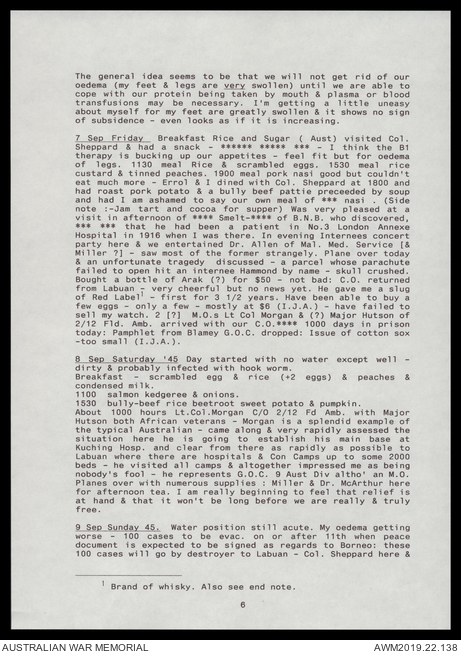 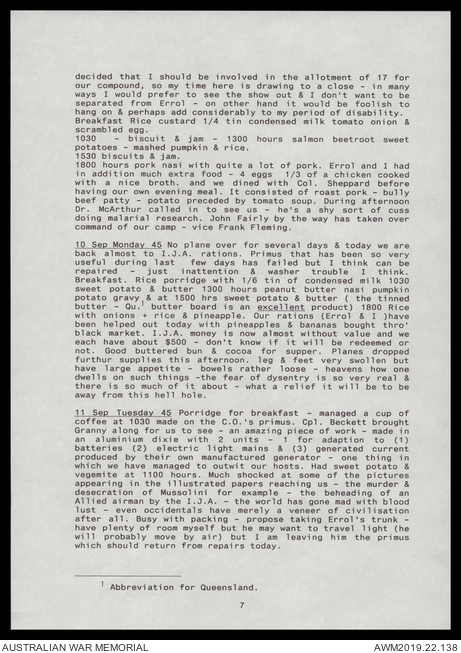 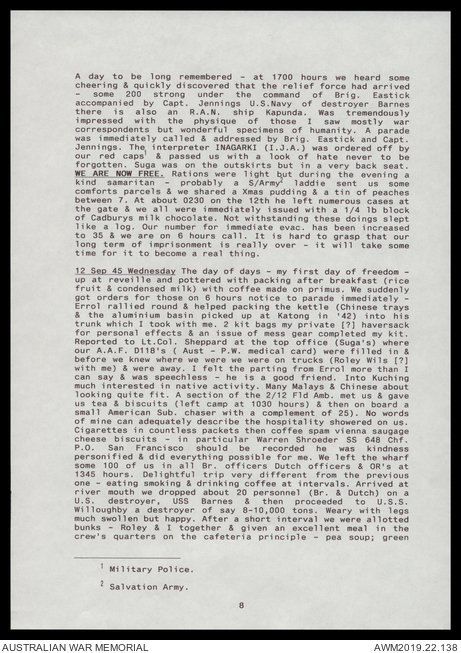 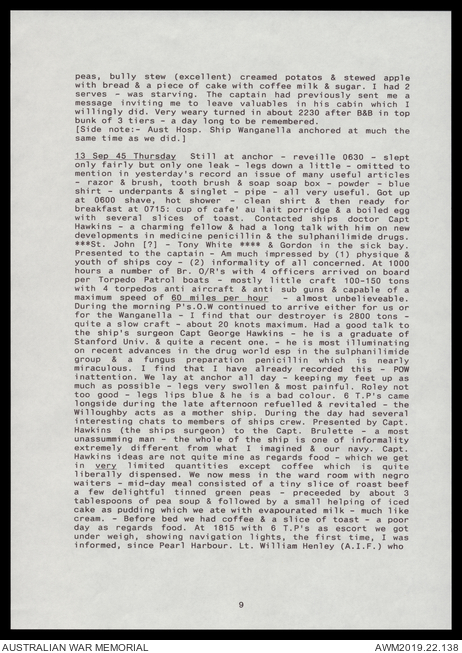 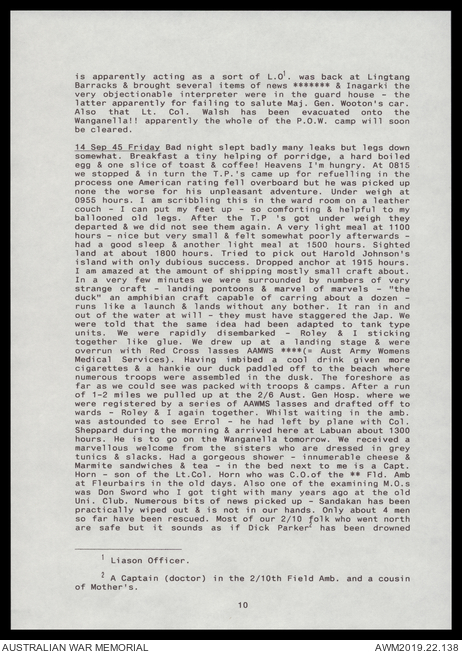 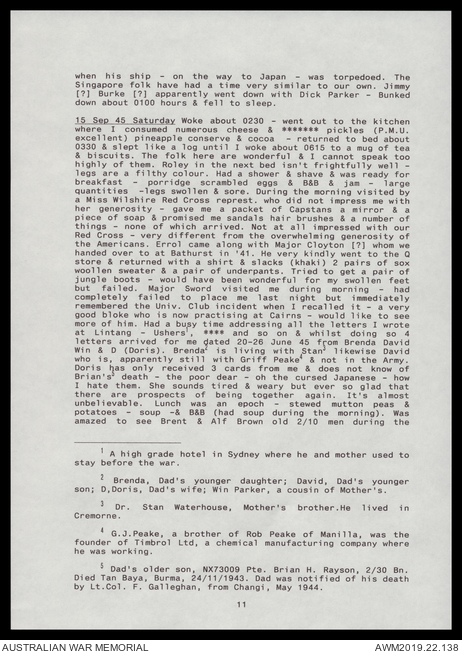 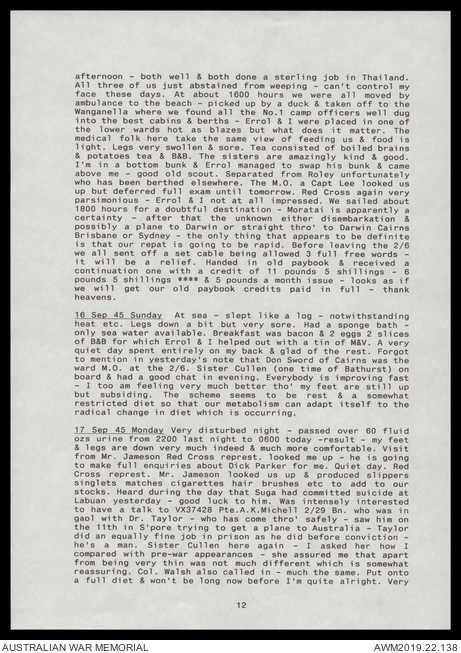 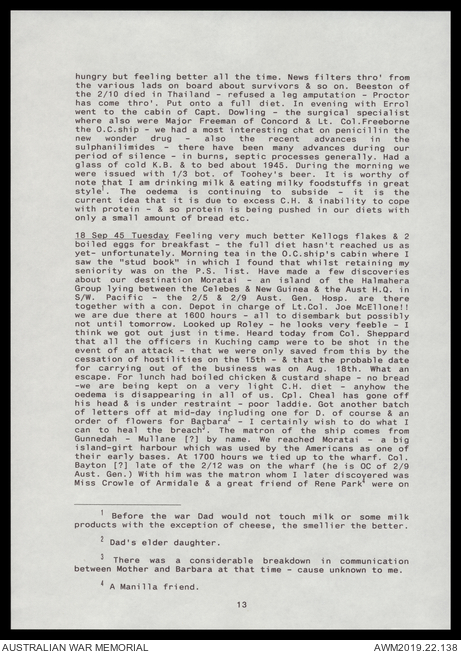 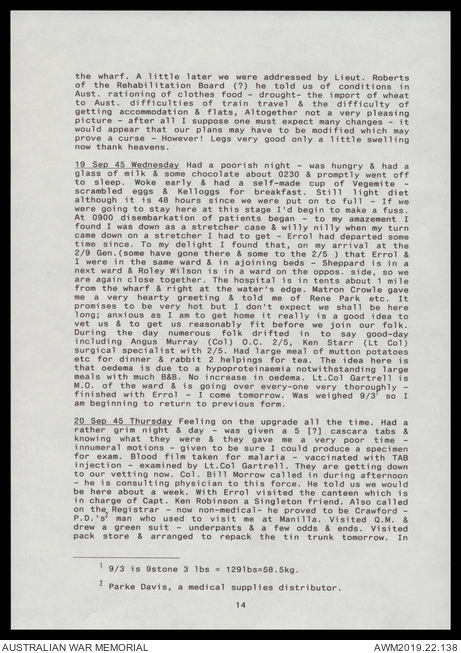 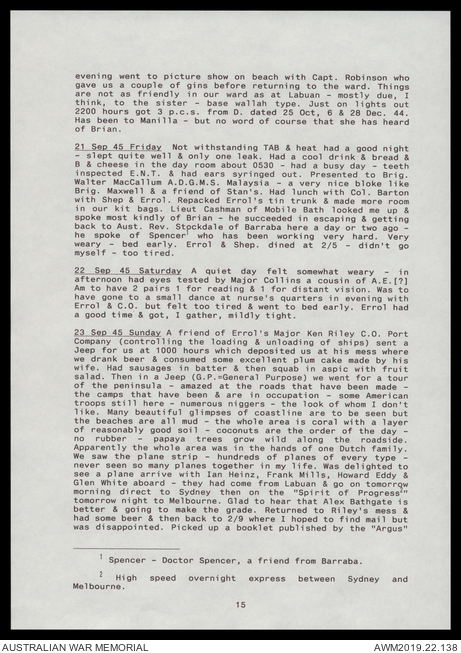 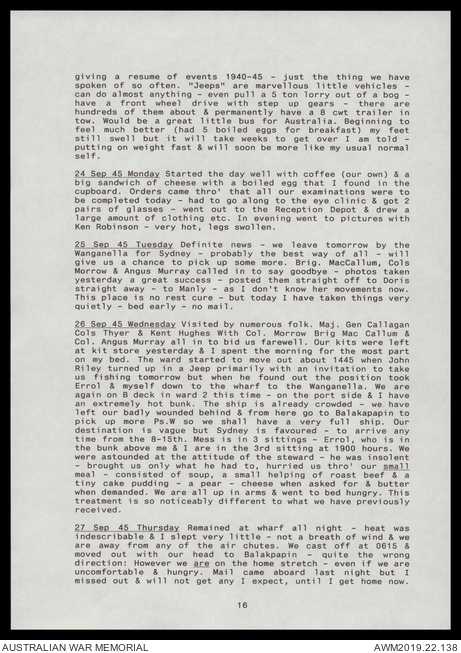 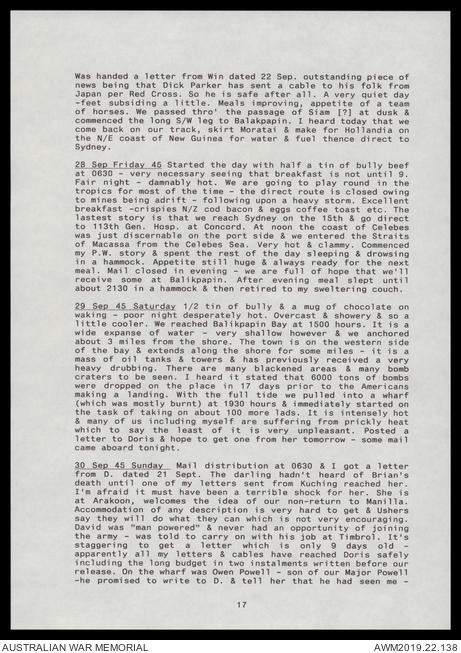 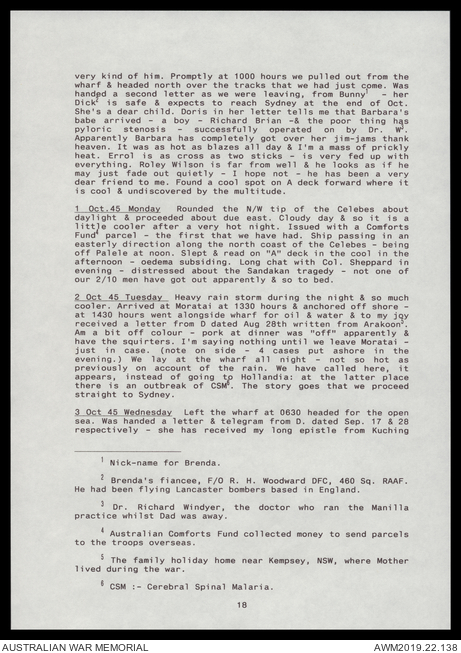 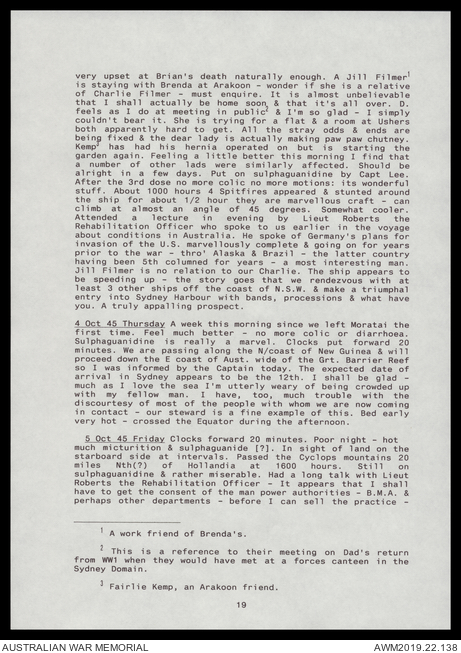 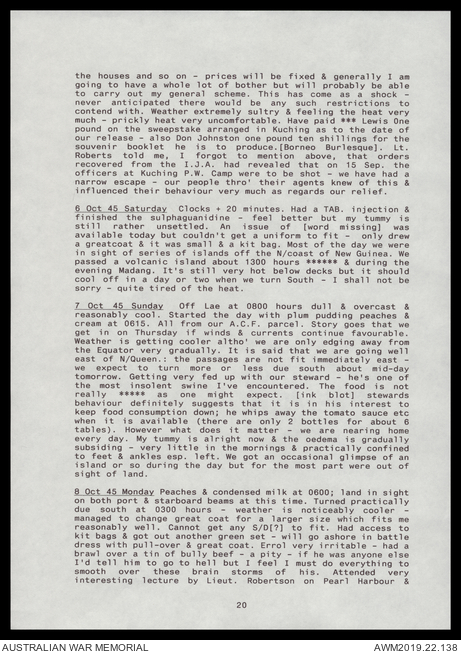 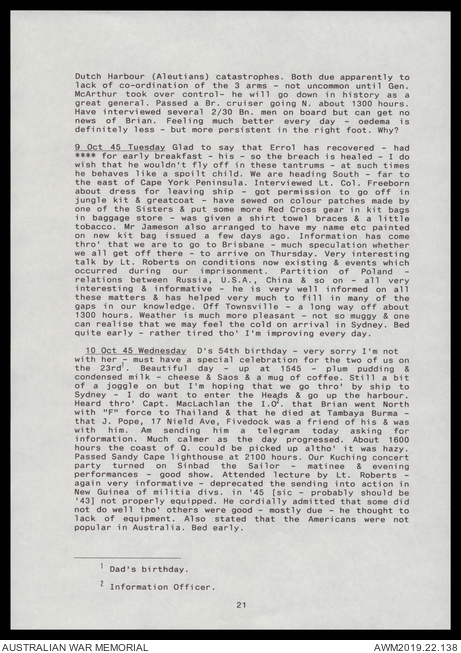 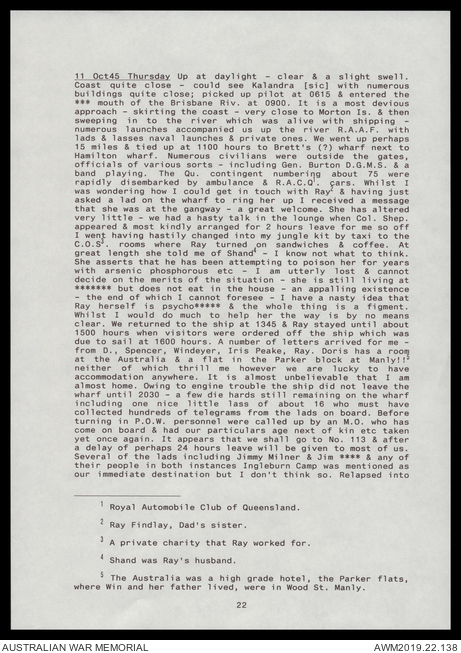 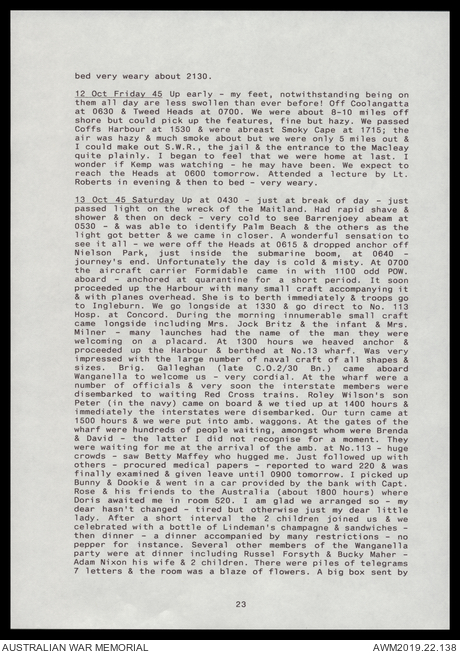 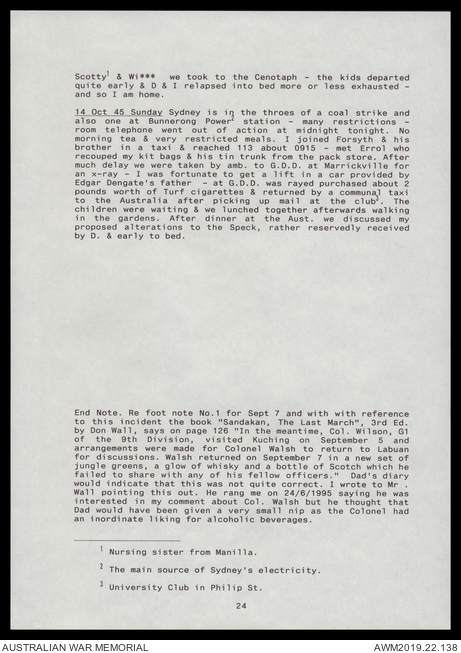 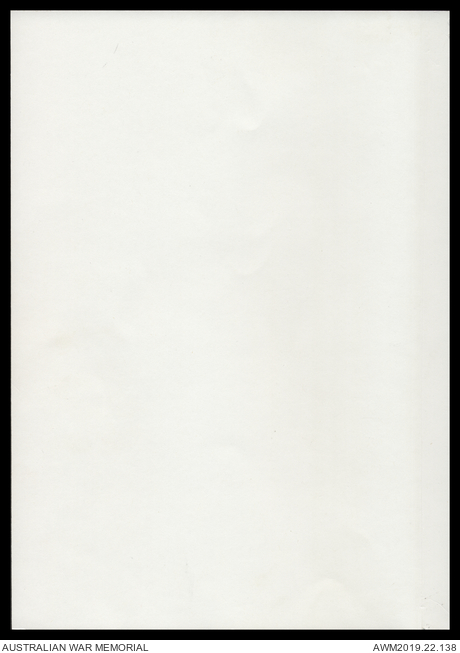 Transcription of a diary relating to the Second World War service of NX34706 Major Hugh Rayson MC, 2/10 Australian Field Ambulance. The diary covers the cessation of hostilities in Borneo around 29 August 1945 and continues until Rayson’s return to Australia on 14 October 1945. Rayson gives a daily account of his gradual release from captivity, as well as the effects of the captivity on his health (especially oedema) and that of his fellow POWs, his voyage to Sydney on the HMAHS "Wanganella”, and his reunion with his wife and children in Sydney. Particular focus is given to the treatment and rehabilitation of the released POWs. Transcription also includes additional notes by David Rayson.