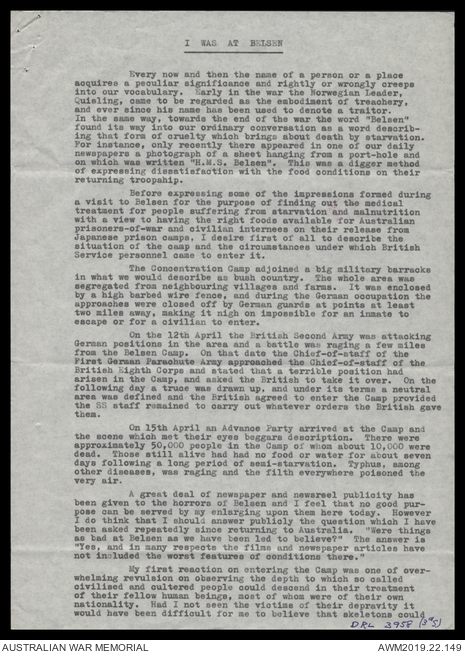 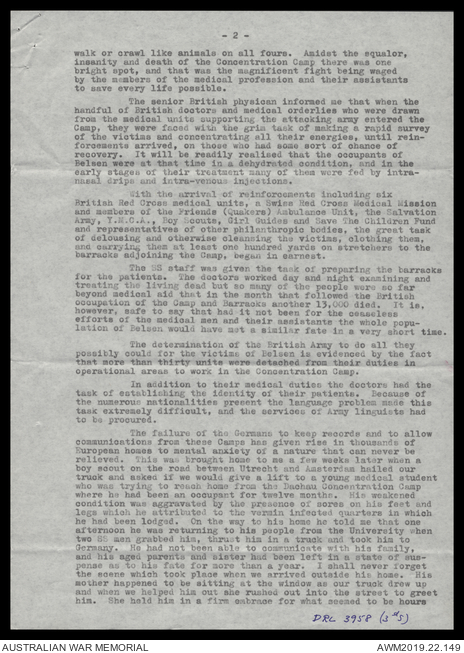 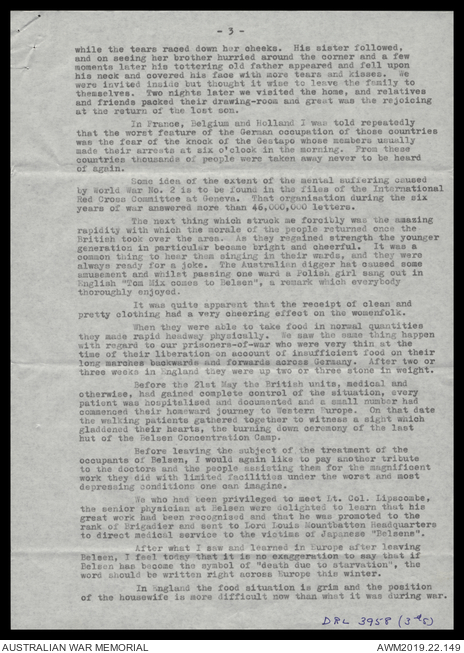 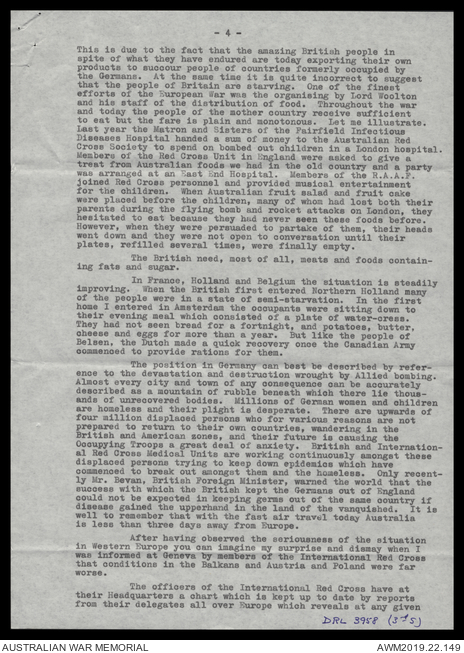 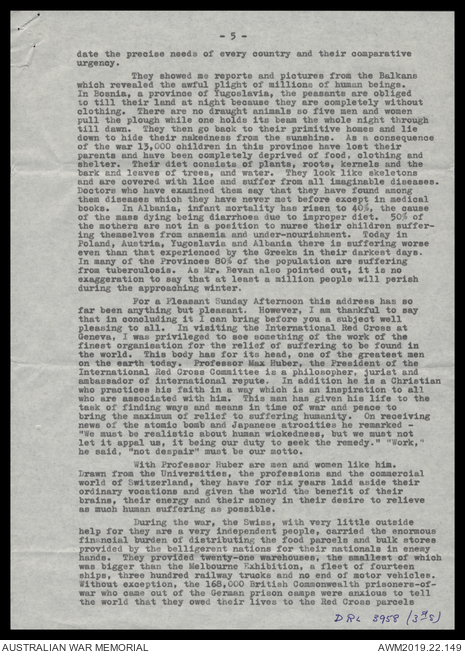 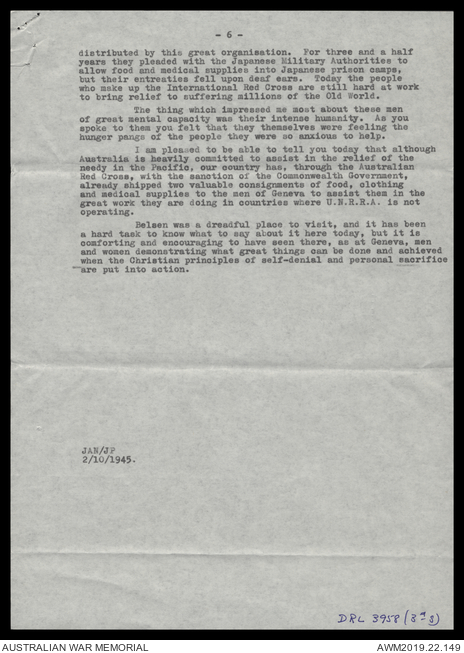 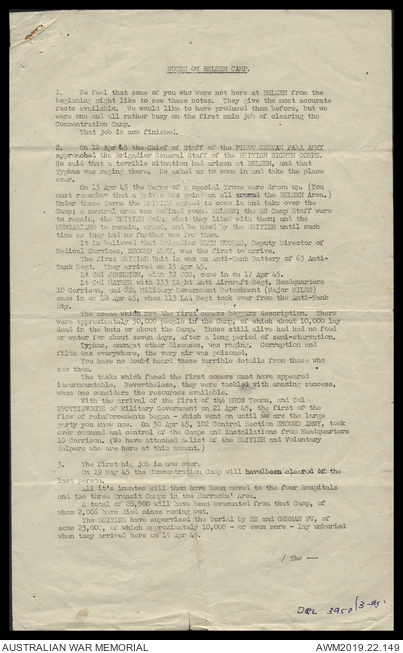 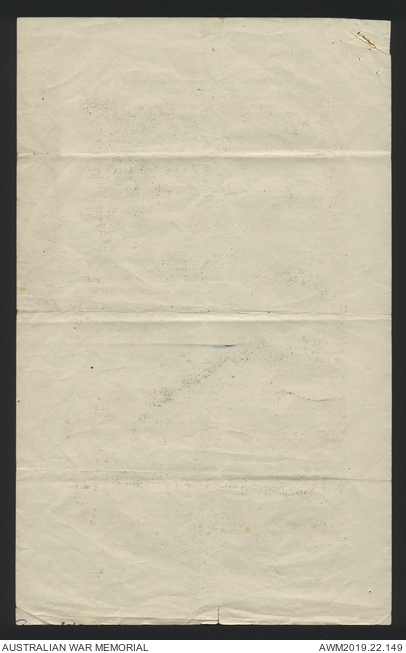 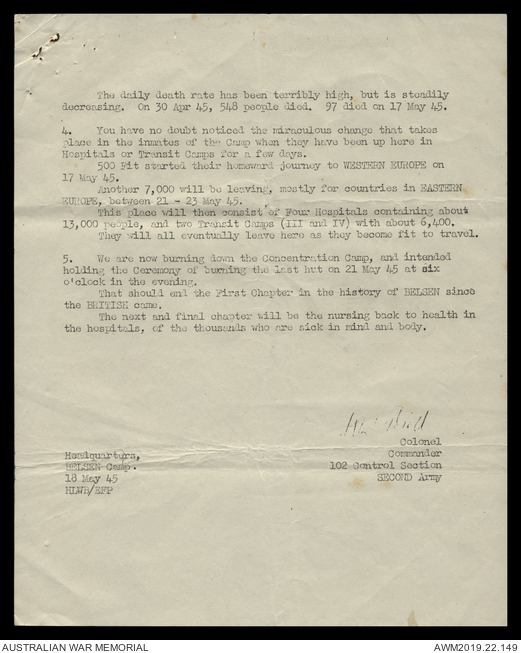 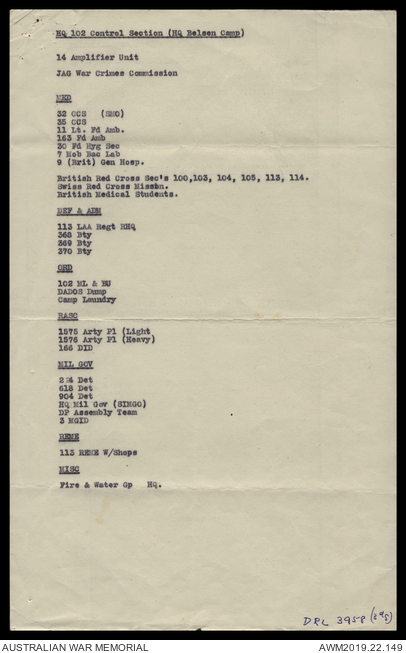 Papers relating to the Second World War service of John Angus Nimmo, Australian Red Cross. On 2 October 1945, Nimmo delivered a paper titled, 'I was at Belsen' to the Wesley Church at Melbourne. In this paper, he describes the conditions he found at Belsen Camp, Germany, when he visited it in April 1945 with the purpose of learning about appropriate diet and treatment methods for starving and malnourished prisoners of war. He also talks about the conditions that people were living in elsewhere in Europe, such as England, Holland, Belgium, and the Balkan States. The collection also includes notes prepared by the Commander of 102 Control Section, British Second Army, after liberating Belsen on 15 April 1945, and a page detailing the units that formed the 102 Control Section.