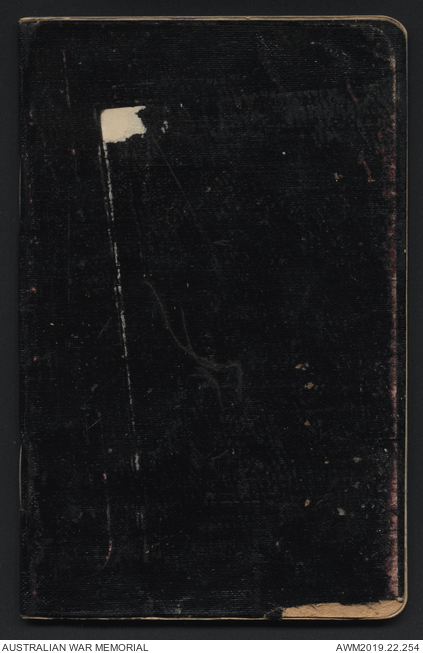 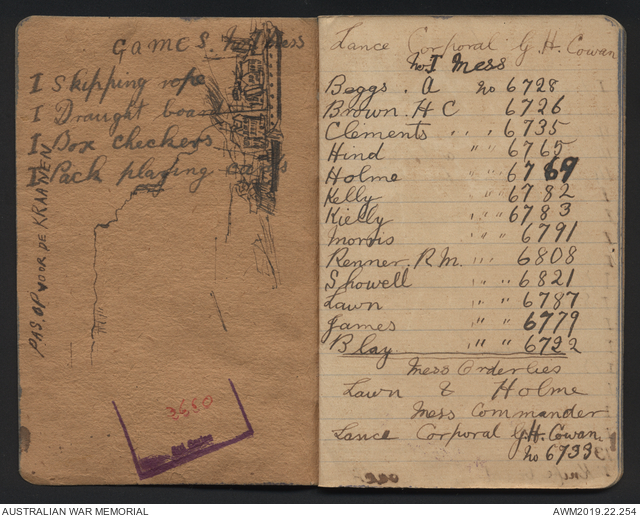 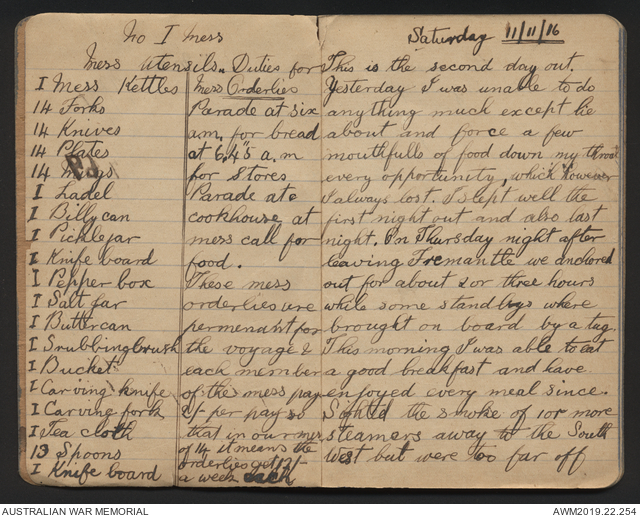 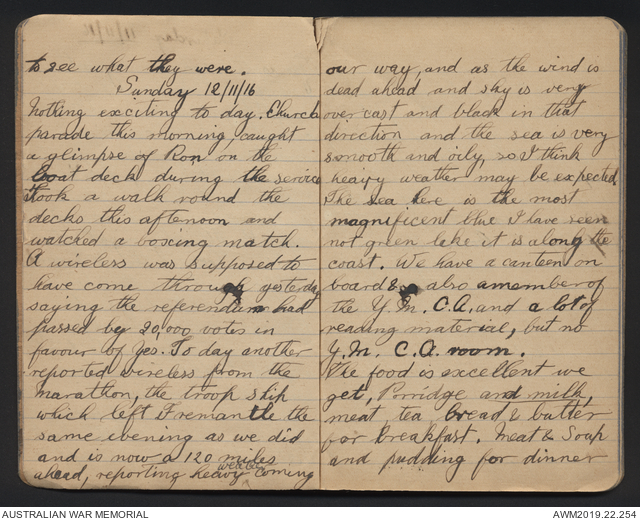 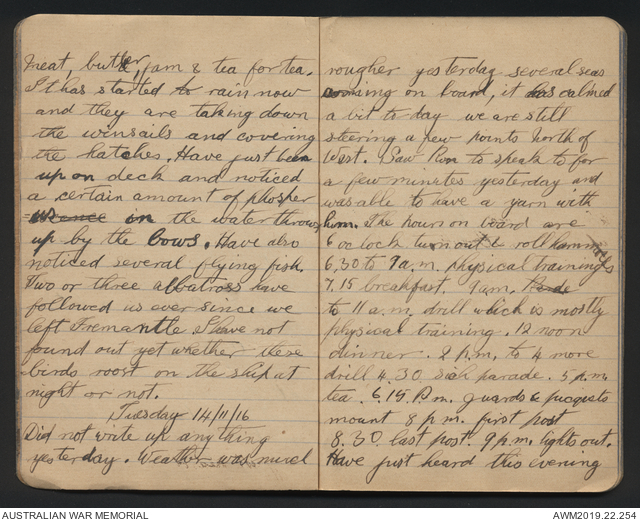 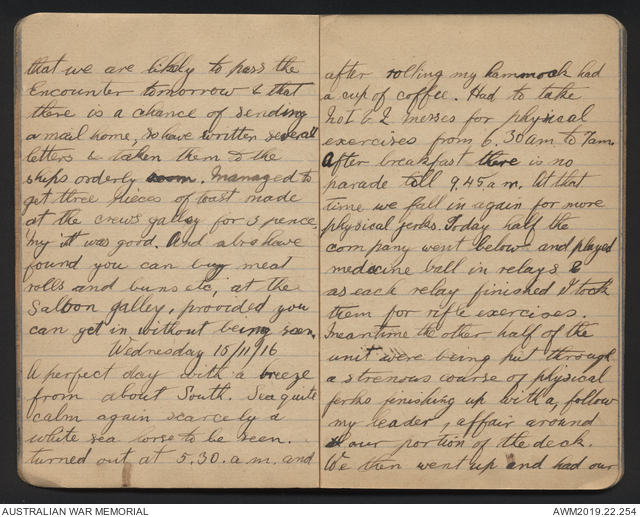 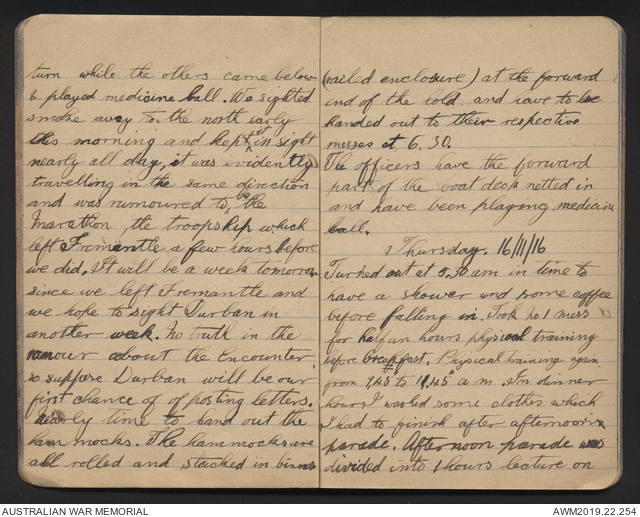 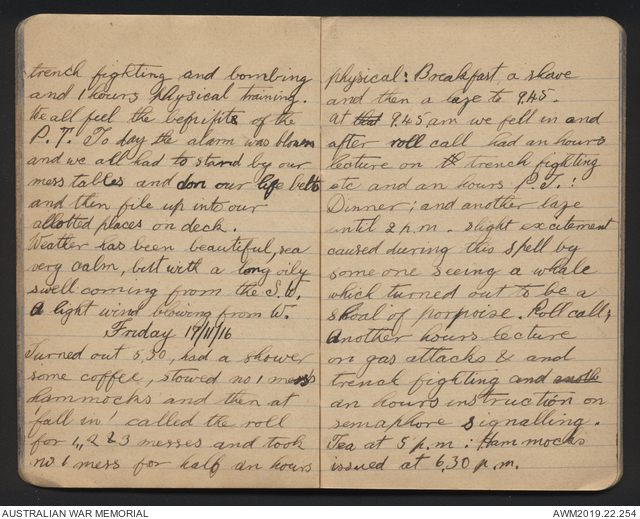 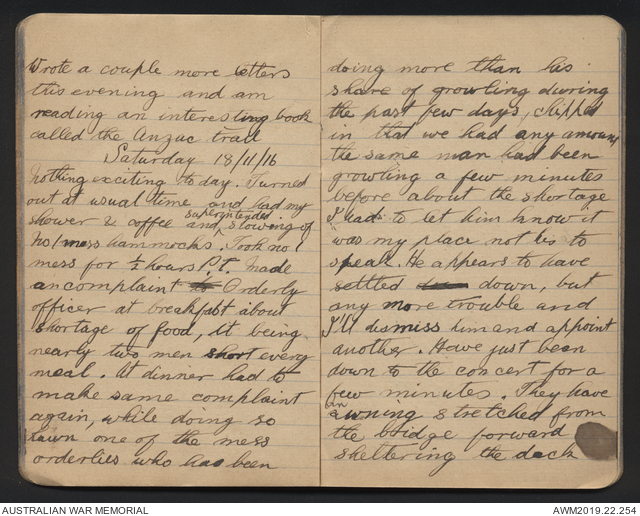 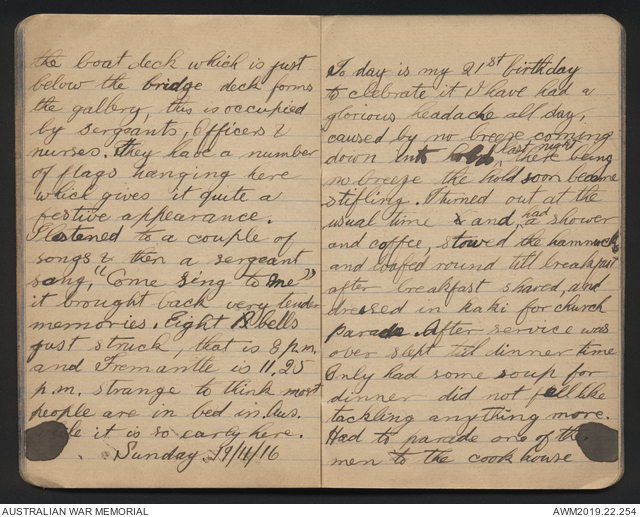 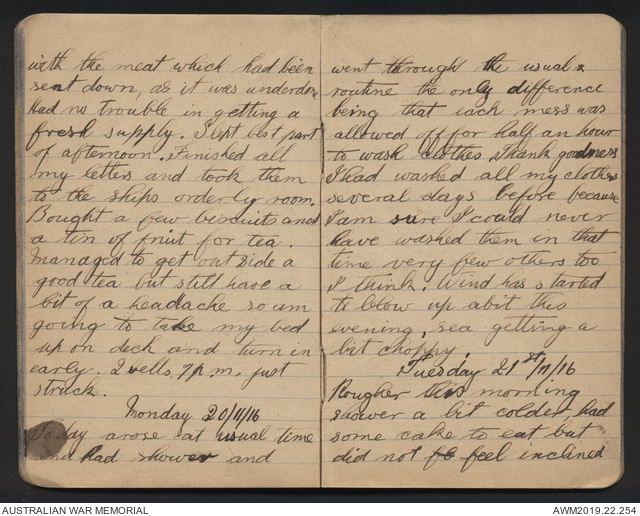 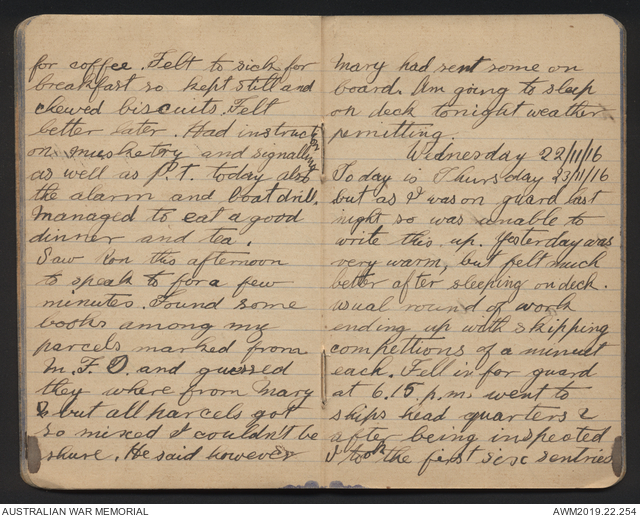 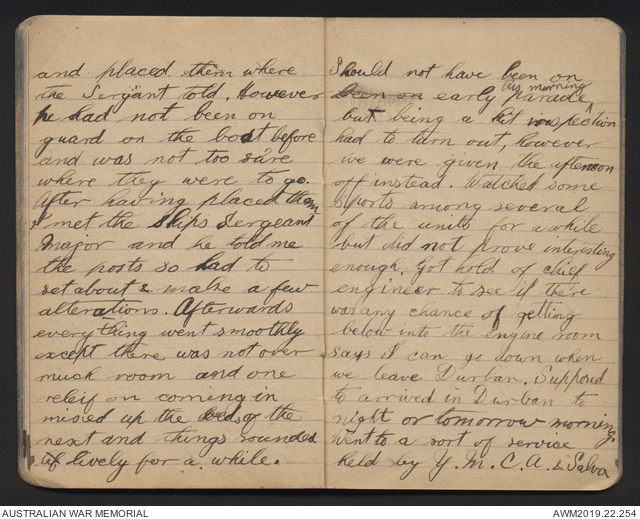 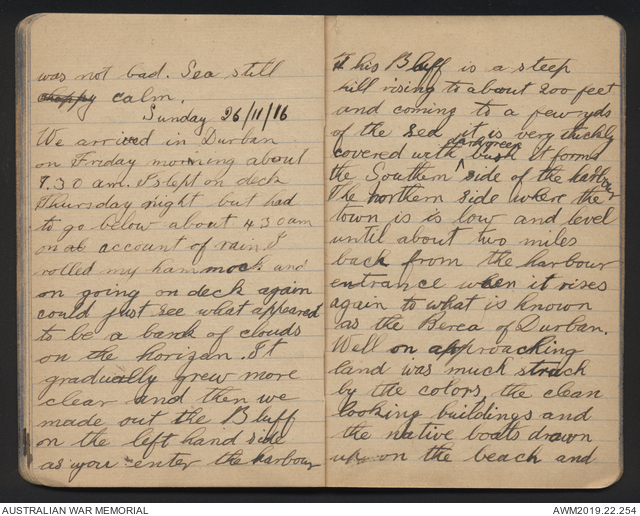 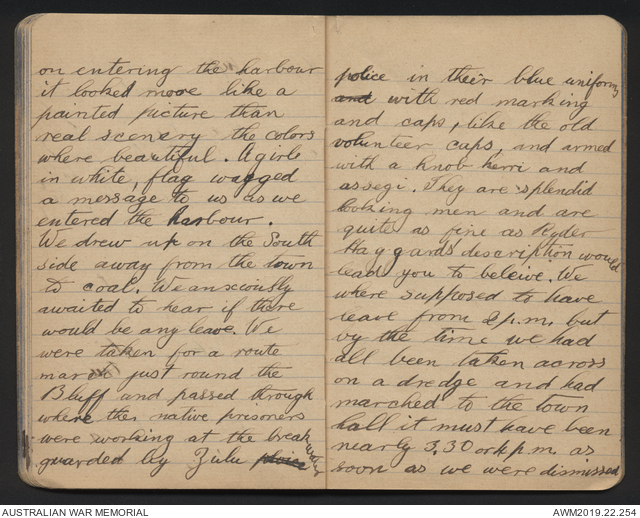 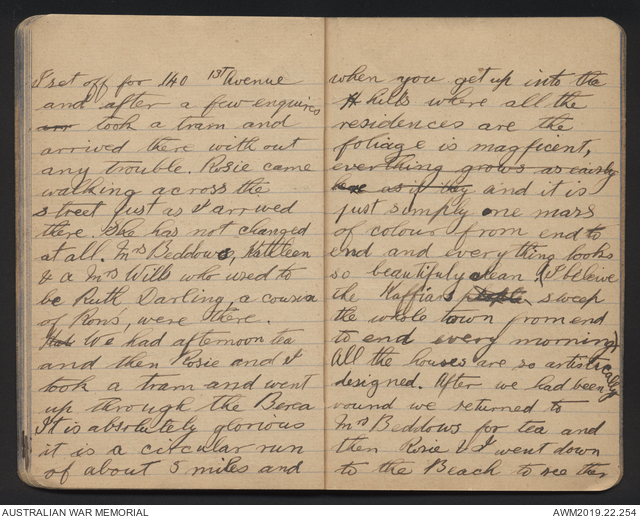 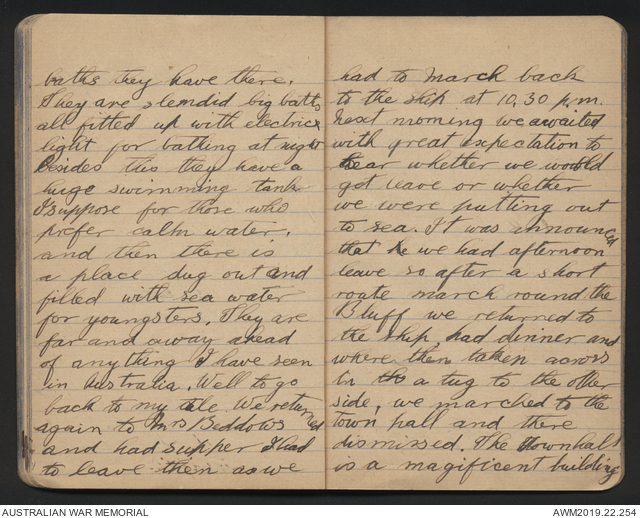 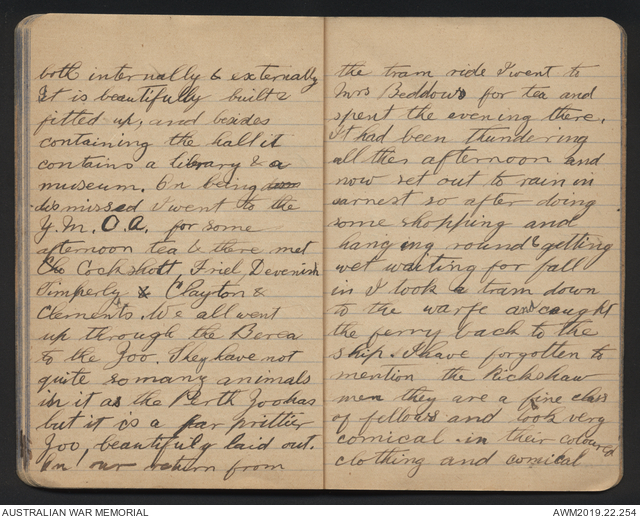 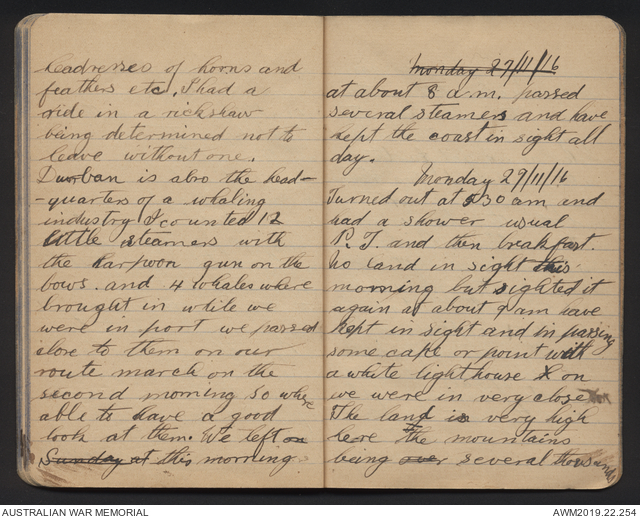 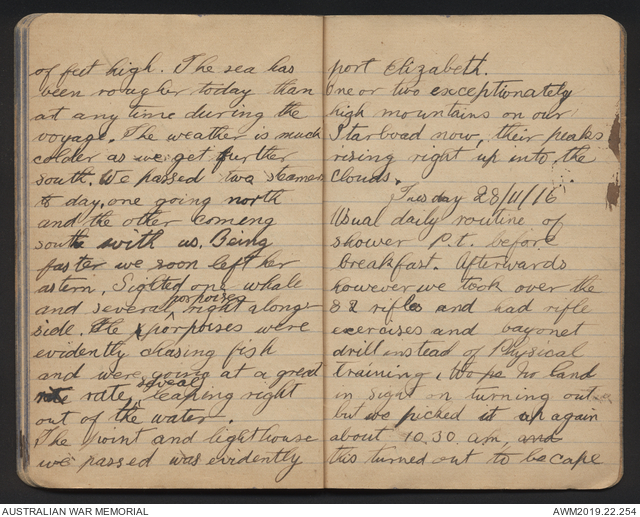 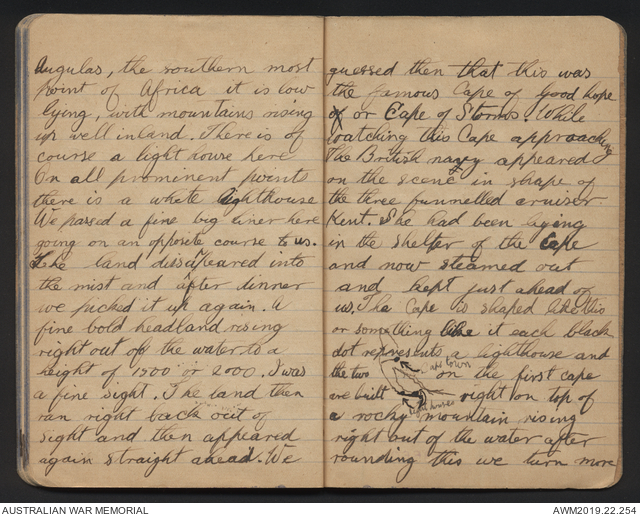 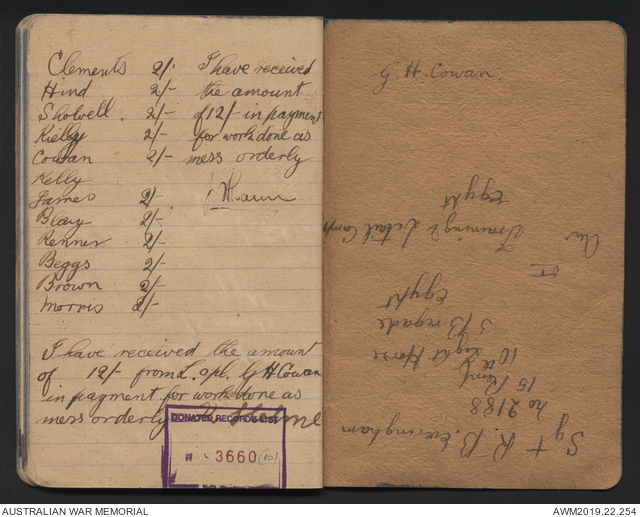 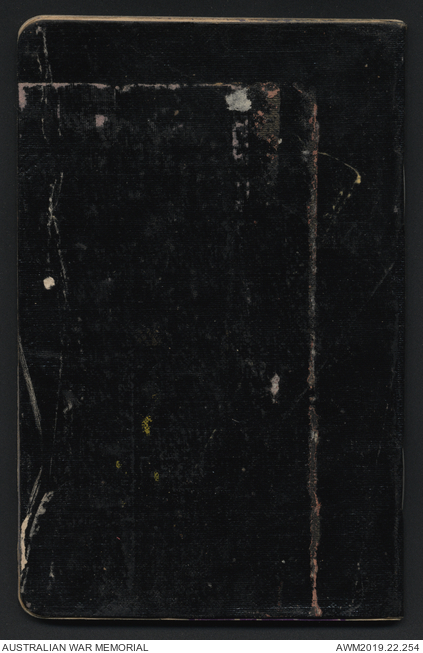 This diary, written by Cowan between 11-28 November 1916, contains details of his embarkation aboard the HMAS Argyleshire. Some of his experiences included sea sickness, spectating sports matches, physical training, regular parades and drills, seeing interesting marine life, attending a concert, being on guard duty, sleeping on deck, and sightseeing at Durban, South Africa. The last entry in this diary ends abruptly but is continued Cowan’s next diary (see AWM2019.22.255).

This diary also contains a list of men in Number 1 Mess on the HMAS Argyleshire, of which Cowan was a part. Gerard Henderson Cowan joined the Australian Flying Corps and became a pilot in 1918, but died of illness on 22 February 1919.