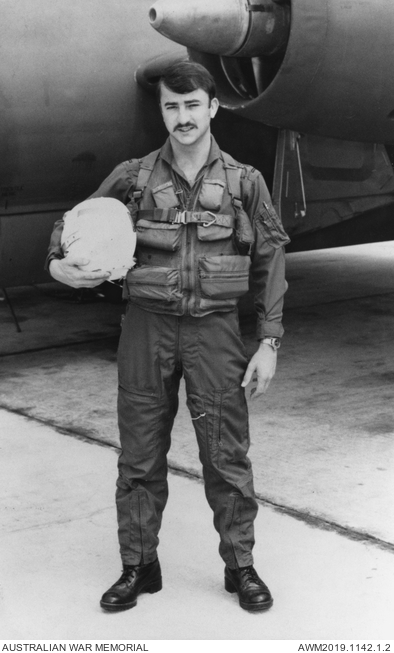 Portrait of 0119223 Pilot Officer (PO) Robert Charles Carver. PO Carver and his pilot O44310 Flying Officer (FO) Michael Herbert were the crew of of a Canberra bomber aircraft, number A84-231, of No. 2 Squadron RAAF, which was lost on operations over Vietnam on 3 November 1970. Both men were posted as missing in action and were later presumed dead.