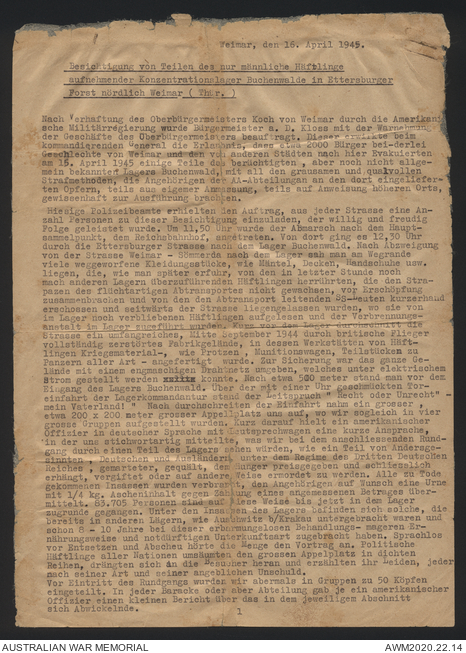 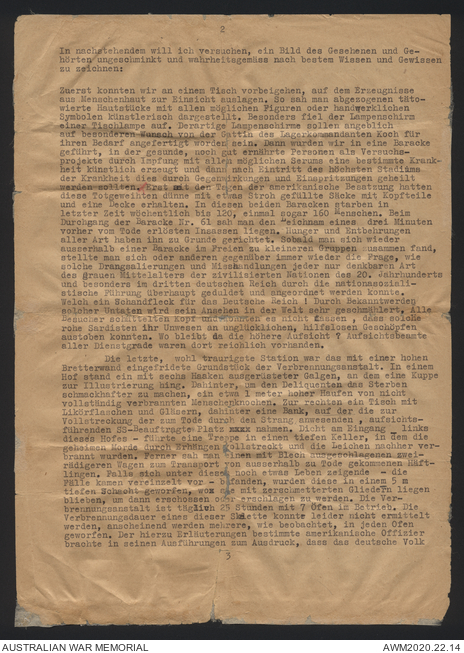 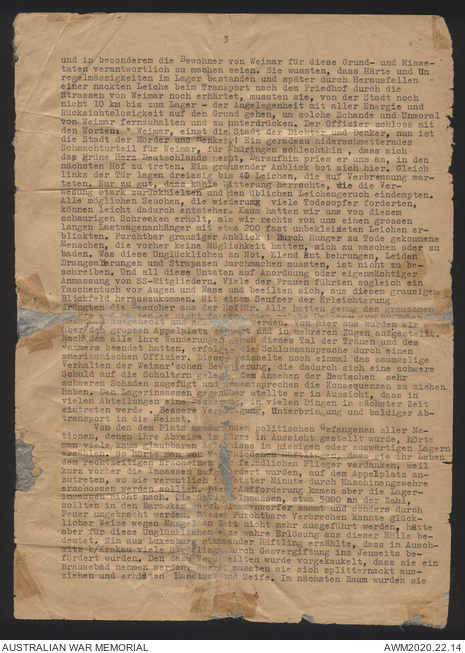 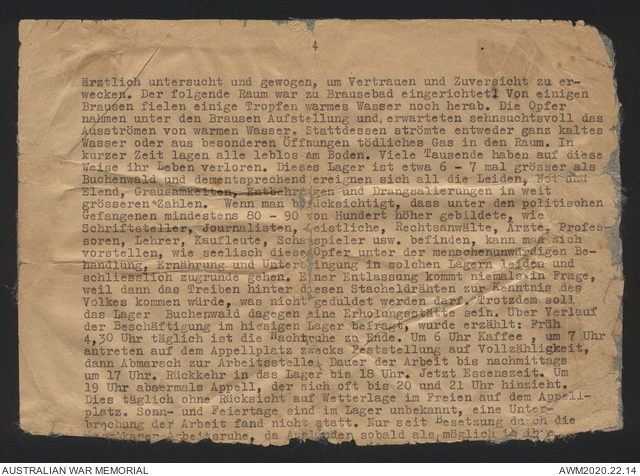 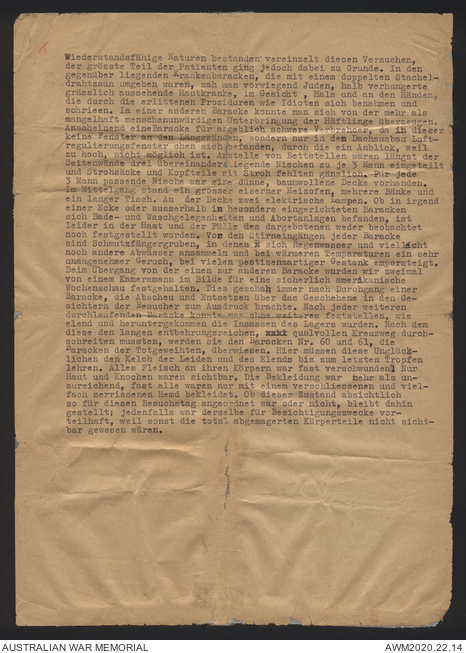 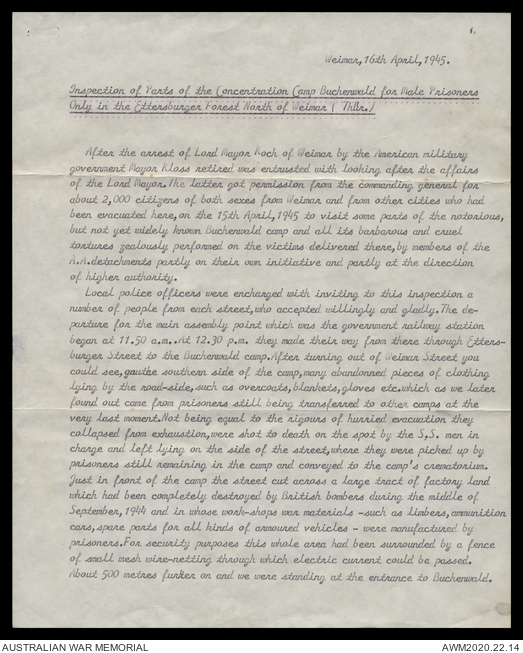 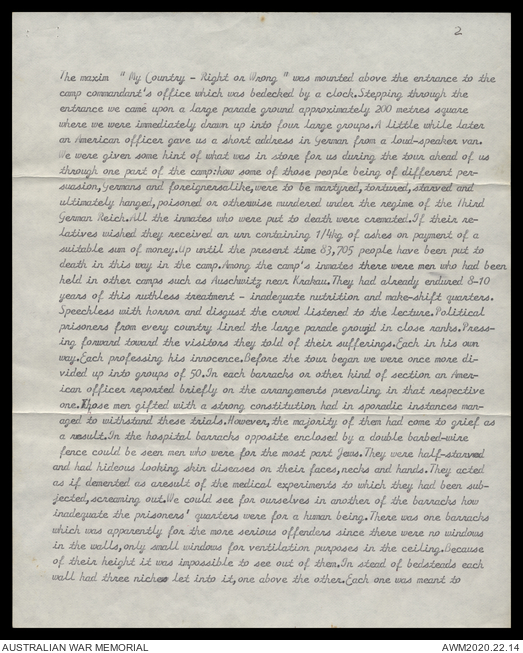 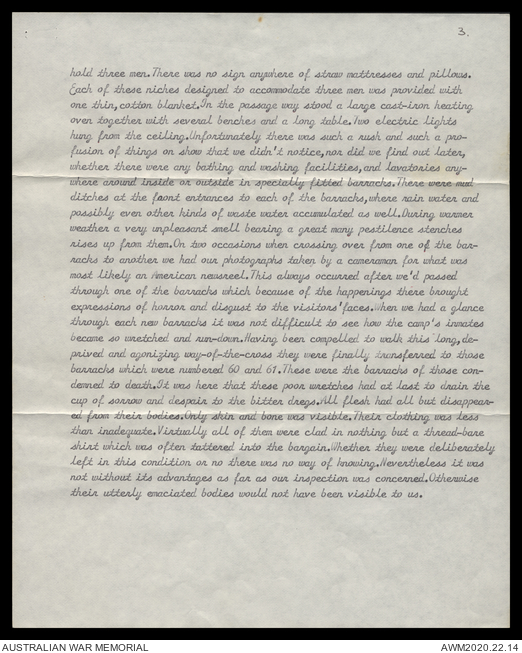 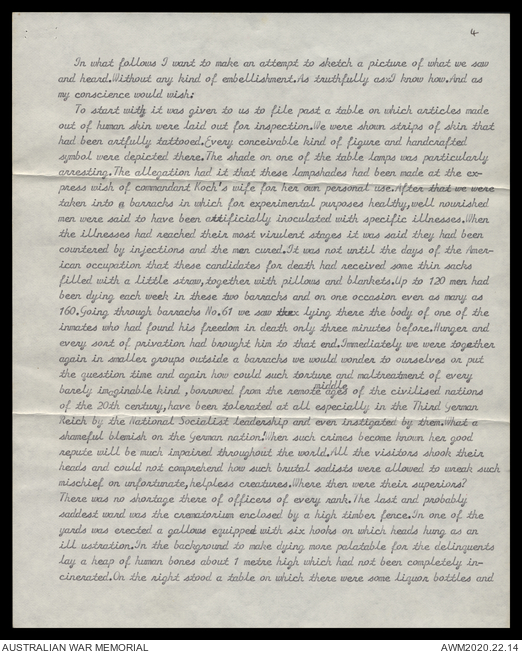 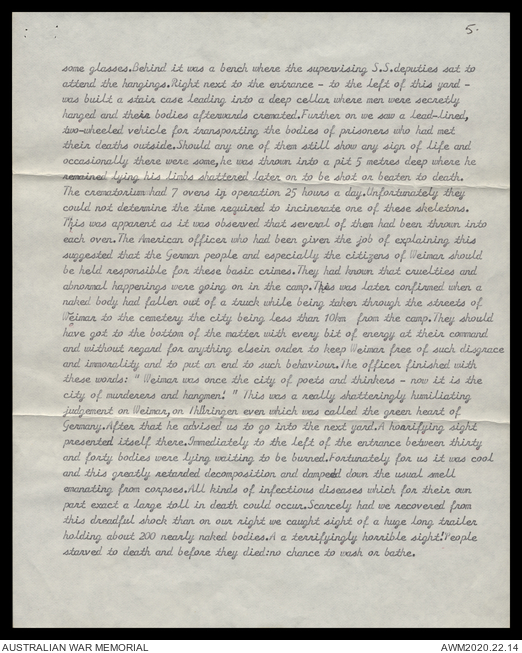 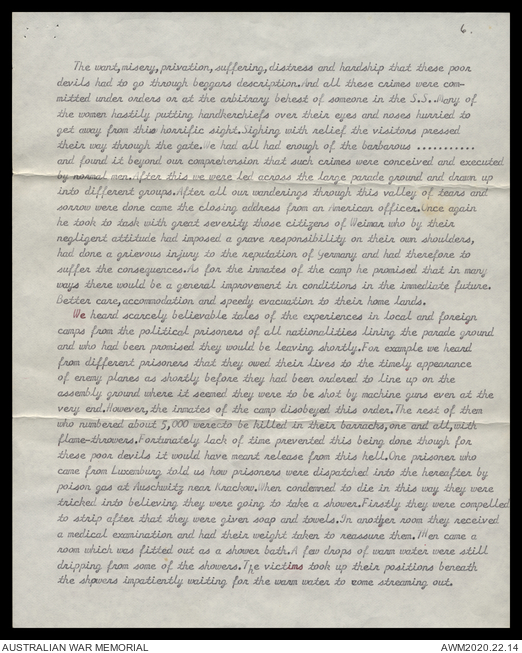 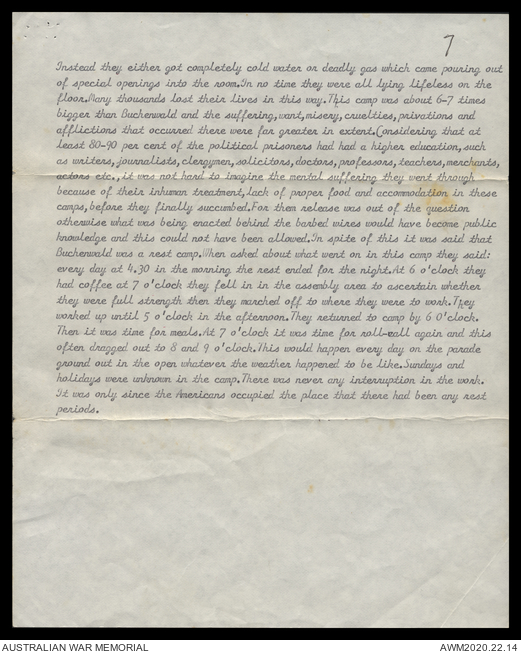 A 5-page account in German describing the visit to Buchenwald Concentration Camp by residents of the nearby city of Weimar. This document was likely collected by Leacy, who was fluent in German, during his time on leave after his liberation by the US 14th Armored Division on 6 April 1945. The document describes the volunteering of residents to visit the camp, as initiated by American soldiers. It discusses the way that soldiers directed residents around the camp, when they were filmed, a first-hand description of Ilsa Koch’s preservation of human remains, the layout of the camp, and testimonies given to the residents from political prisoners explaining their internment.

Besichtigung von Teilen des nur mannliche Haftlinge aufnelhmender Konzentrationslager Buchenwalde in Ettersberger Forst nordlich Weimer, 16 April 1945; and
Translation of the above, titled "Inspection of Parts of the Concentration Camp Buchenwald for Male Prisoners Only in the Ettersbunger Forest north of Weimar", c. 1970.