Group portrait of the crew of Wellington aircraft "R for Robert" of No. 458 Squadron RAAF based ... 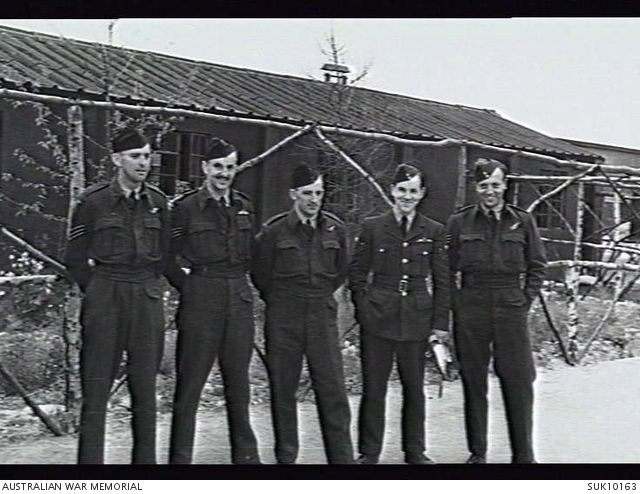