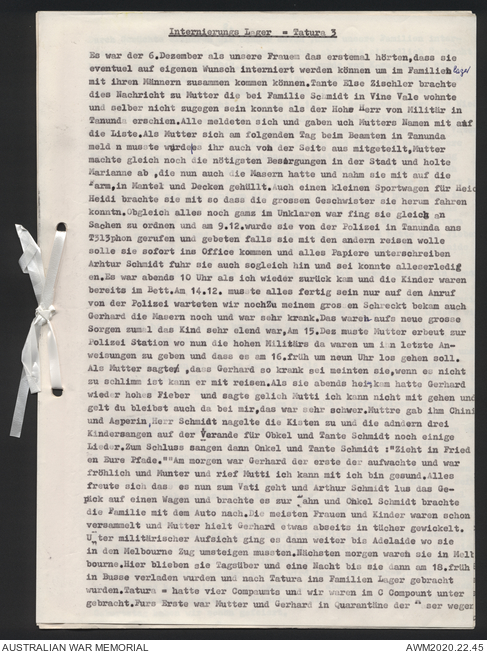 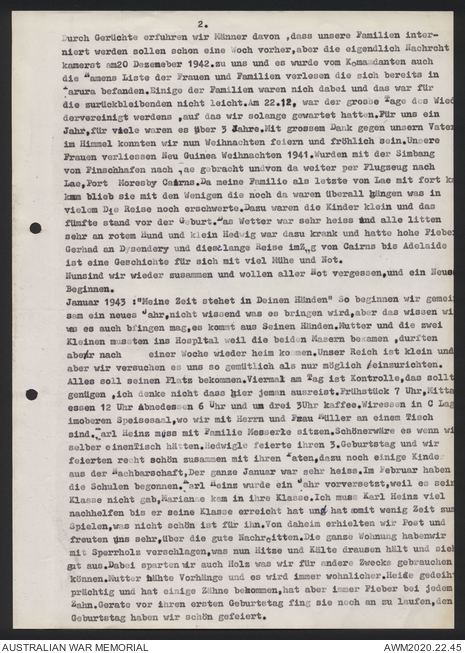 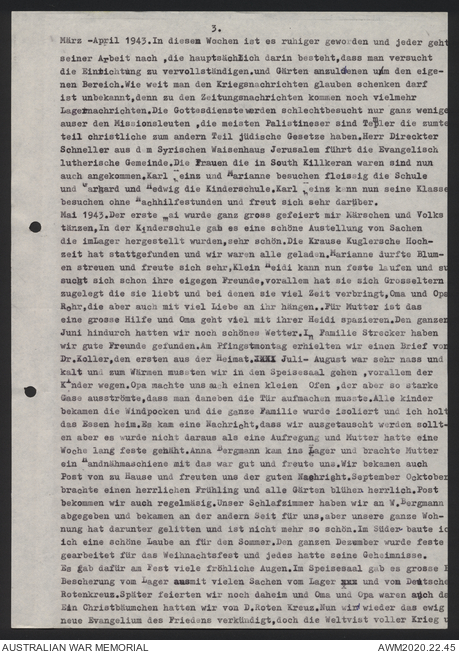 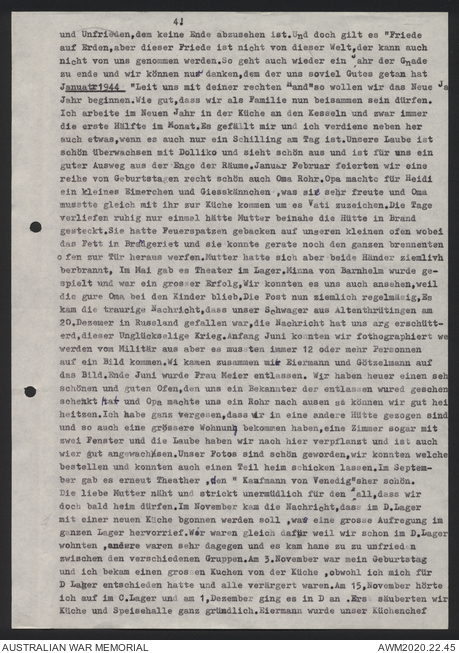 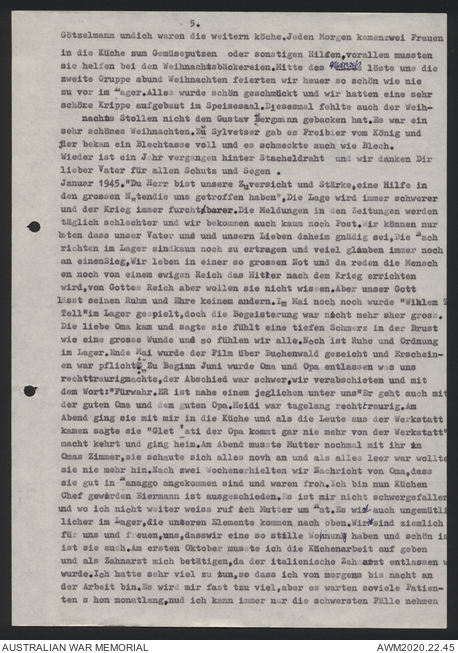 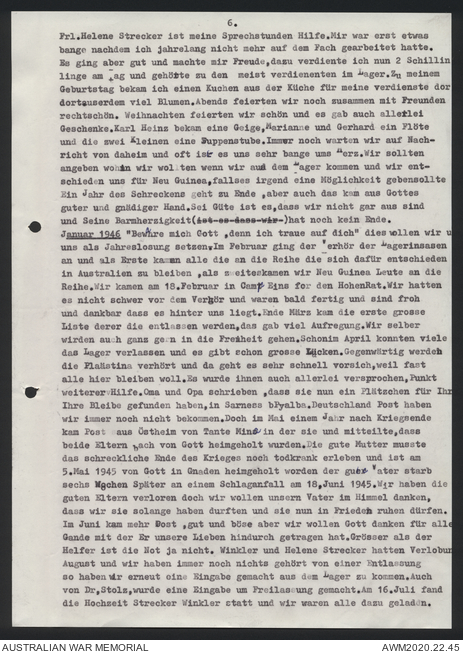 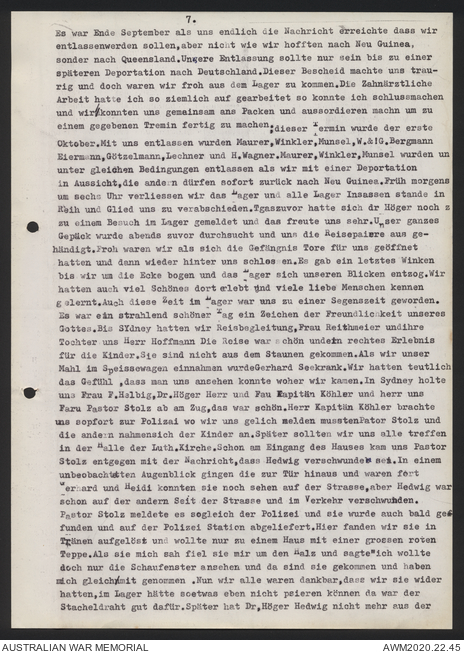 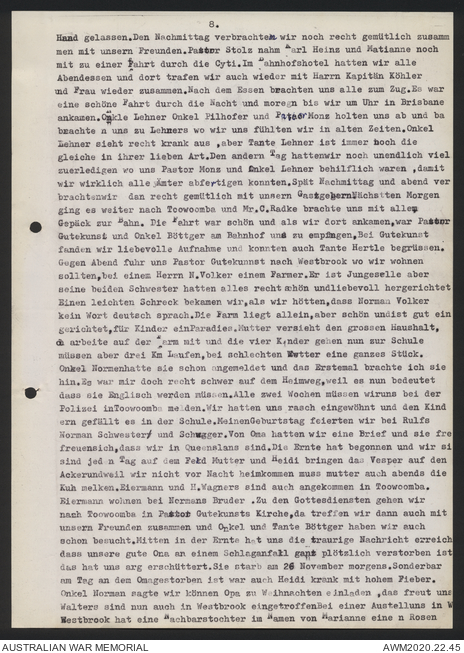 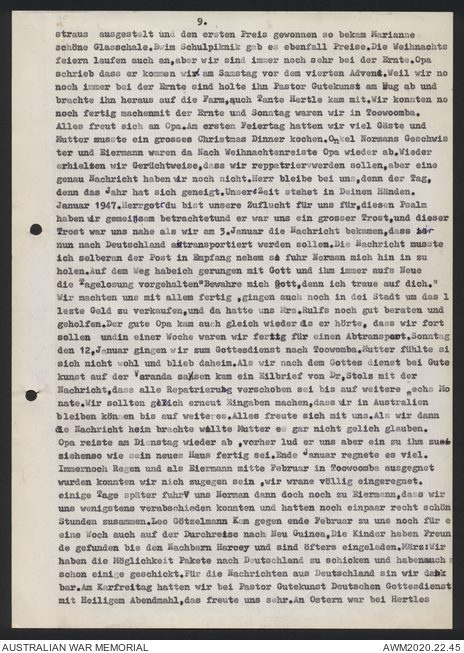 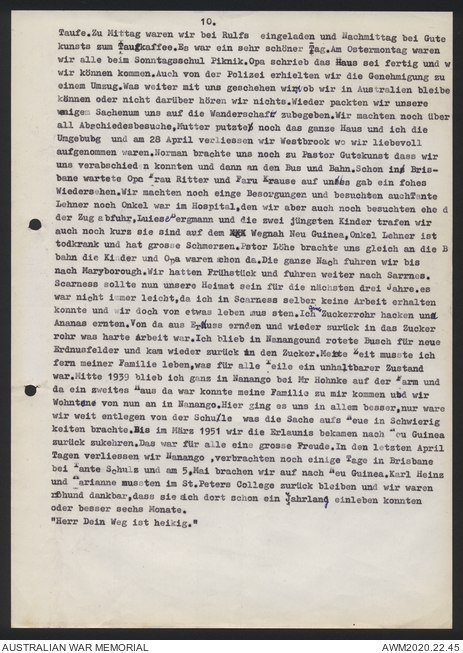 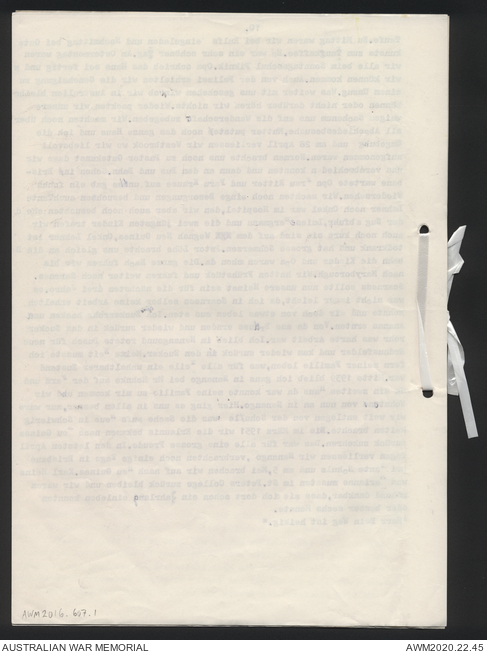 The memoir Internierungs Lager - Tatura 3 covers the period from 6 December 1942, through to March 1951, giving details of family life and conditions in the camp at Tatura, Victoria, where the family were reunited and interned from 1942 until October 1946. Also mentioned in this period are details about food and cooking, illnesses, entertainment in the camp, religious services and the names of many members of the German community. The diary also covers the family's postwar journey to Queensland, and details of their lives in Australia until their return to New Guinea in 1951, including the kind of work undertaken by Kirsch and the schooling of the children.

A translation of the diary was provided by Brother Karl's son, Reverend Karl Kirsch. It includes additional commentary from other members of the Kirsch family.