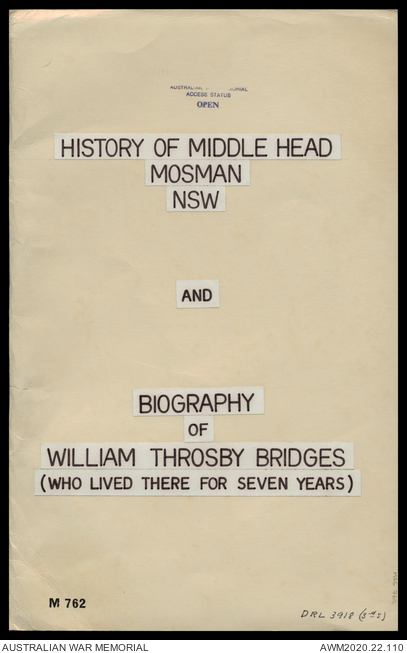 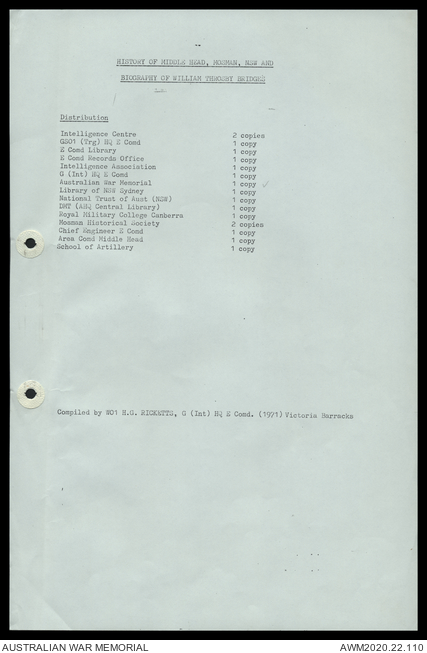 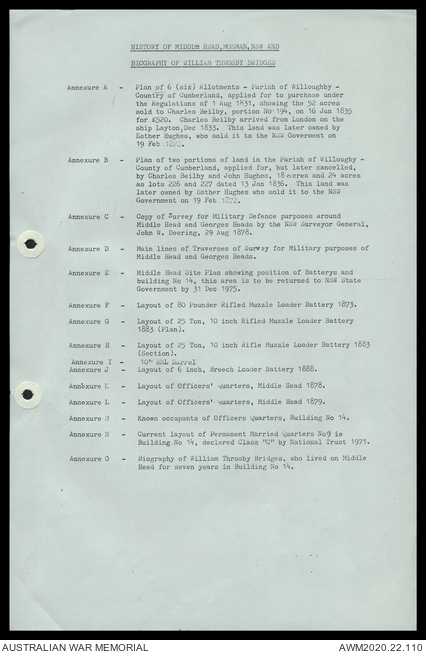 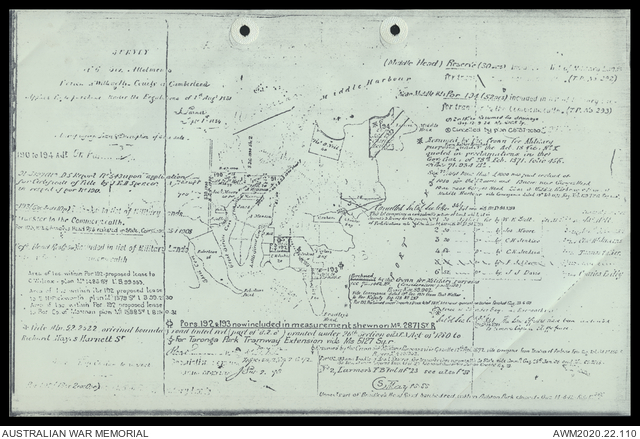 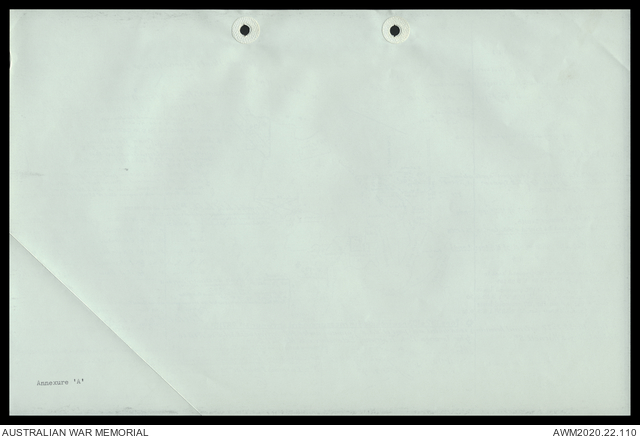 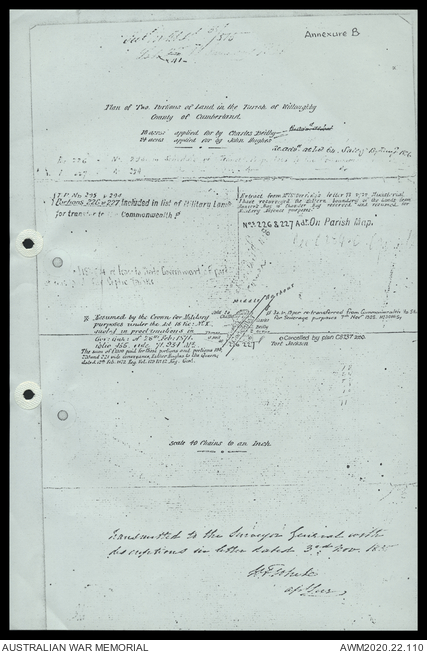 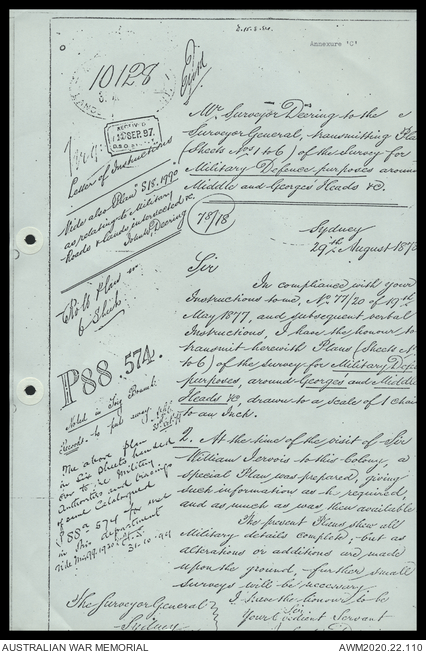 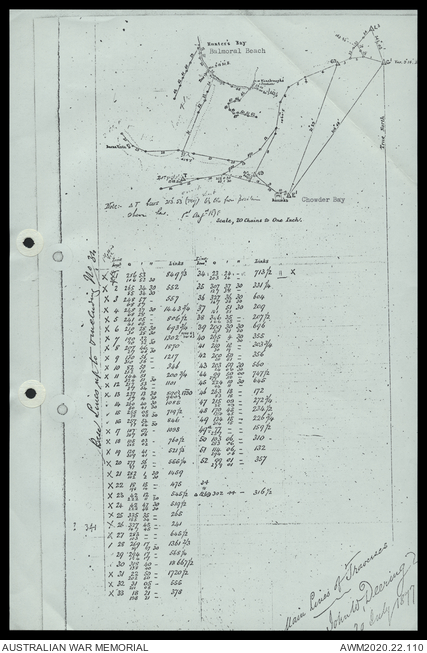 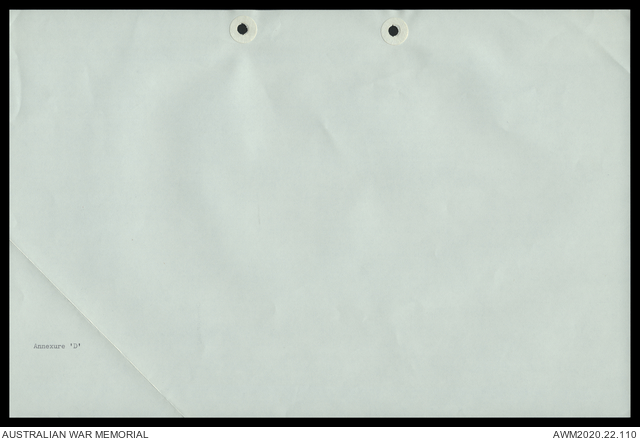 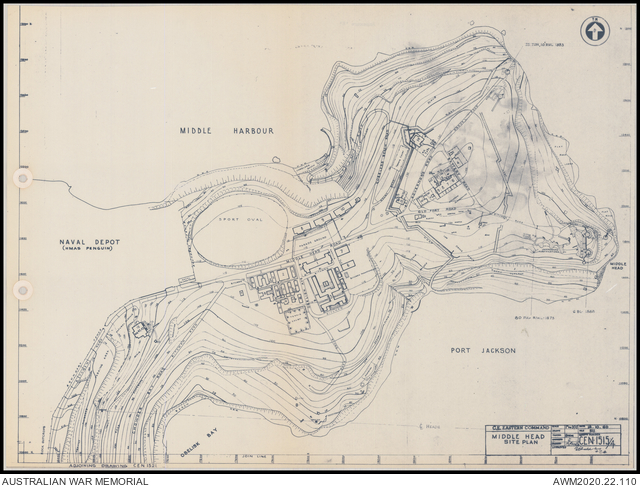 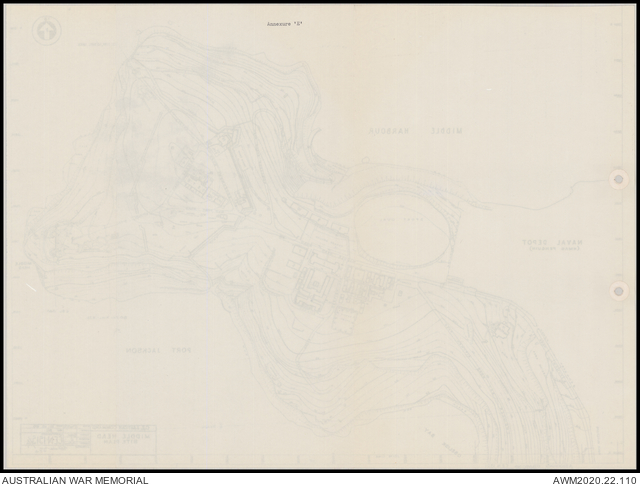 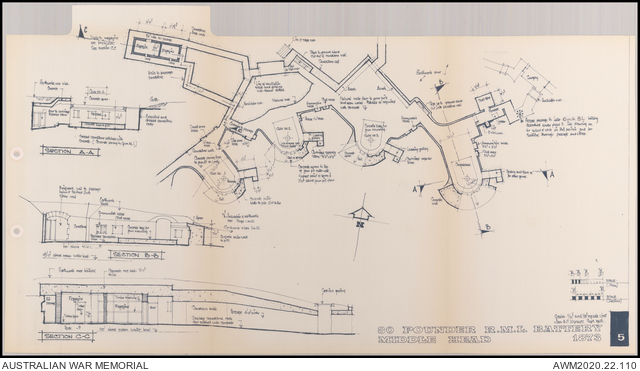 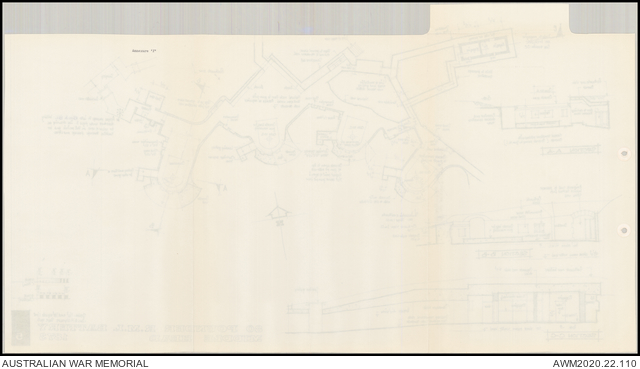 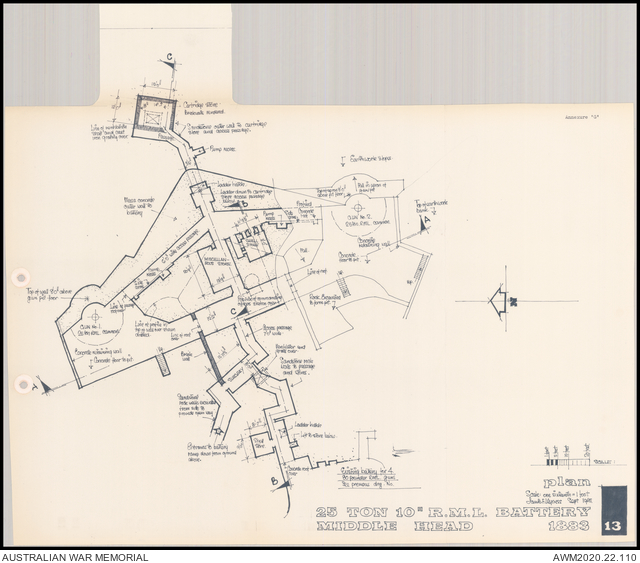 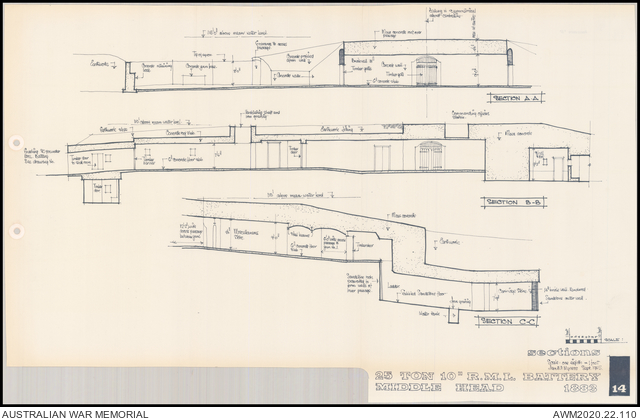 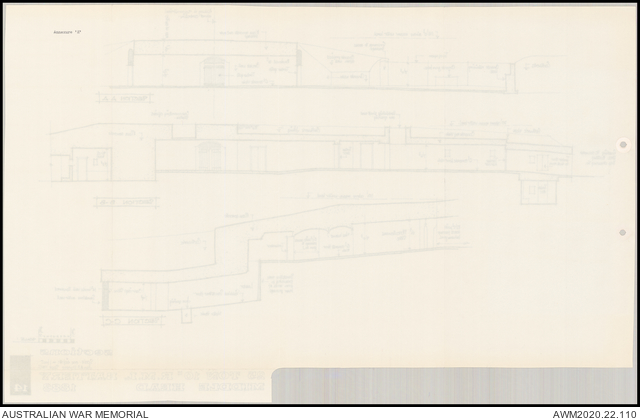 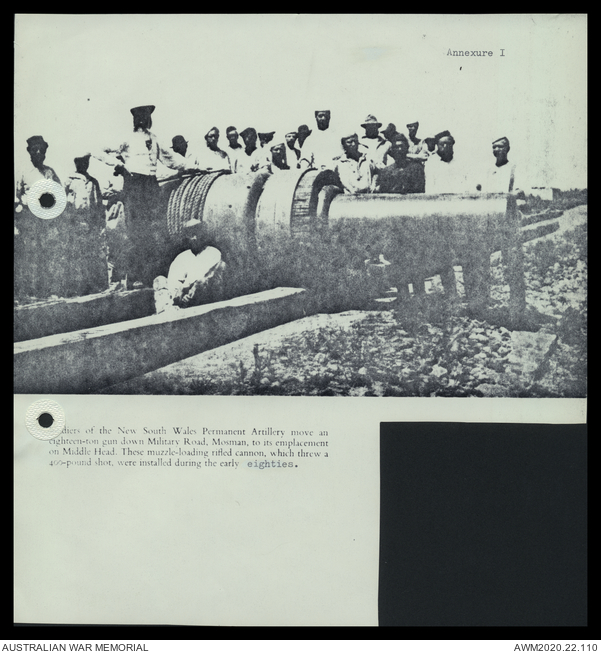 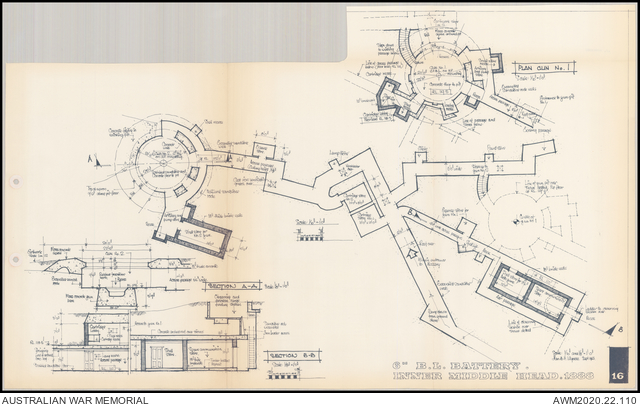 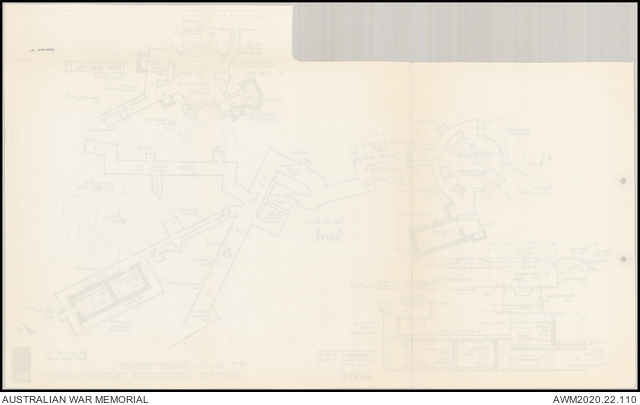 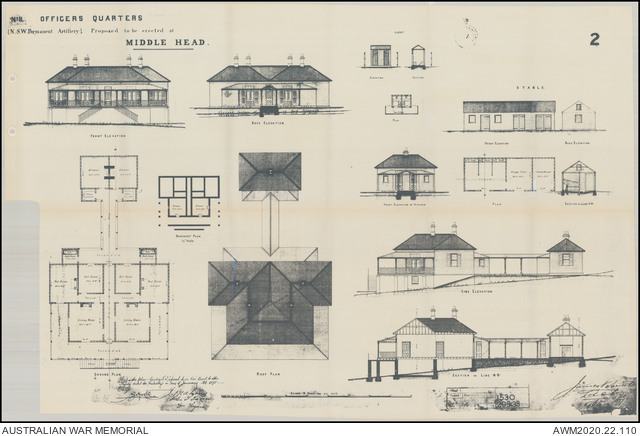 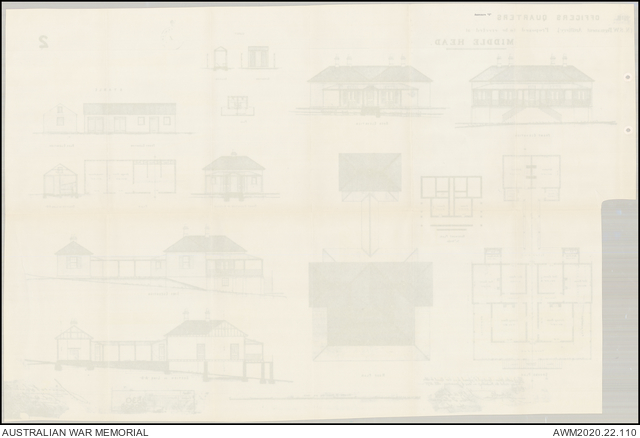 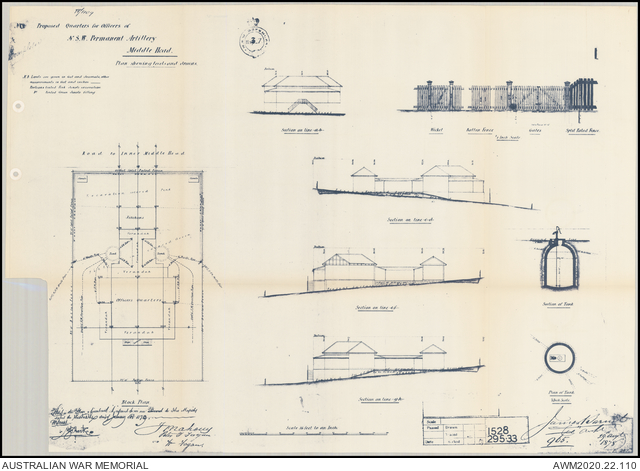 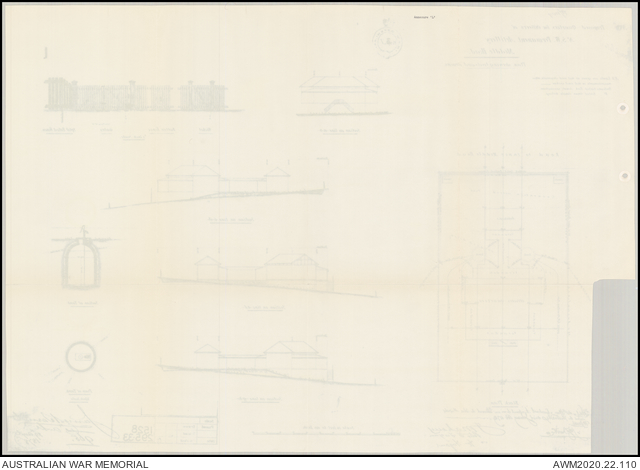 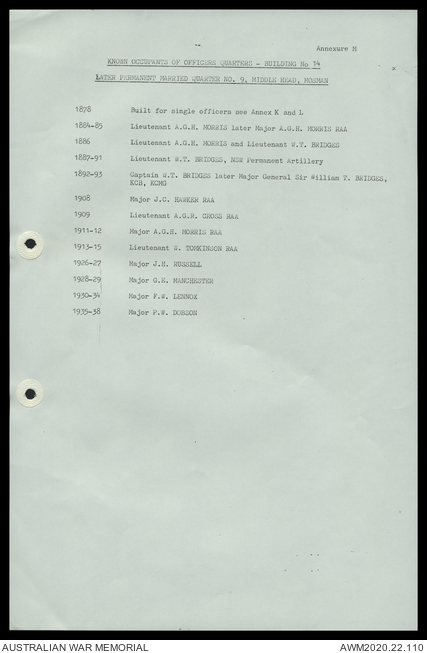 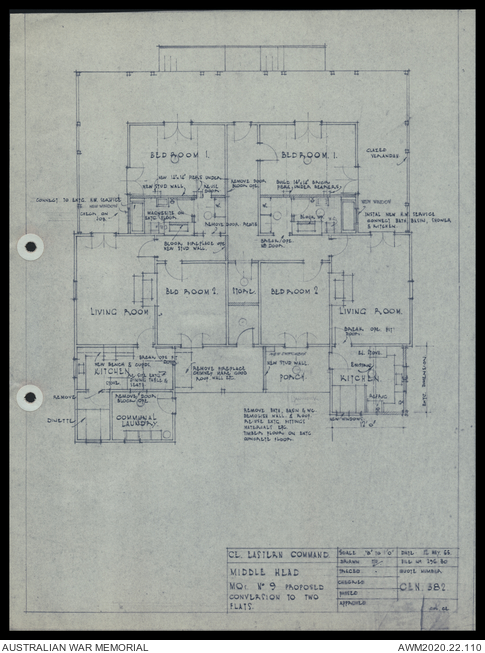 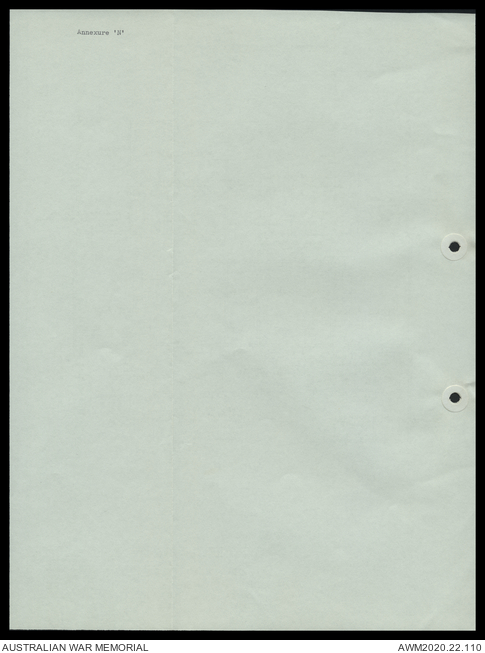 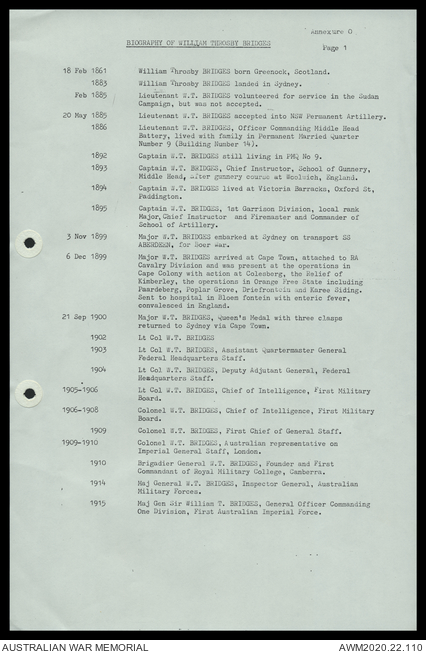 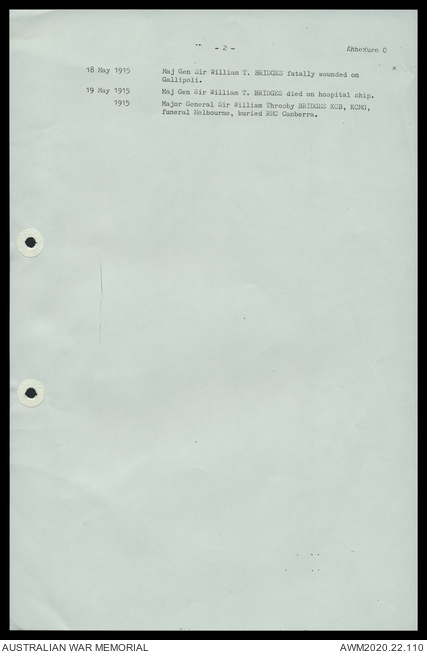 Wallet 1 of 1 – Contains photocopy of Warrant Officer Ricketts's typed history of the Middle Head Barracks at Mosman, NSW, including a timeline of the life of Major General Sir William Throsby Bridges KCB, KCMG. The collection also includes a list of where copies were distributed.

The collection consists of Annexures A-O:

Annexure B
Plan of two portions of land in the Parish of Willougby – County of Cumberland, applied for, but later cancelled, by Charles Beilby and John Hughes who sold it to the NSW Government on 19 Feb 1872.

Annexure E
Middle Head Site Plan showing position of Batterys and building No 14, this area is to be returned to NSW State Government by 31 Dec 1975.

Annexure O
Biography of William Throsby Bridges, who lived on Middle Head for seven years in Building No 14.