Group portrait of eight RAAF members of a Glee Party performing at a concert at Australia House, ... 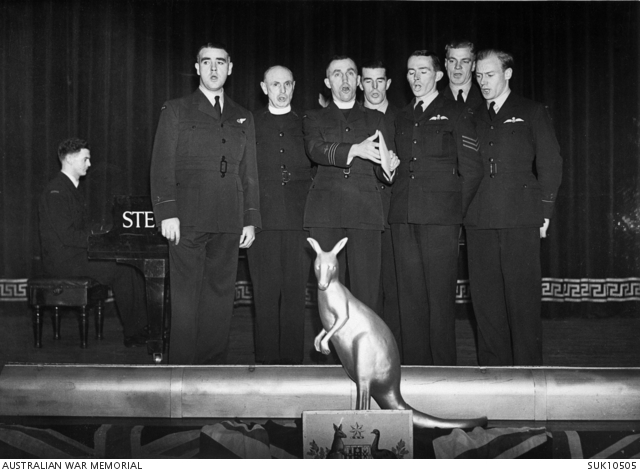