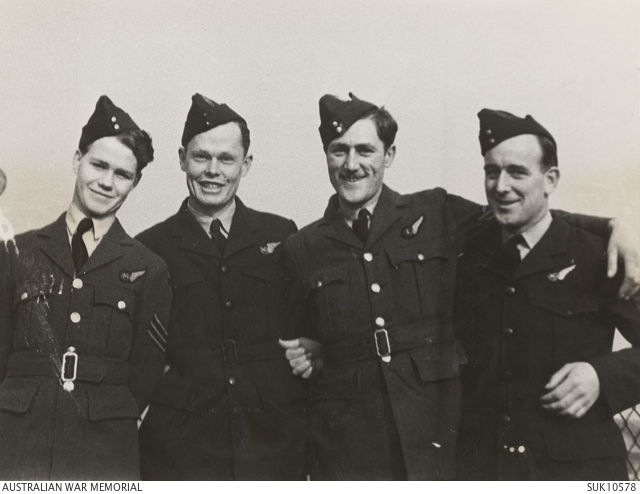 Left to right: Sergeant (Sgt) Fuller, RAF; 407499 Sgt (later Warrant Officer) Ray Marston Goode RAAF; Sgt Miles RAF; 26697 Sgt (later Flight Sergeant) Phillip Kelvin Turner RAAF. All were members of a Sunderland aircraft of No. 10 Squadron RAAF which was involved in a forty minute action over the Atlantic, first against two German Junkers 88 aircraft and then against two German Focke-Wulf (FW) 190 aircraft. Sgt Goode and Sgt Miles both claimed hits on one of the FW's which was reported seriously damaged. Both airmen were later lost on operations over the Bay of Biscay on 13 August 1943 and have no known graves.