Group portrait of pilots of No. 452 (Spitfire) Squadron RAAF based at an RAF Station in Redhill, ... 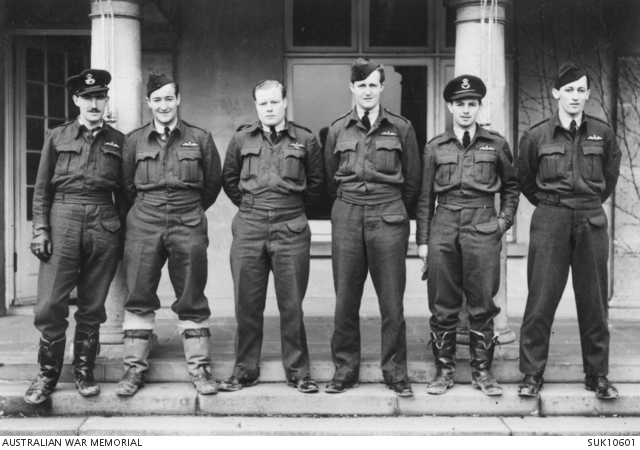