The Bombing Leader of an RAF Squadron which has a remarkable record of success is 403494 Flight ... 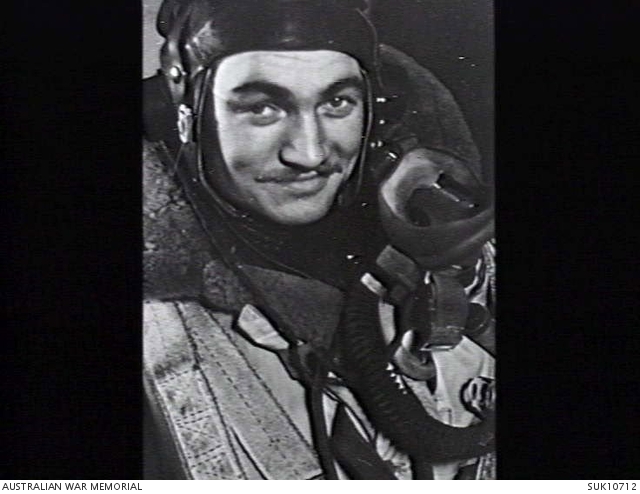 The Bombing Leader of an RAF Squadron which has a remarkable record of success is 403494 Flight Lieutenant (Flt Lt) Alexander George Beveridge of 45 Edward St, Redfern, NSW. It is his duty to see that the bomb-aimers of his squadron keep up their high standard of hitting the target. Flt Lt Beveridge has done twenty-two operational trips over enemy and occupied territory, including three to Genoa and three to Turin. He took part in the thousand bomber raid on Cologne, the Ruhr and Bremen. In August 1943 he received a DFC for his part in raids on Dortmund, Essen and Turin. Flt Lt Beveridge went on to fly 76 missions for Bomber Command and finished his service with the RAAF at No 5 Service Flying Training School at Uranquinty.