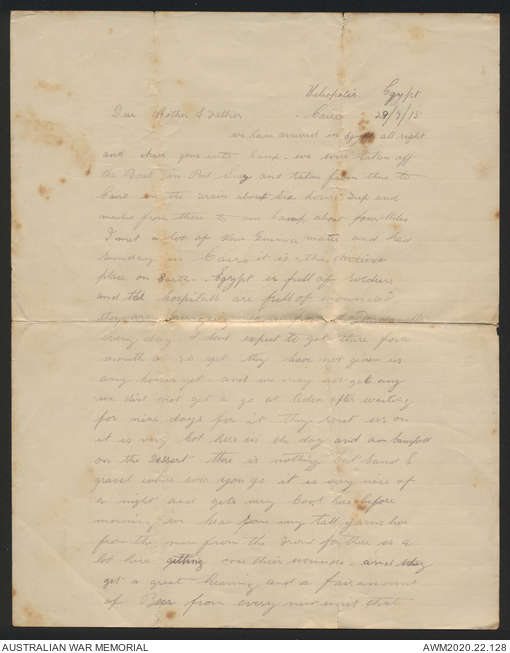 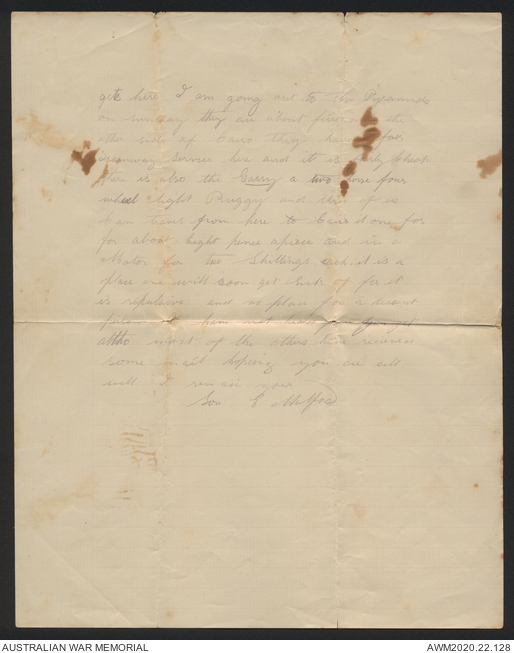 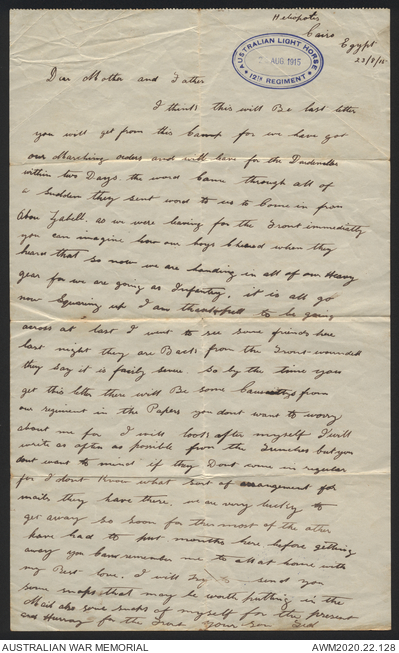 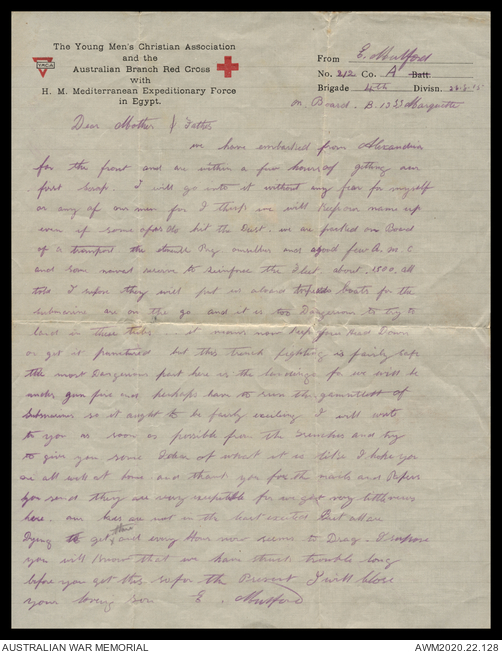 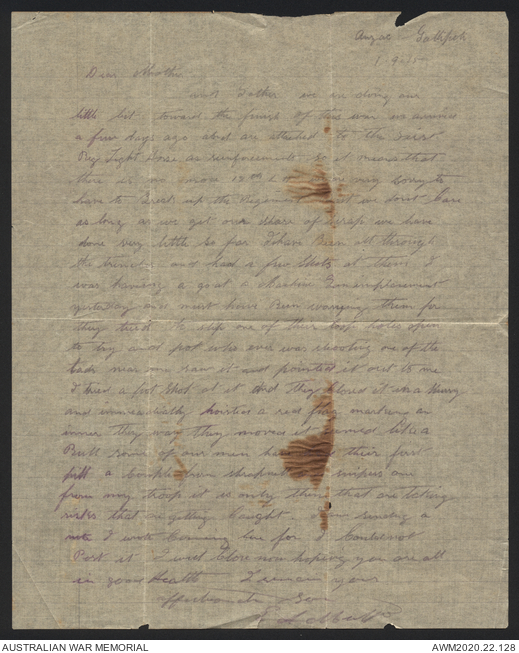 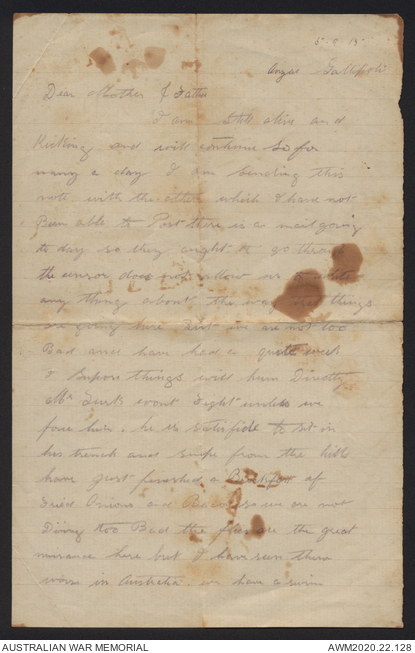 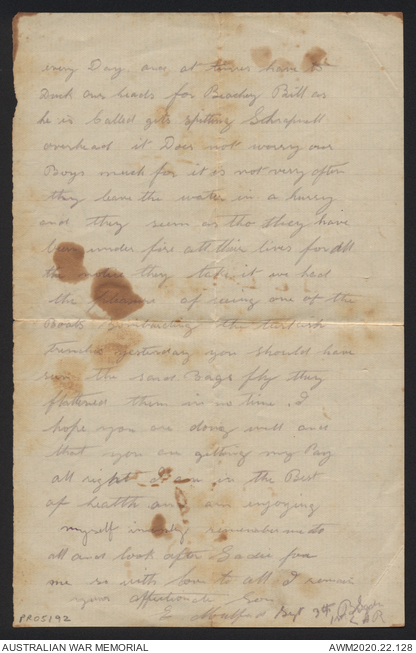 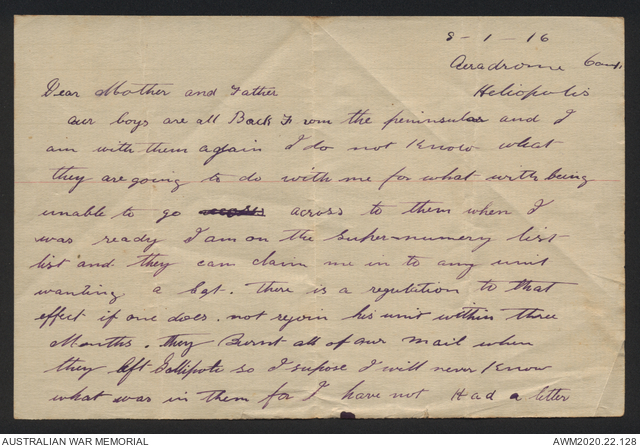 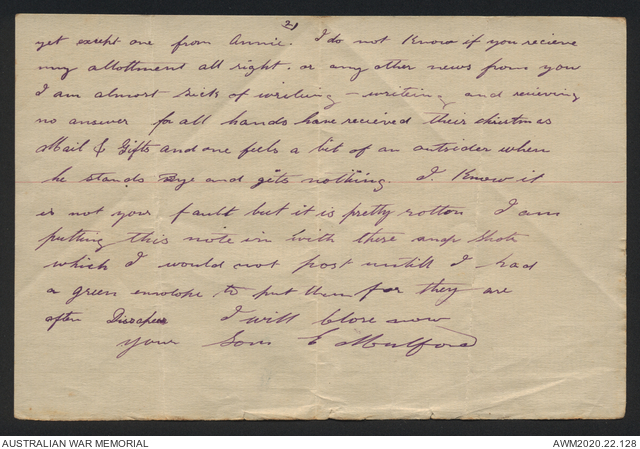 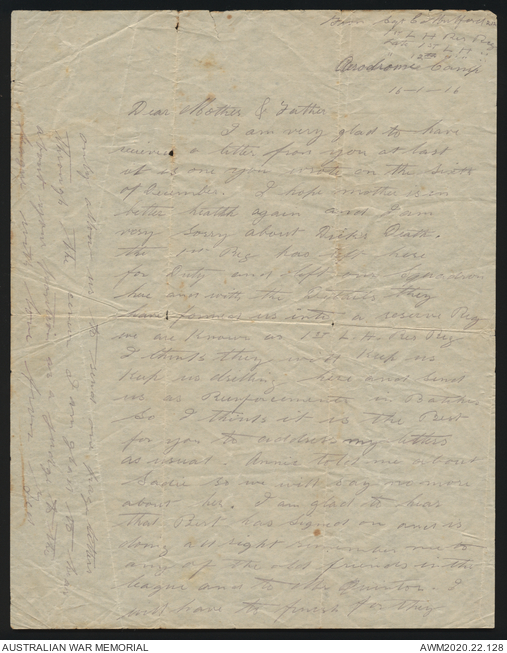 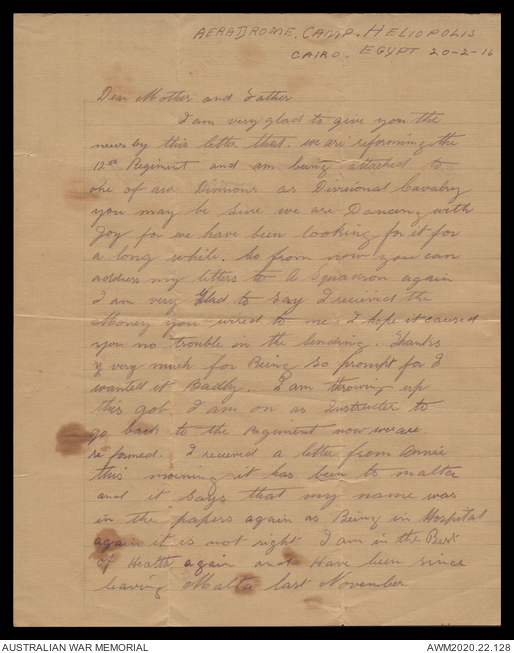 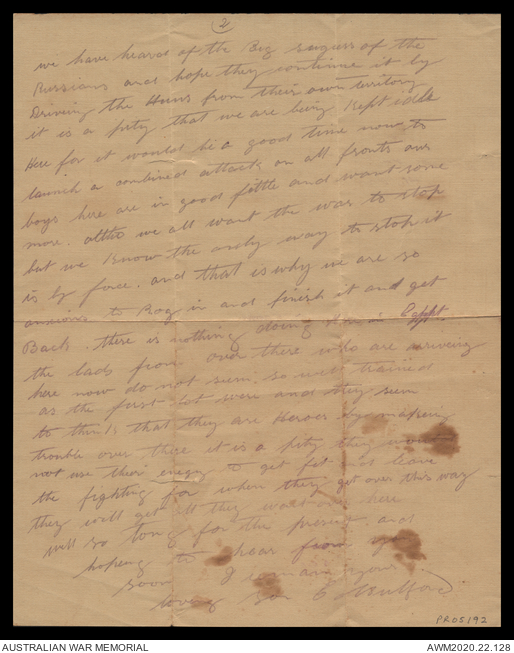 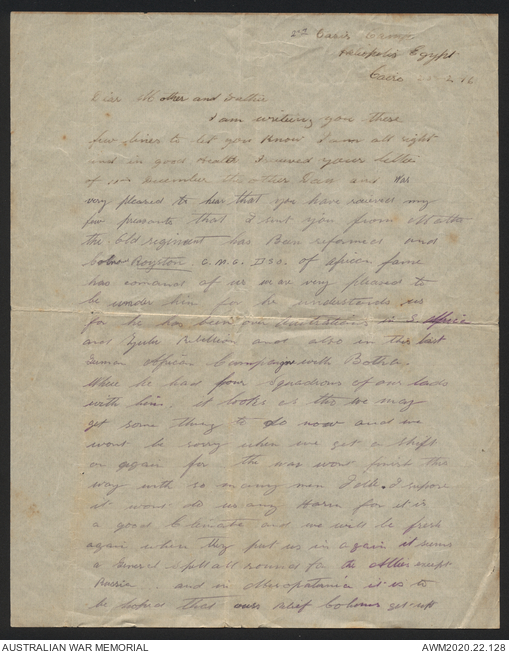 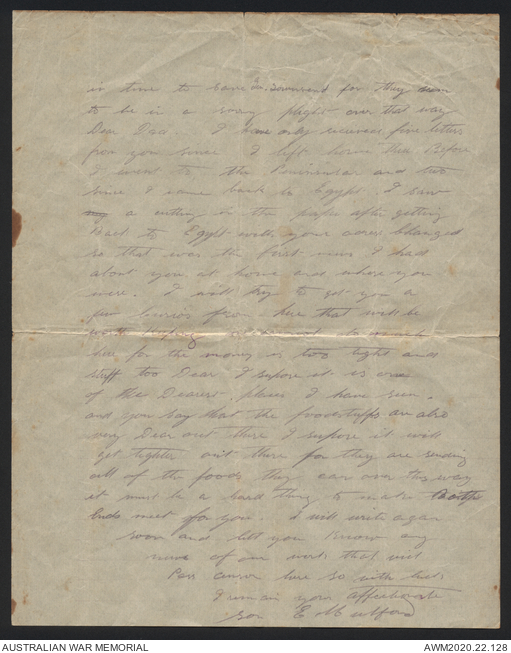 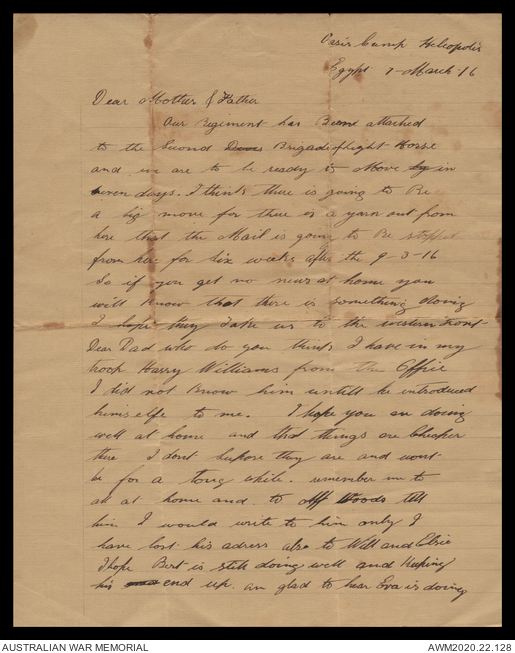 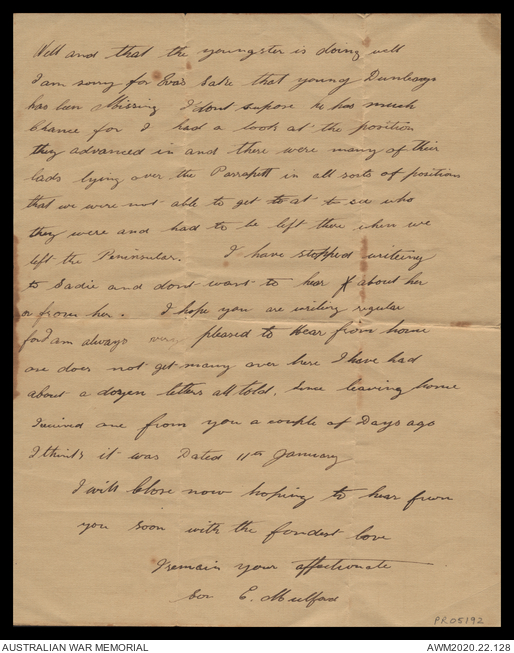 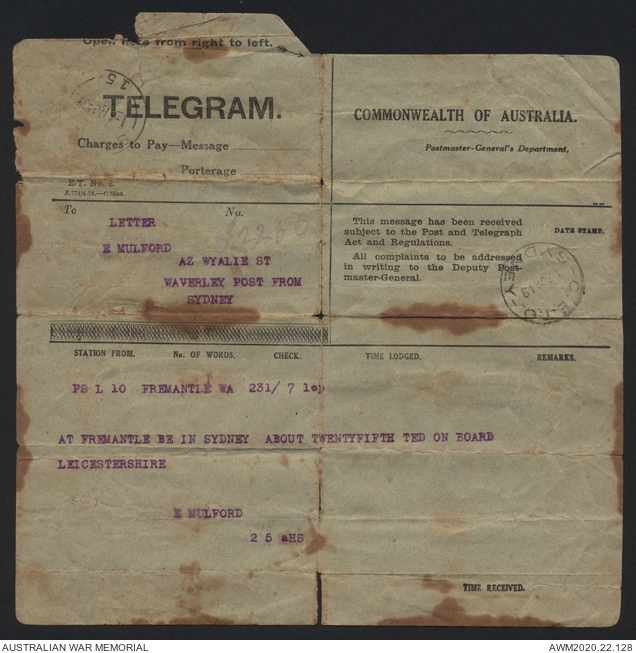 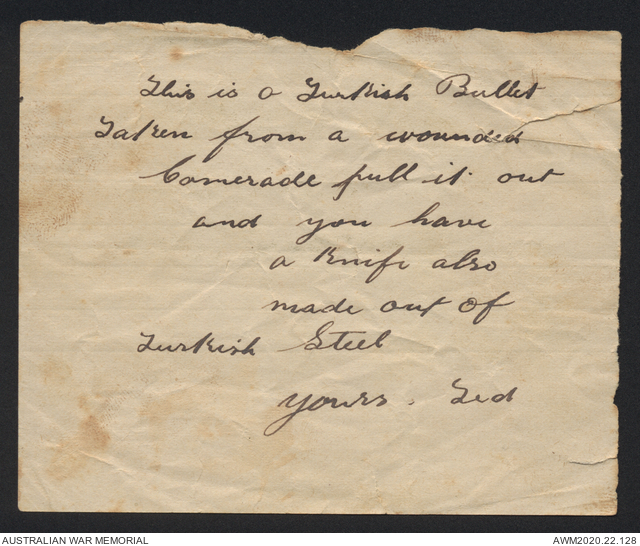 Wallet 1 of 1 - Collection contains ten letters that were written by 2nd Lieutenant (2nd Lt) Mulford to his parents while on active service from 29 July 1915 to 7 March 1916. Also includes two letters that were sent from Gallipoli during September 1915. 2nd Lt Mulford was transferred to the Australian Flying Corps in early 1918, although there are no letters from this time in the collection. He returned to Australia in 1919 and the collection contains the telegram that he sent from Fremantle, to his family, to advise of his anticipated arrival in Sydney on 25 January 1919.

This collection also includes a small handwritten note from Ted describing a bullet taken from a Turkish soldier. The whereabouts of the bullet is not known.