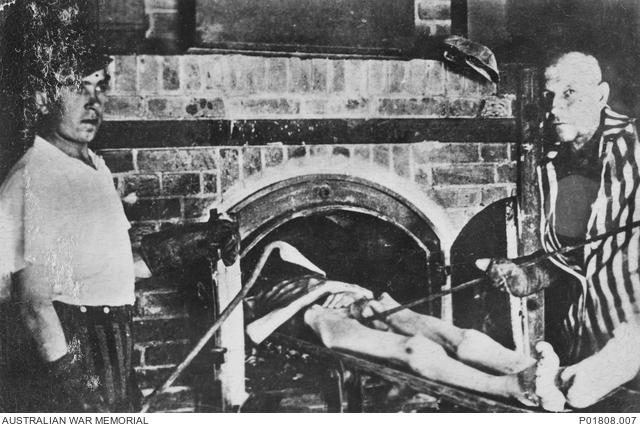 Germany, c. 1945-04. A staff member (left) and an inmate of an unidentified Nazi concentration camp using long metal rods to push the naked and emaciated dead body of a camp prisoner into a gas oven for cremation. The inmate at right is wearing the striped shirt issued to prisoners of concentration camps. US Army units captured the camp during their advance into Germany, finding in it a mass of dead bodies of prisoners.