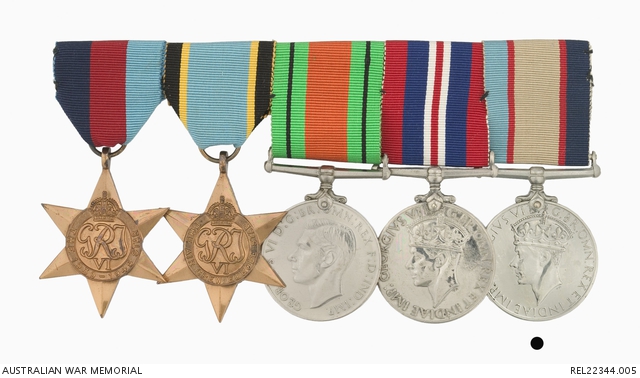 Associated with the service of 411748 Flying Officer Robert Maxwell Bryant. Born in Cowra, NSW, in 1921, Bryant was studying law in Sydney when he enlisted in the RAAF on 25 May 1941. He trained under the Empire Air Training Scheme in Canada before being posted to Bomber Command in England, where he served in 103 Squadron RAF, flying Lancasters. Of the twenty trainee aircrew on his Canadian course only five survived the war. Bryant subsequently transferred to 156 (Pathfinder) Squadron RAF in 1943. He was killed on 11 June 1943 while flying over Holland on a raid to Munster in Germany, and his body was washed ashore on the island of Urk at the edge of the IJsselmeer. He was later buried in the Amsterdam New Eastern Cemetery.