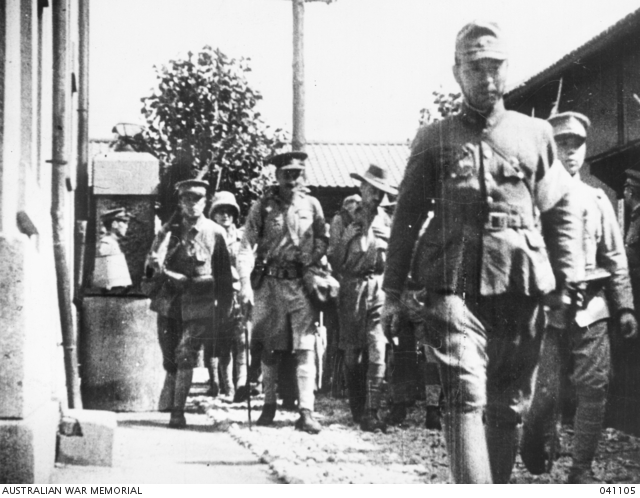 Japanese Lieutenant Tarada followed by British officers entering the prisoner of war camp. These men were heading a column of British and Australian troops captured at the fall of Singapore and transported to Fusan, Korea, on the Japanese prison ship Fukkai Maru. At this stage half the prisoners remained at Fusan while the rest moved to Keijo.