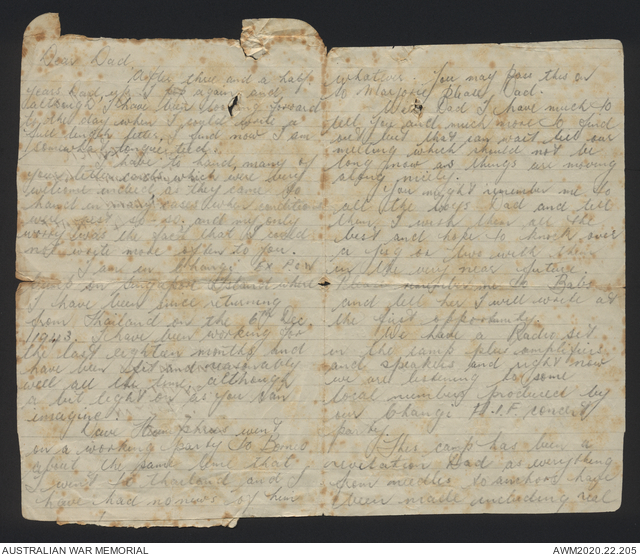 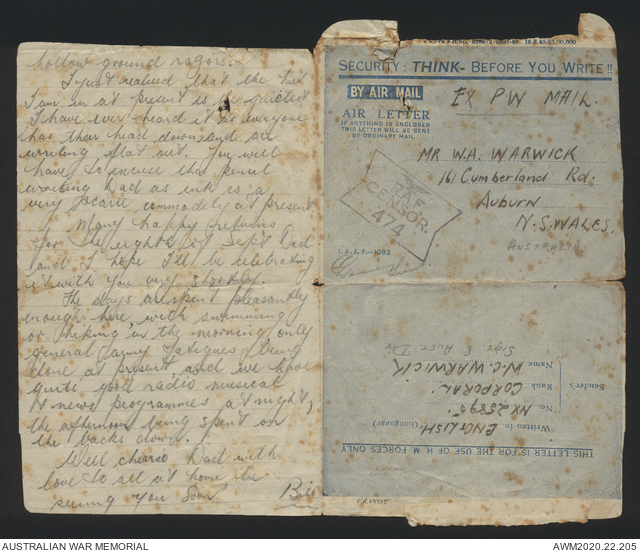 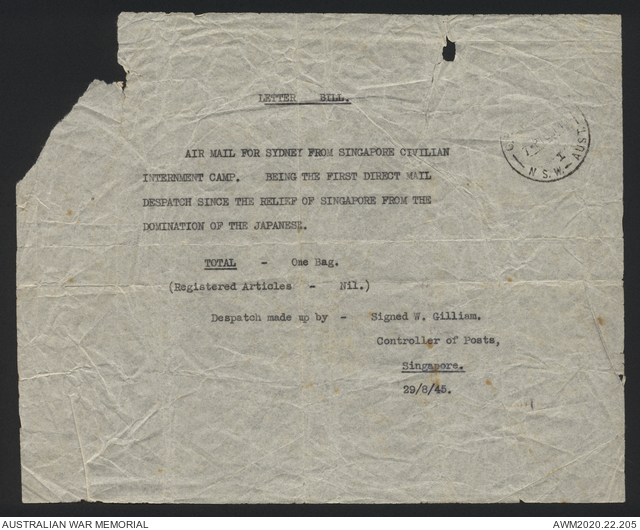 Wallet 1 of 1 - Collection consists of two items: an undated letter written by Warwick to his father following the liberation of Changi Prisoner of War Camp, and a "Letter Bill" or mail despatch receipt by W. Gilliam, Controller of Posts, Singapore, 29 August 1945. In the letter to his father, Warwick briefly refers to his time as a prisoner of war in Thailand through to December 1943 and subsequent internment, work and health at Changi. He goes on to describe an unusually quiet camp with recently-liberated prisoners occupied by letter-writing and listening to the radio, and refers to mornings spent swimming and hiking and afternoons spent lounging and listening to radio news and musicals.

The "Letter Bill" or mail despatch receipt prepared by Controller of Posts in Singapore, W. Gilliam, was attached to the first bag of mail sent from Singapore to Sydney following the Japanese surrender, and included letters from recently-liberated prisoners of war at Changi. The mail bag arrived at the Sydney General Post Office on 16 September 1945, and the accompanying letter bill was passed on to Sydney General Post Office employee William Albert Warwick, father of William Charles Warwick.