Wallet 1 of 1 - Typescript of address to Toowong Boy Scouts and Cubs by Osmar Julius Blau, 24 April 1997 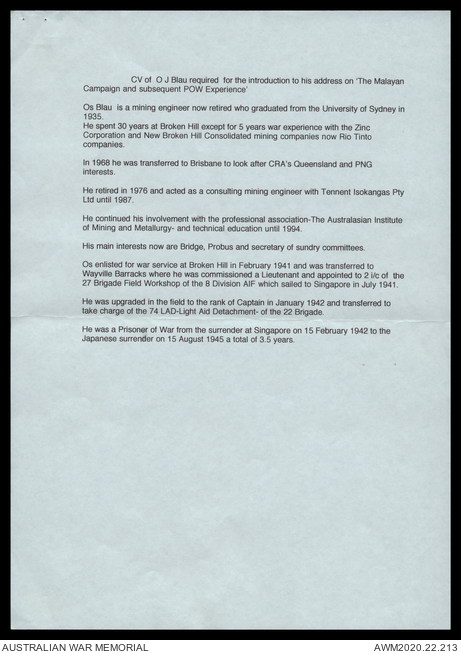 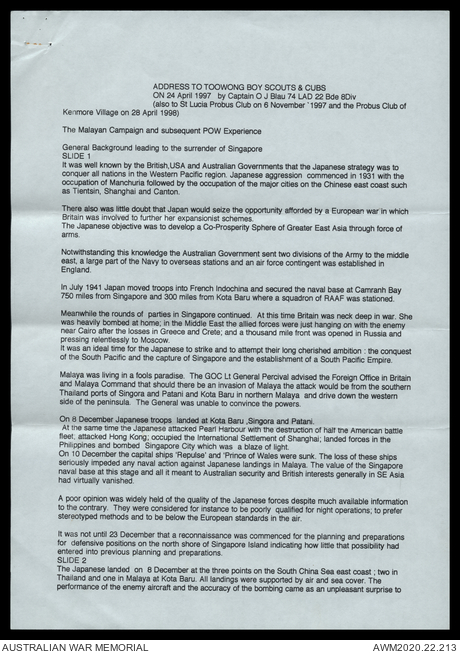 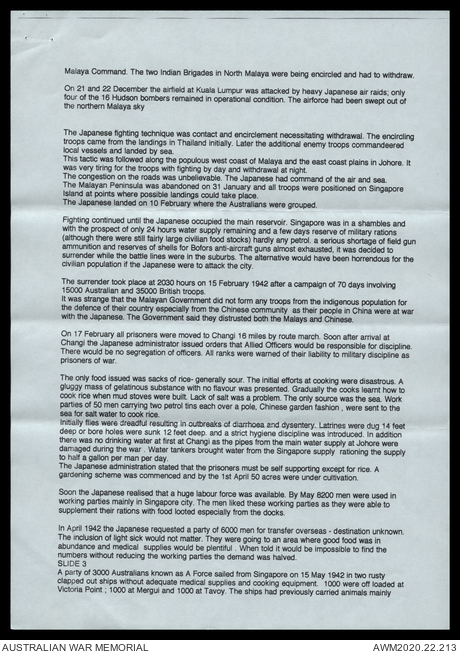 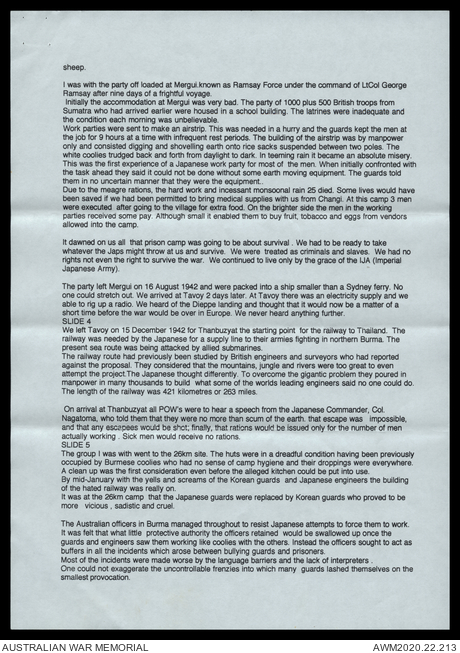 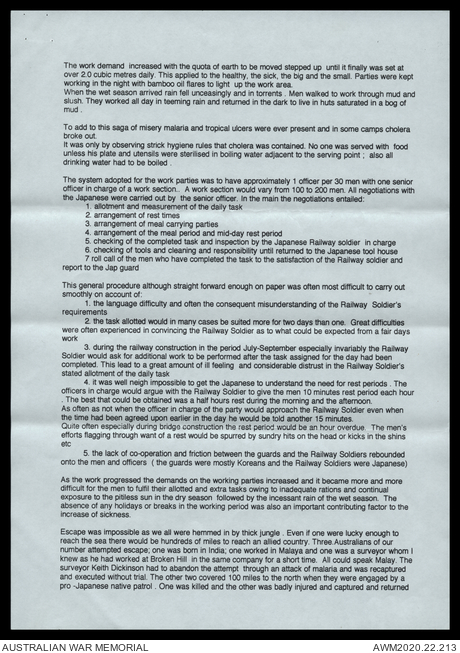 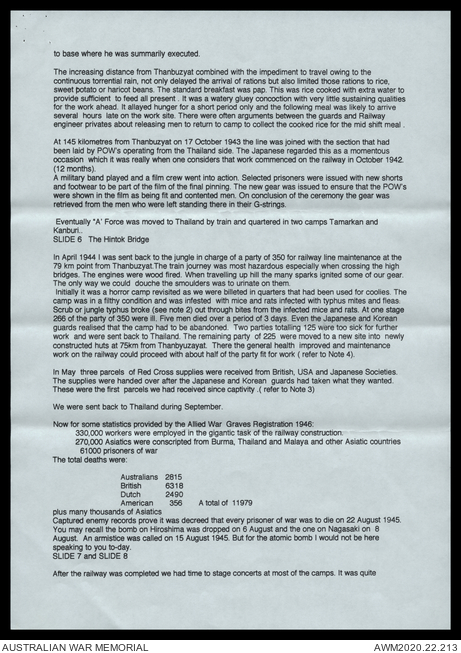 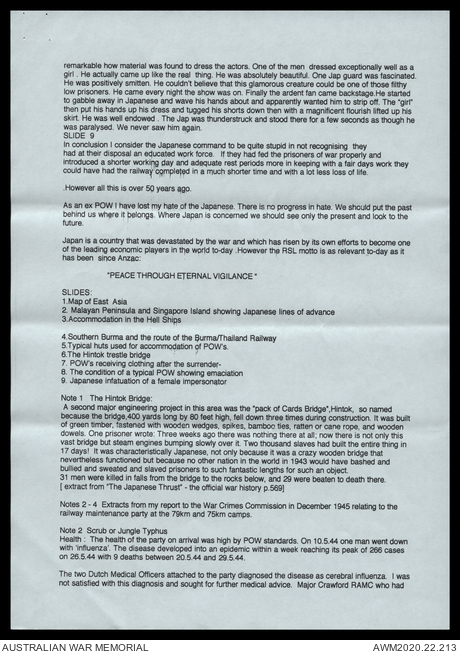 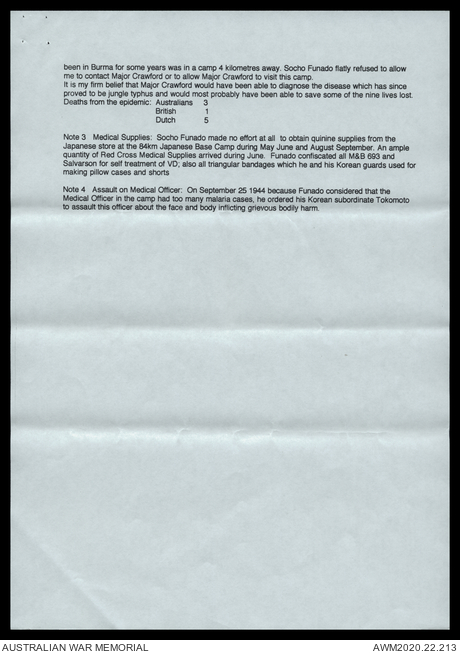 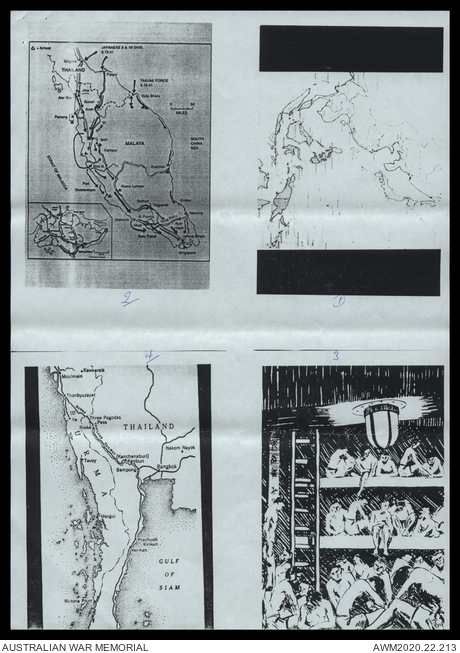 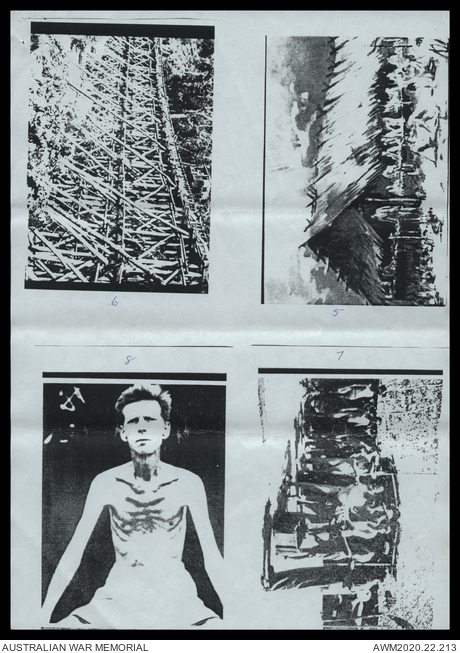 Wallet 1 of 1 - Collection contains typescript of an address by Osmar Julius Blau that he presented to the Toowong Boy Scouts and Cubs on 24 April 1997, concerning his captivity as a prisoner of war of the Japanese, 1942-1945. It describes the military situation and fighting leading to the fall of Singapore, and Blau's part as a POW in 'A Force' under Lieutenant Colonel George Ramsay at Mergui (building an airstrip), Tavoy and Thanbyuzayat (building and maintaining part of the Thailand-Burma railway, including the Hintok bridge). It also comments on the Japanese system of work parties, the Australian officers' roles and medical conditions, including the incidence of jungle typhus.