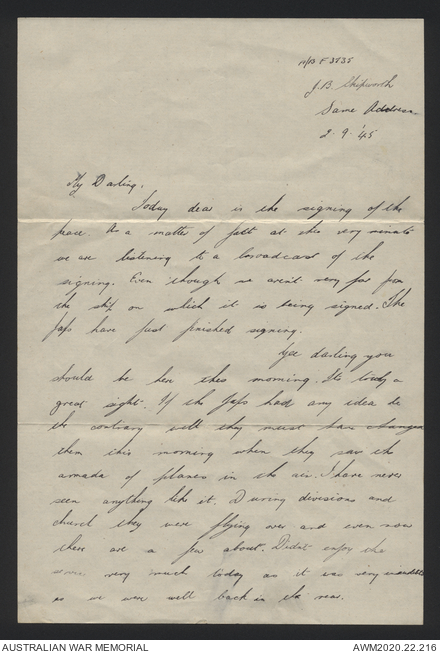 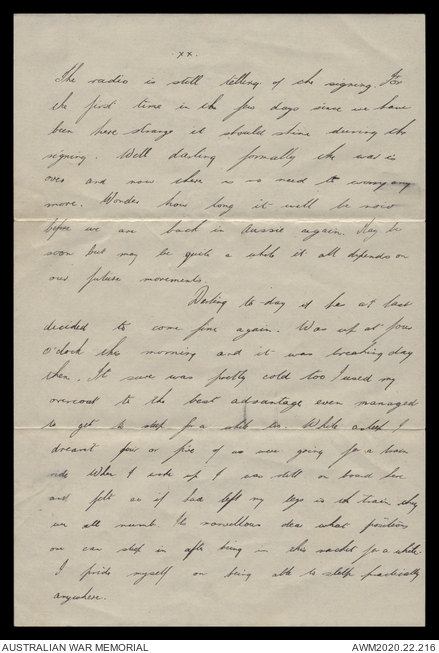 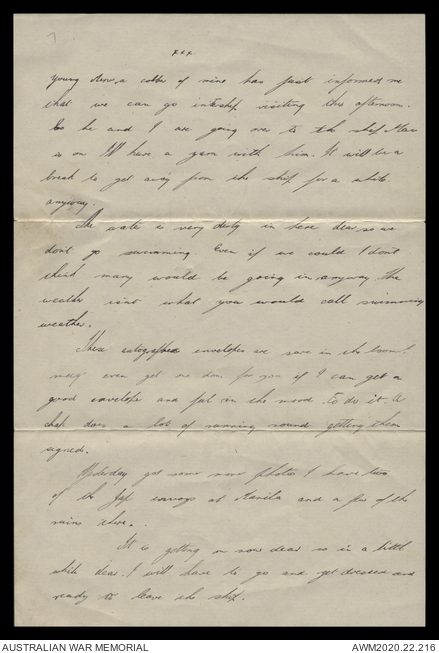 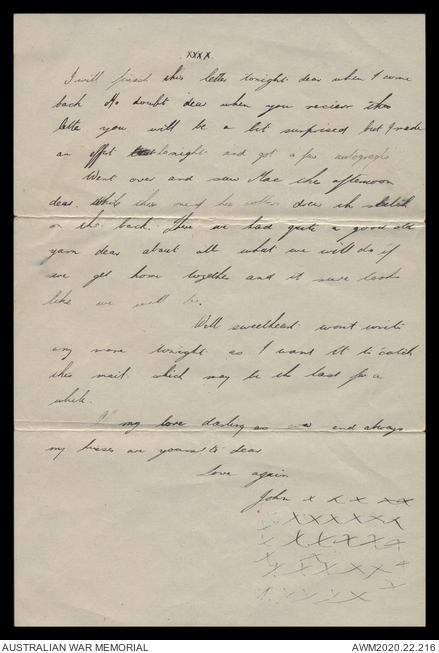 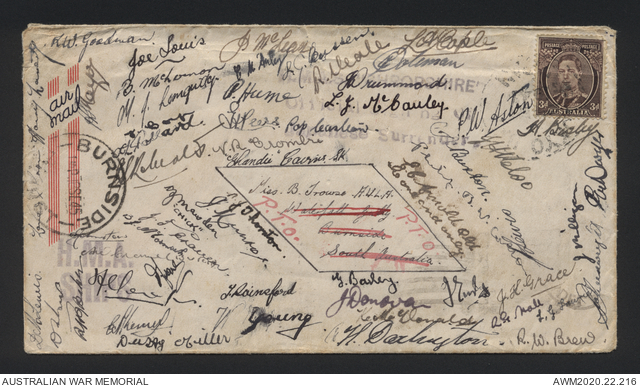 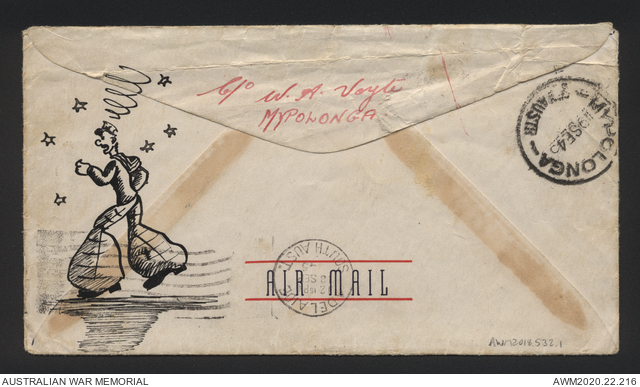 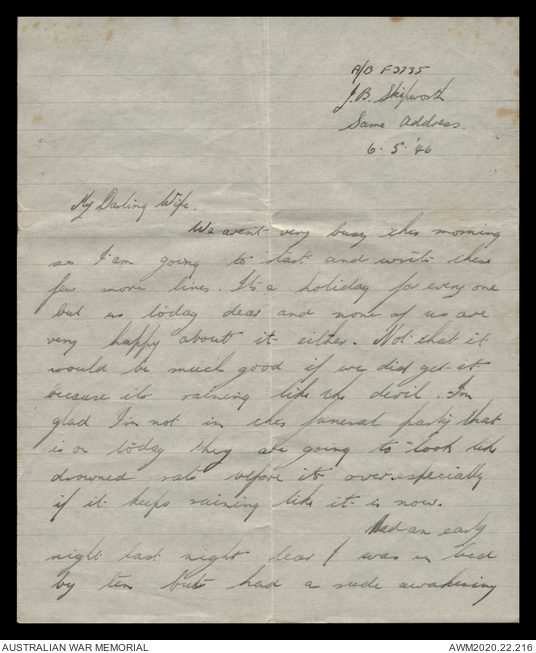 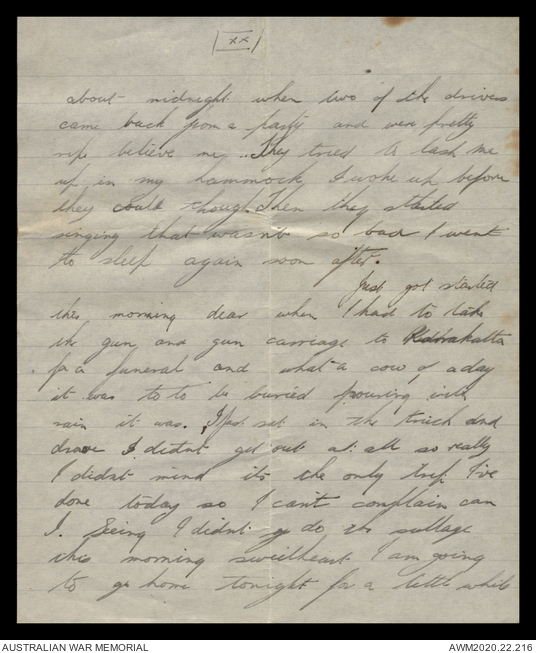 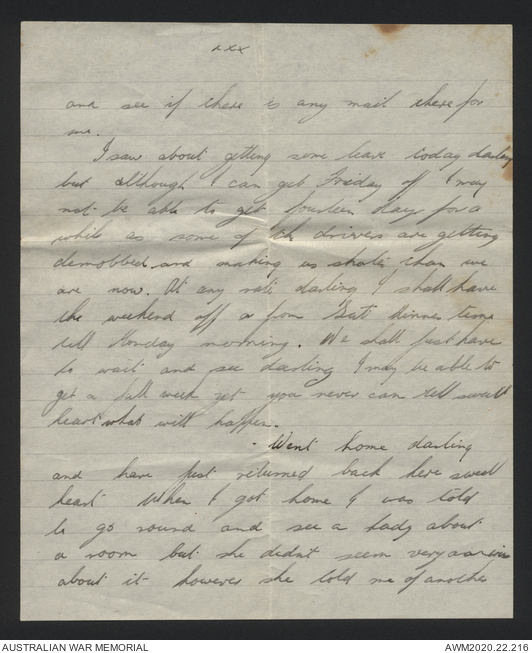 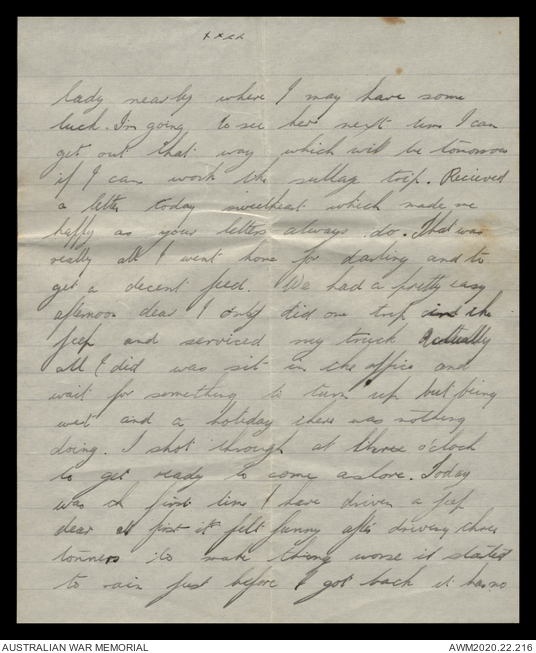 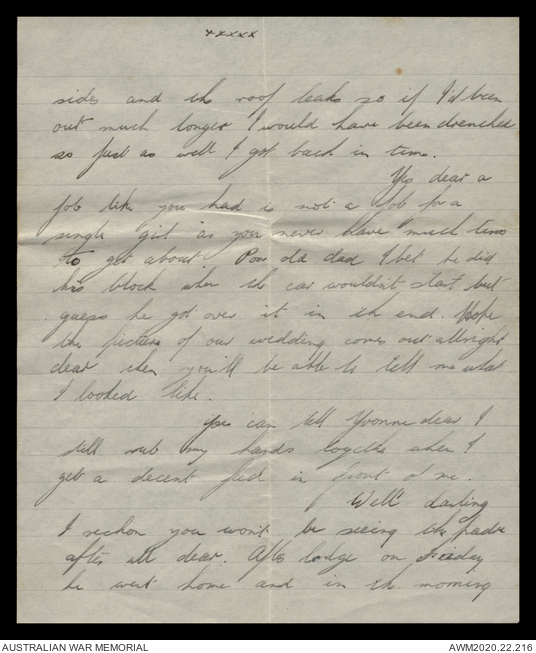 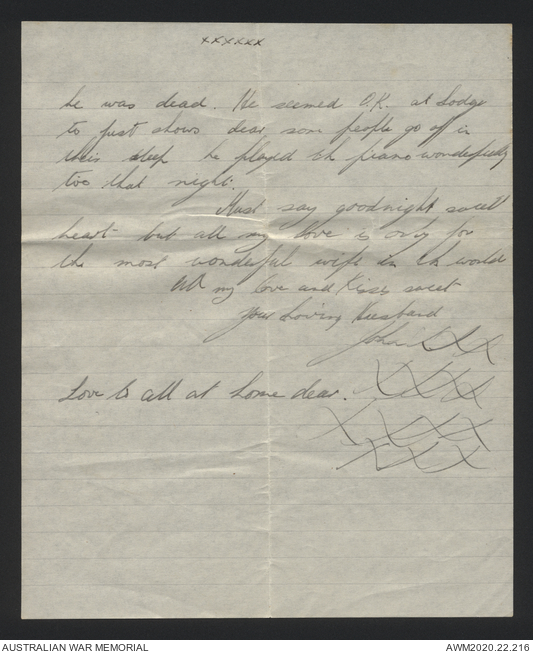 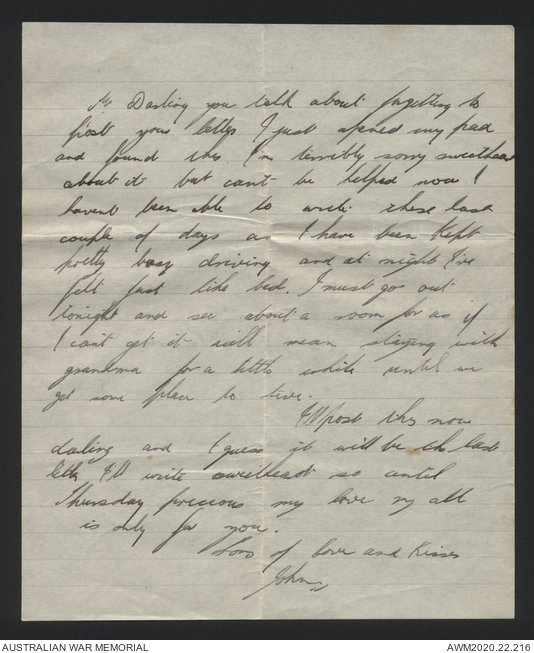 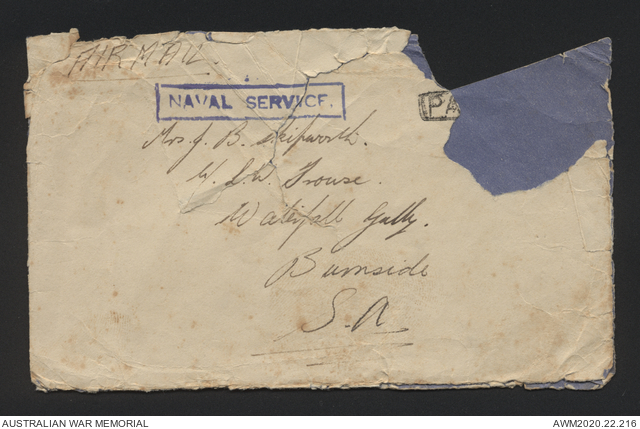 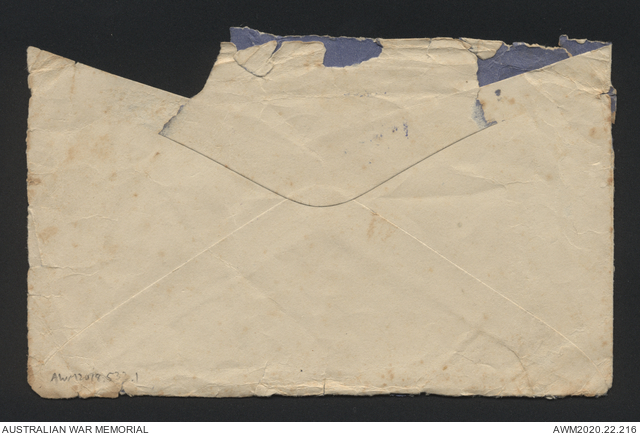 Wallet 1 of 1 – Collection consists of two letters and two envelopes from Able Seaman Skipworth to his wife, Betty Skipworth (née Trowse). The first letter was written on 2 September 1945, the day of the signing of the Japanese Instrument of Surrender. In this letter, Skipworth writes about seeing a large number of Allied aircraft flying above Tokyo Bay, attending a church service, hearing about the signing of the Instrument on the radio, his ability to fall asleep anywhere, and visiting other ships in the bay. This letter is accompanied by an envelope bearing the signatures of many of Skipworth’s shipmates and an ink drawing of a sailor. In his second letter, written from HMAS Leeuwin in Western Australia and dated 6 May 1946, Skipworth writes about being woken up by two rowdy shipmates, preparing ammunition for a funeral ceremony, leave arrangements, receiving mail from home, and his first time driving a Jeep. This letter also includes a note regarding their future living arrangements.