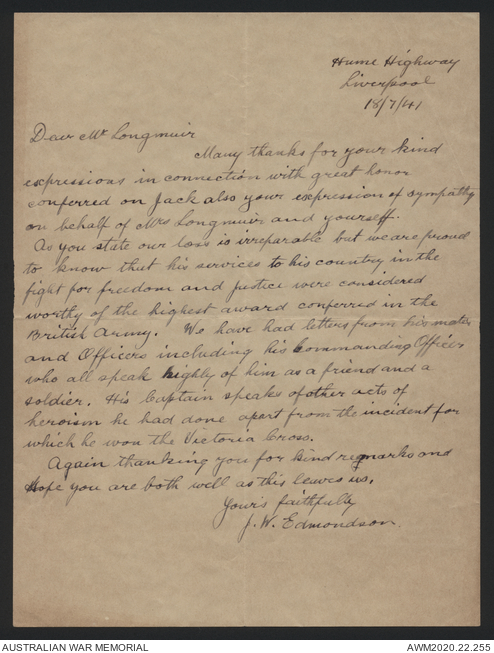 Wallet 1 of 1 - Collection contains one letter, dated 18 July 1941, written by Corporal John Hurst "Jack" Edmondson's father, Joseph William Edmondson to George Fraser Longmuir. This letter is a response to a condolence letter sent by Mr Longmuir after the death of Corporal Edmondson who was posthumously awarded the Victoria Cross for his part in a counter-attack against enemy troops at Tobruk in April 1941.