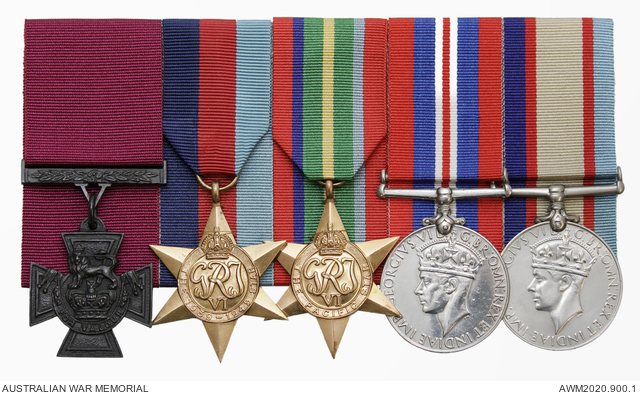 Edward 'Teddy' Sheean was born on 28 December 1923 at Barrington, Tasmania. He entered the RAN on 21 April 1941. He was initially attached to HMAS Derwent, the naval depot at Hobart, where he had some sea-going experience onboard the auxiliary minesweeper HMAS Coombar.

After further training at Flinders Naval Depot at Western Port, Victoria, Sheean was posted in June 1942 to the newly commissioned Bathurst class corvette HMAS Armidale for sea trials and work-up. On 29 November, the ship sailed to support Allied troops and evacuate civilians from the Japanese-occupied island of Timor. At around mid-afternoon on 1 December, Armidale was attacked by ten enemy aircraft. Struck on the port side by torpedos, Armidale immediately began to sink, and the order to abandon ship followed. Sheean was helping launch a boat to aid escape when he saw men in the water being strafed by enemy planes.

Sheean returned to his post at the aft Oerlikon gun, strapped himself in, and began firing at the attacking aircraft. Severely wounded, he was still at his post attempting to protect those in the water when the ship disappeared into the ocean. Originally Mentioned in Despatches, he was awarded the Victoria Cross for Australia in 2020.