Group portrait of the crew of Q for Queenie, a Sunderland aircraft of No. 10 Squadron RAAF in ... 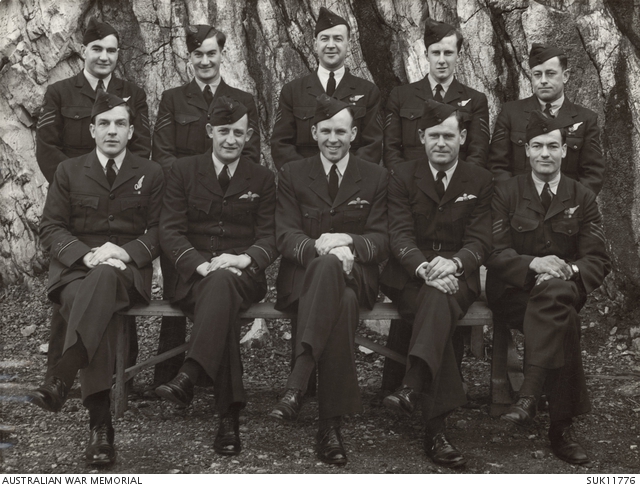