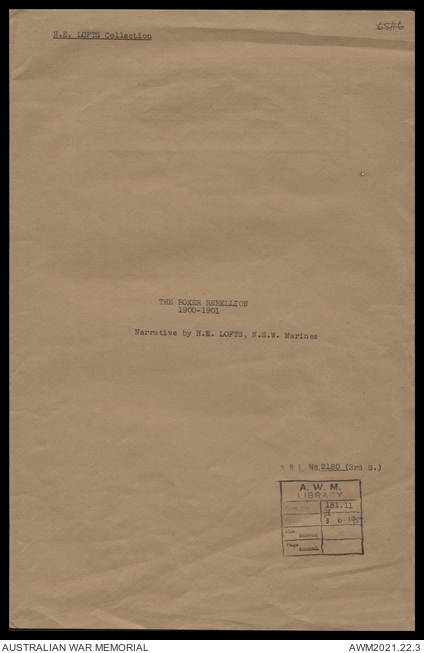 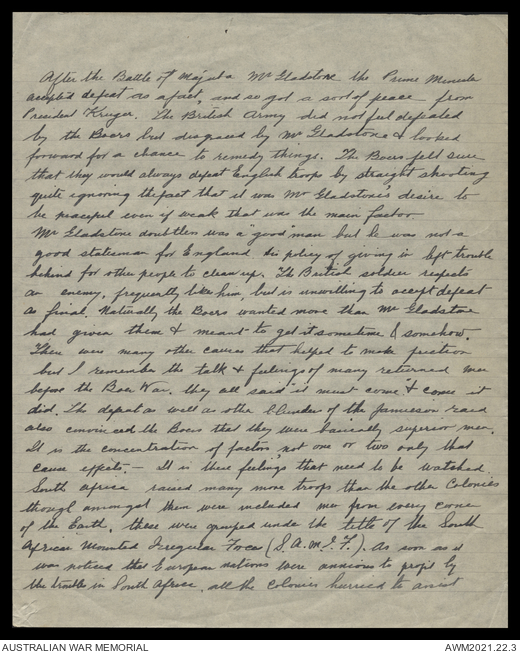 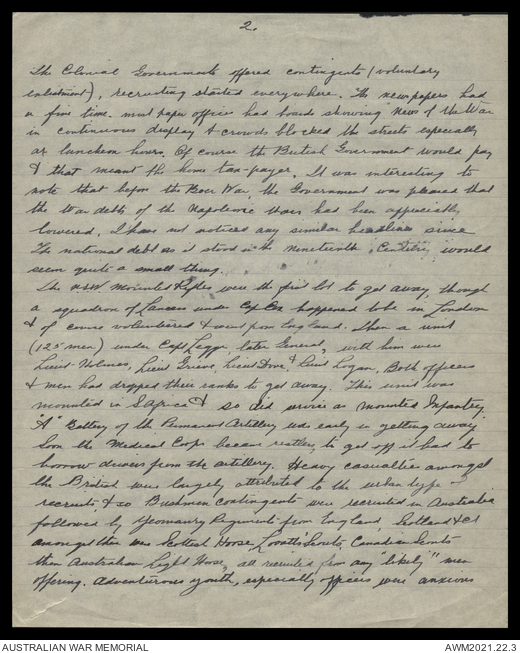 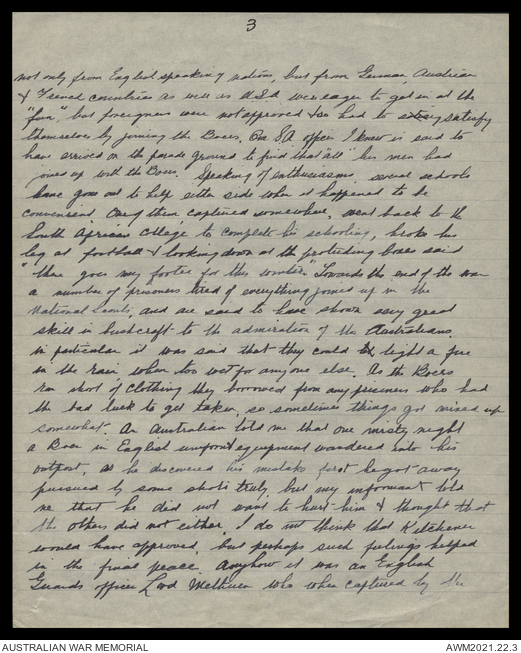 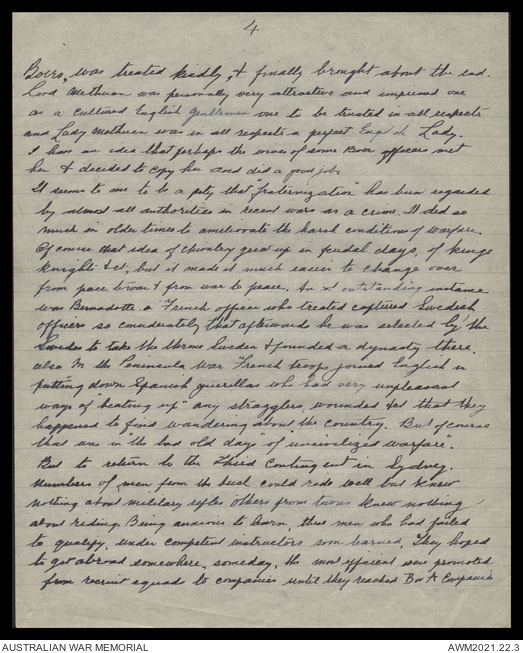 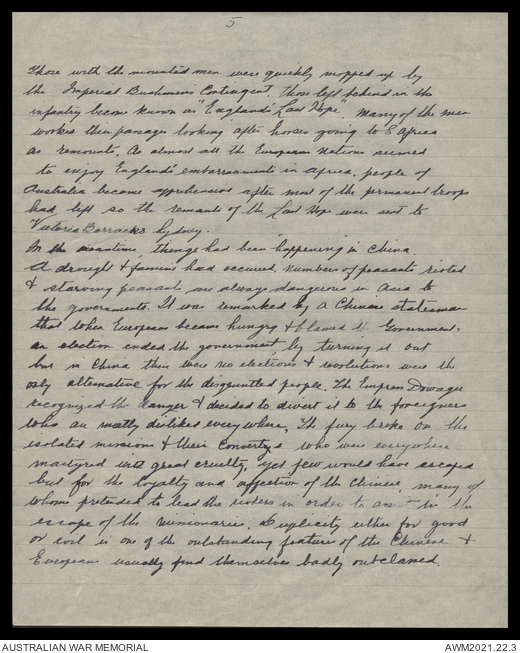 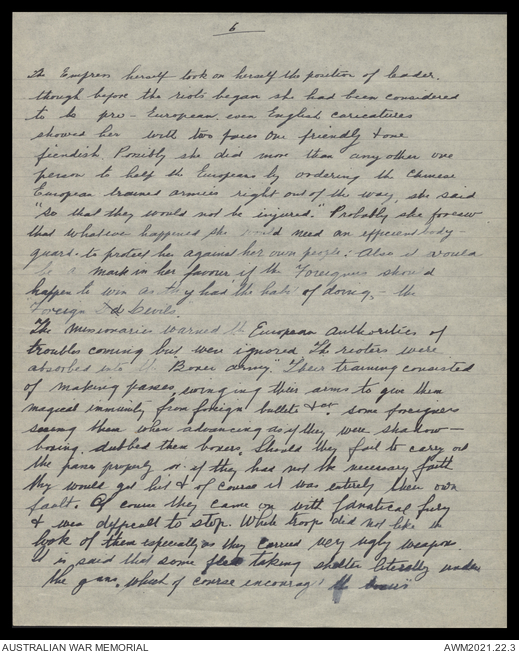 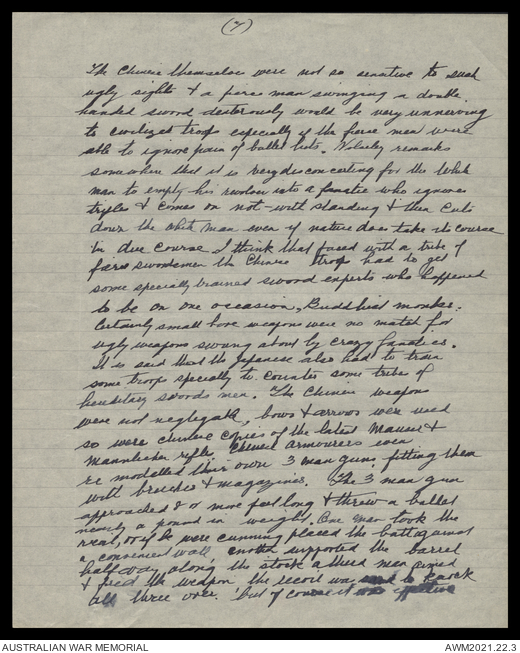 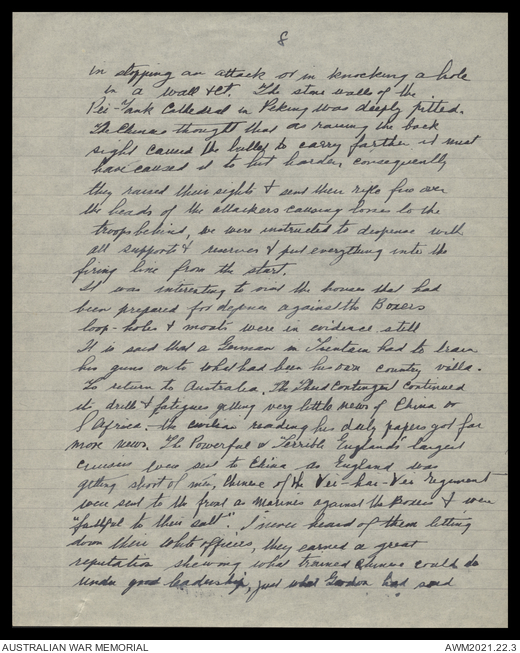 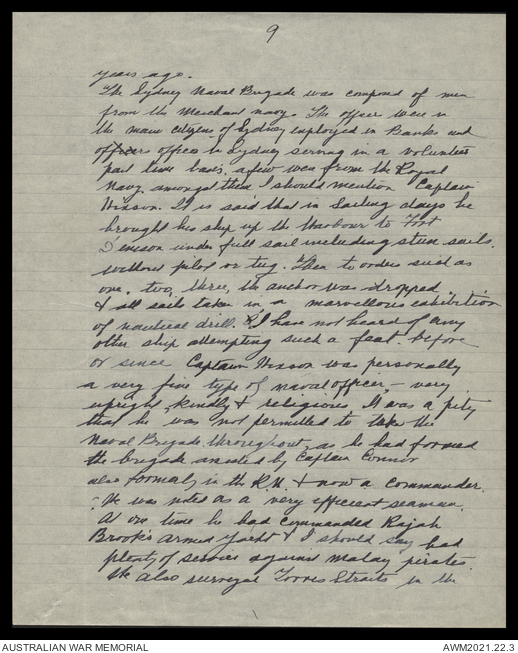 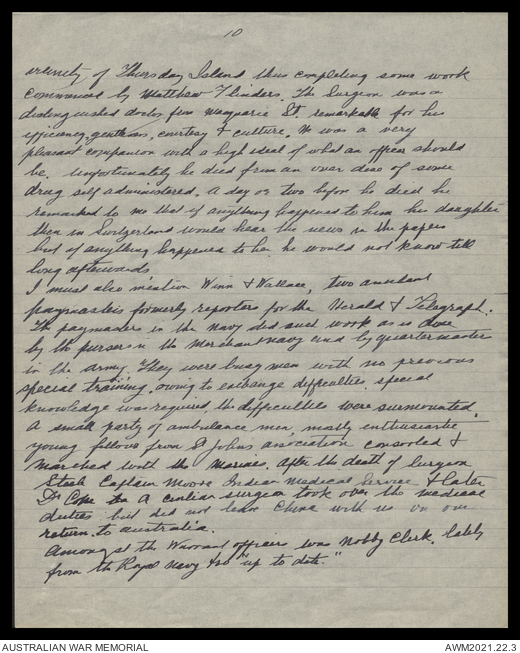 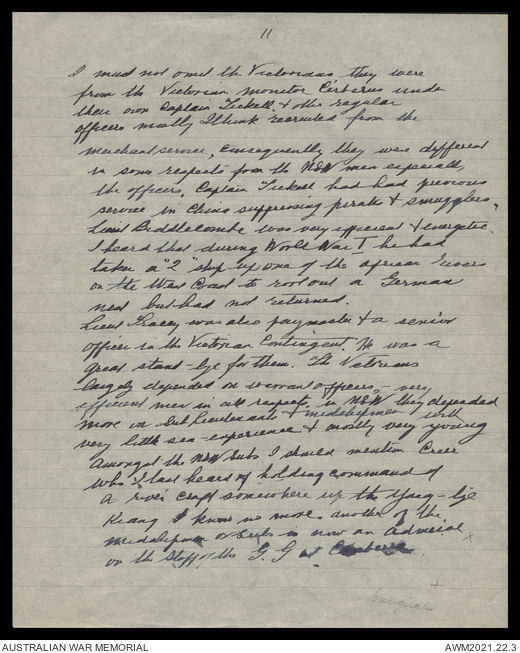 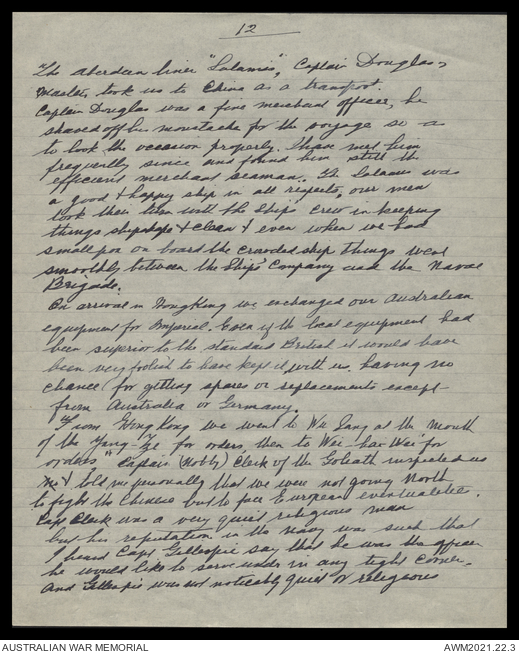 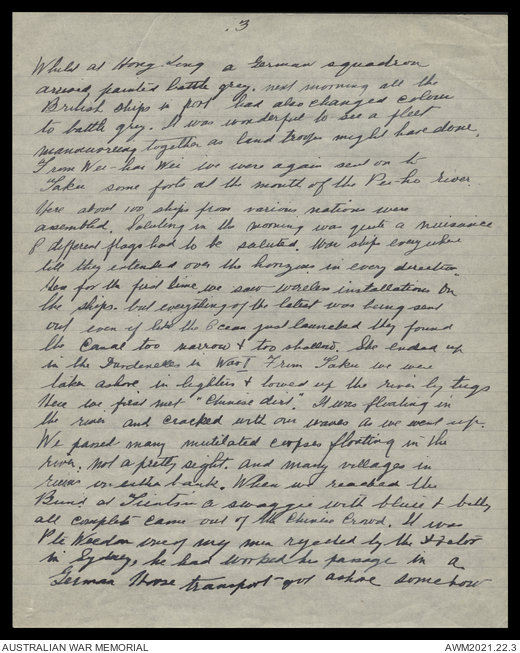 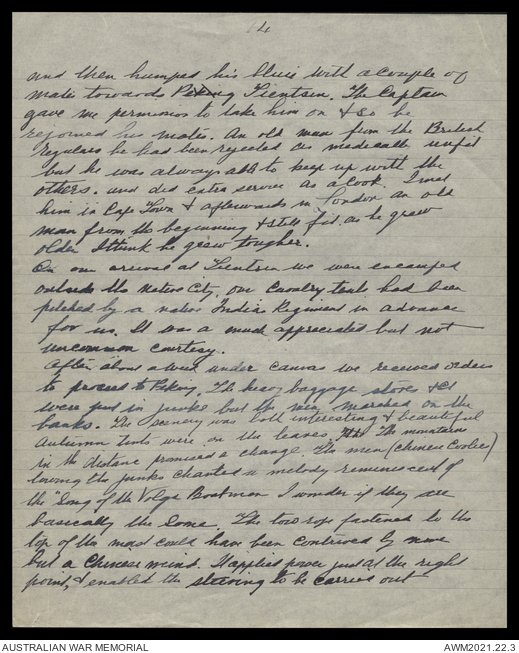 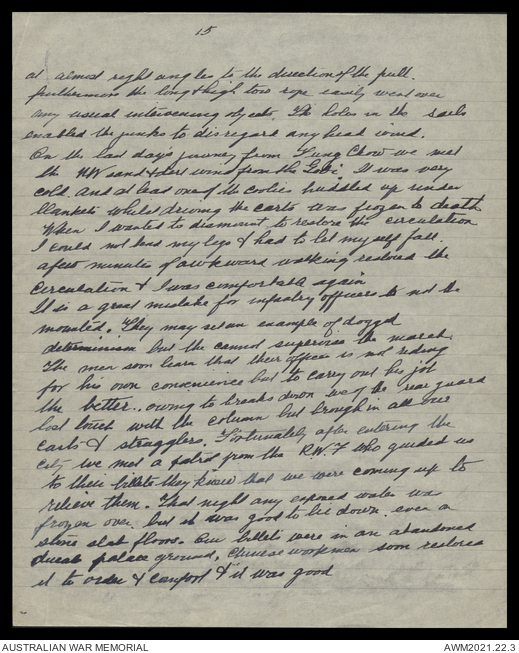 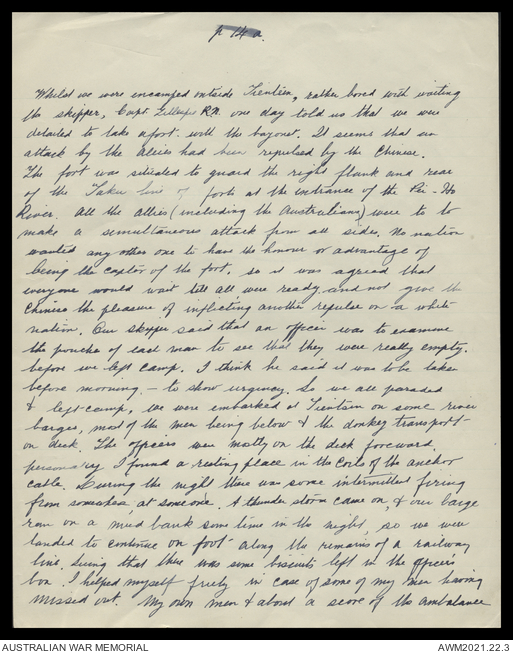 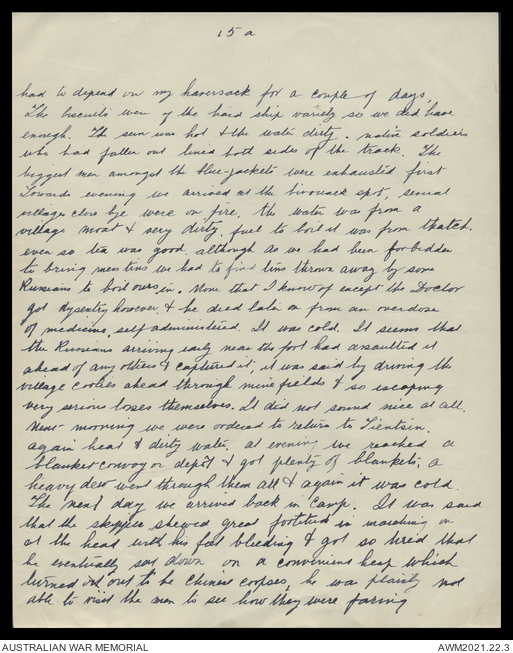 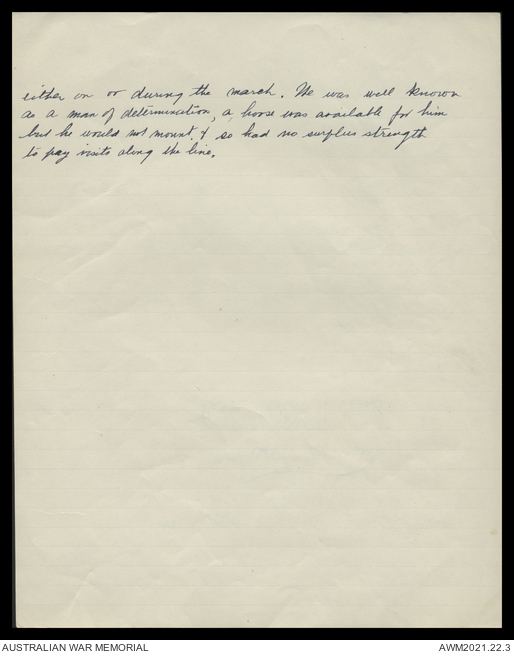 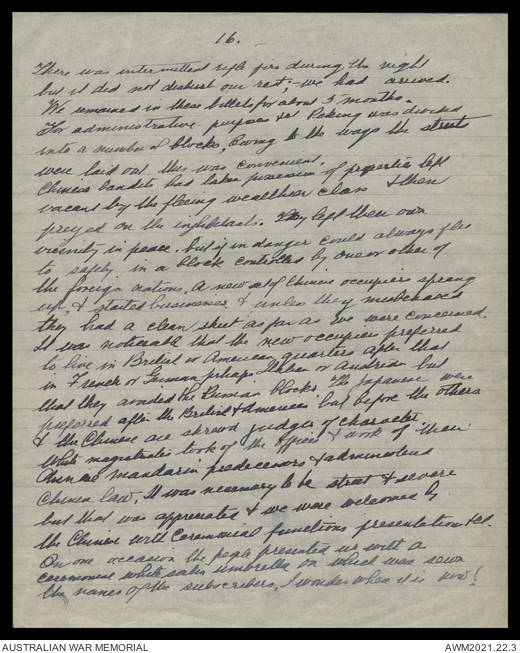 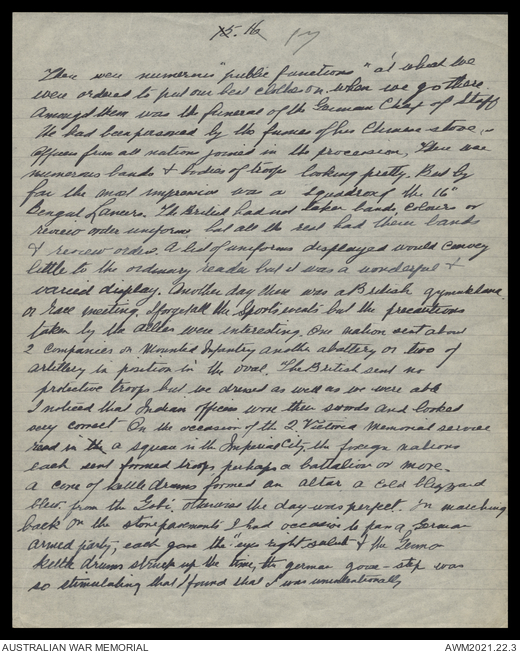 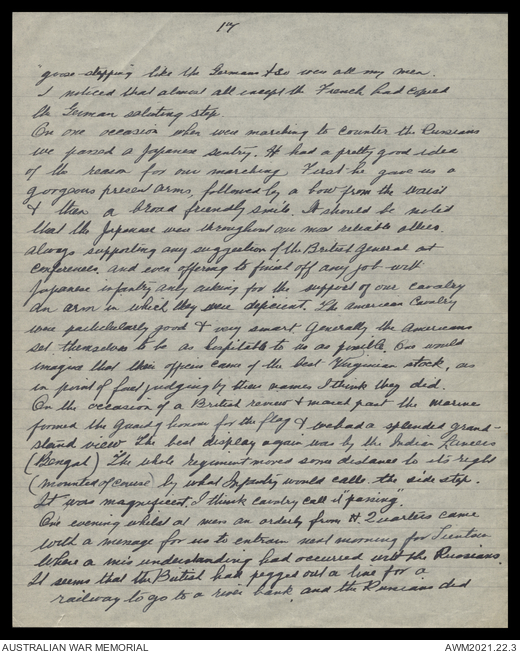 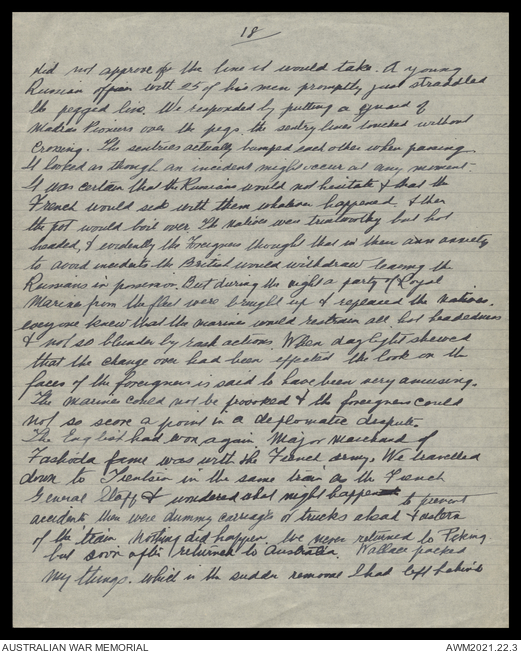 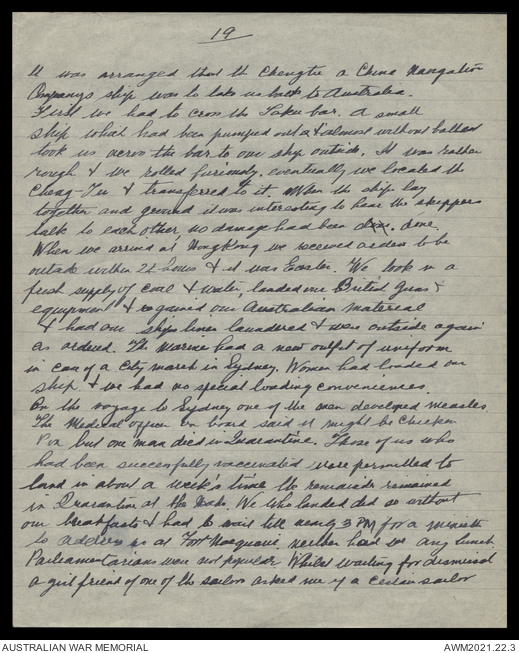 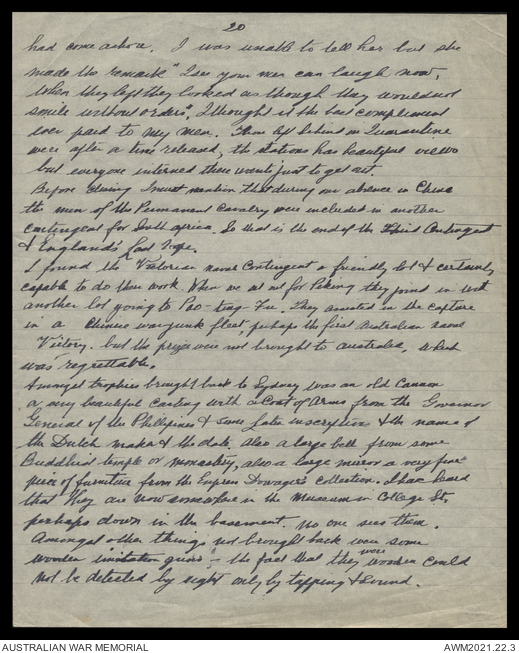 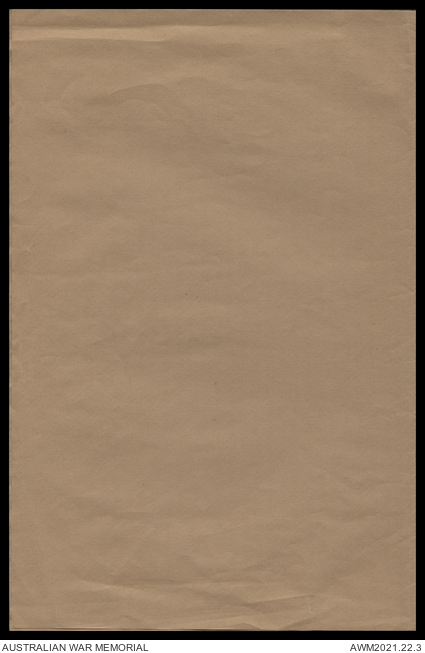 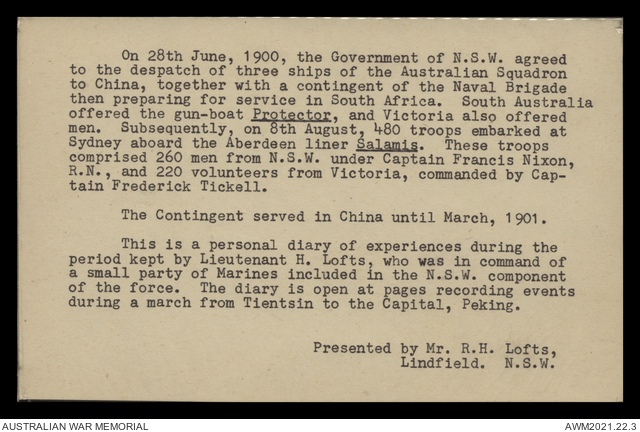 Wallet 1 of 1 - Contains a 25-page retrospective account of the Second Boer War and Boxer Uprising by Lieutenant Harold Ernest Lofts based on his service in both conflicts. Lofts opens the account by providing some background information on the First Boer War including the final engagement of the conflict, the Battle of Majuba Hill, subsequent friction in the country and events such as the Jameson Raid, and the sentiments of British veterans leading into the Second Boer War. He comments on foreign national and Australian recruitment for the Second Boer War, the training of troops, the attributes of militia and colonial forces compared to recently-formed bushmen contingents and the conduct of foreign national troops. He briefly covers events during the latter stages of the conflict and refers to several prominent figures including the capture of Lieutenant General Paul Methuen

Lofts opens the Boxer Uprising narrative by outlining events leading to anti-foreign sentiment among sections of the Chinese population, the advent of the Boxers and the weapons they used. He refers to the raising and training of the New South Wales Naval Contingent and provides some background information on several officers and their roles in the Contingent. He briefly describes the SS Salamis and the voyage to China but offers a more detailed report of a stopover in Hong Kong including the Eight-Nation Alliance assembling forces in harbour and their embarkation for China. He subsequently covers the main activities of the Contingent in China including service in Tientsin and Peking, operations such as the advance on the Pei Tang Forts and policing duties in Peking. The concluding pages of the account cover the return voyage to Australia, arrival in Sydney including a period in quarantine, public reception and the fate of relics collected during the campaign in China.

The collection also includes the original display label that accompanied pages from the account that were previously on display at the Memorial.