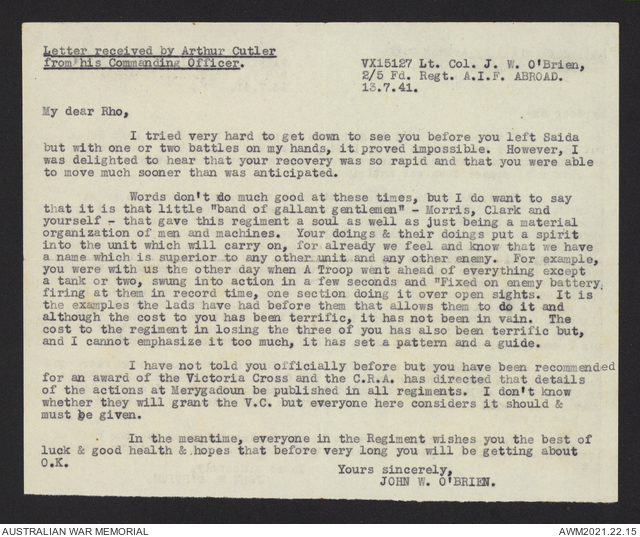 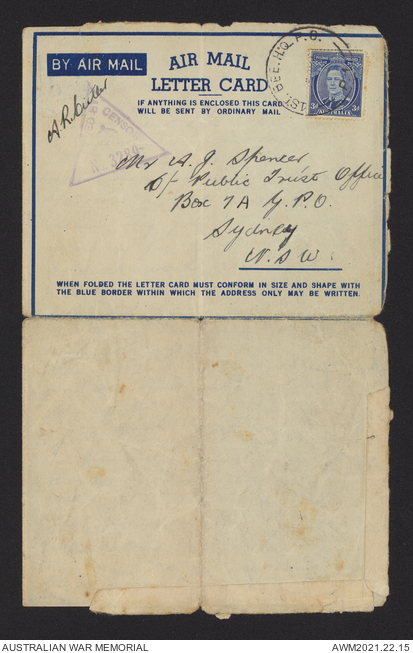 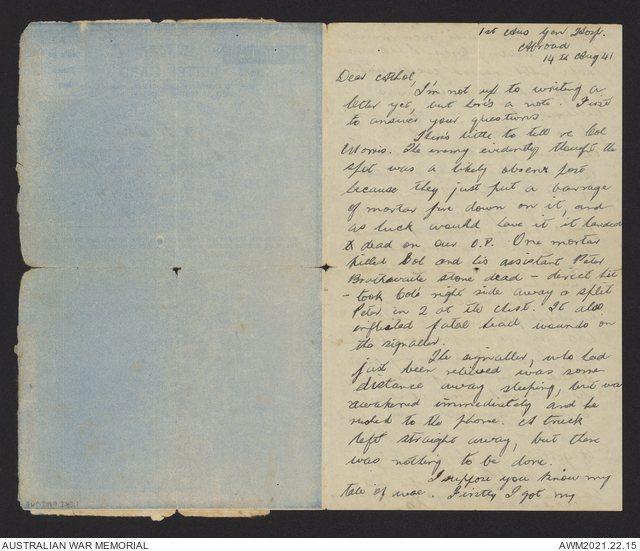 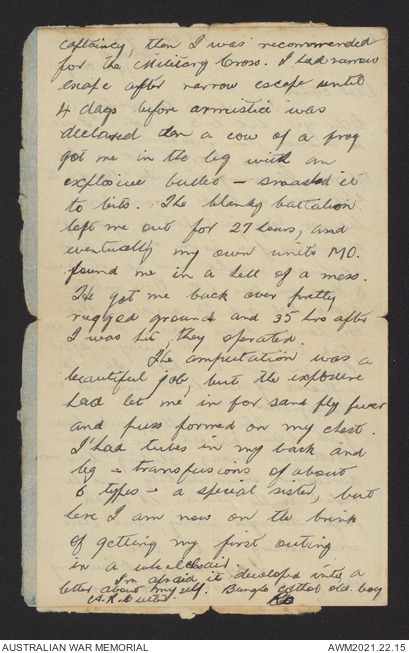 Wallet 1 of 1 - Collection consists of two letters related to Cutler's service and wounding during the Syria-Lebanon campaign of 1941. The first letter, from Cutler's commanding officer Lieutenant Colonel John O'Brien, bids Cutler a rapid recovery, praises the performance of Cutler and two other officers during the Syria-Lebanon campaign, and informs Cutler that he has been recommended for the Victoria Cross for his actions during the Battle of Merdjayoun. The second letter was written by Cutler and addressed to [later NX92971 Gunner] Athol Spencer. Cutler recounts the death of [NX12316 Captain] Colin Morris and [NX54931 Gunner] Peter Brathwaite during a mortar attack, and describes the circumstances in which he was wounded, leading to the amputation of his leg.