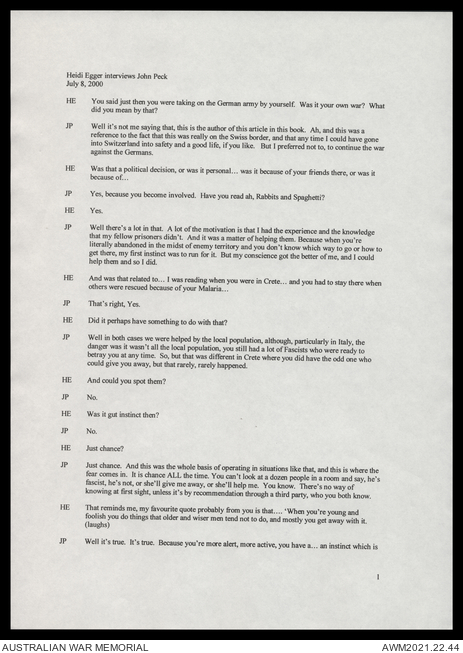 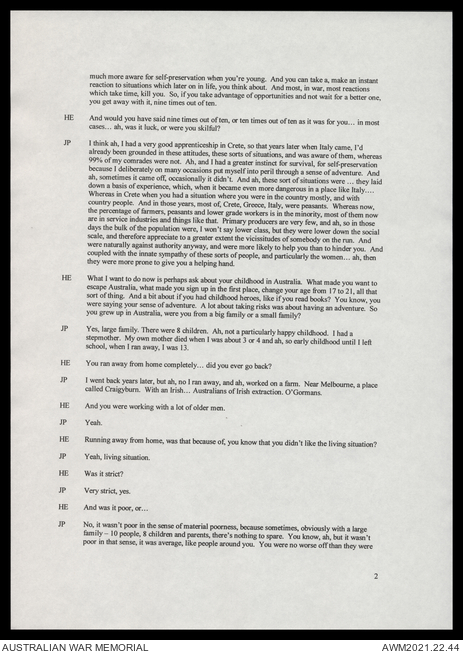 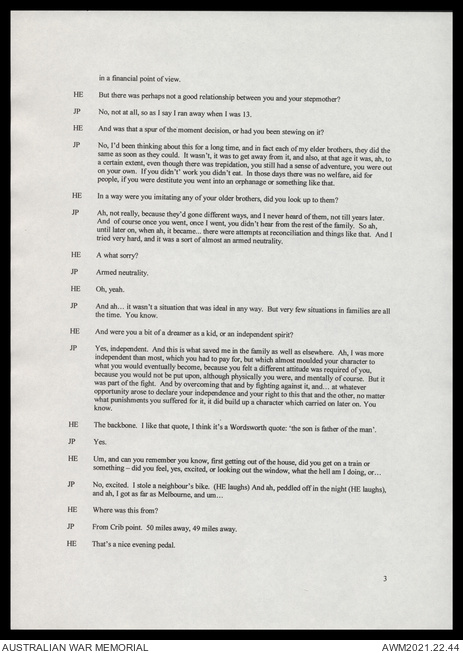 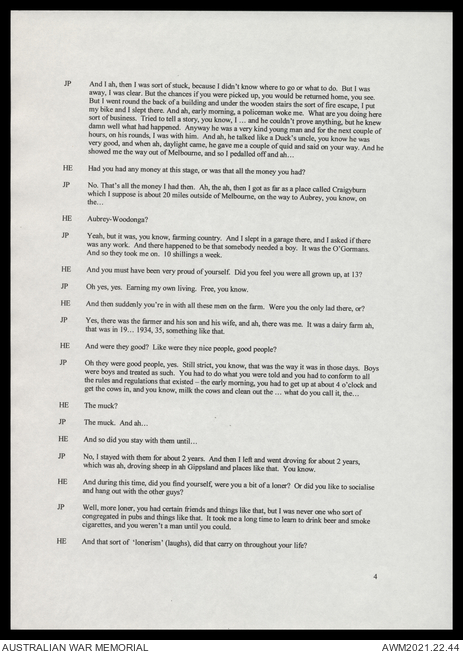 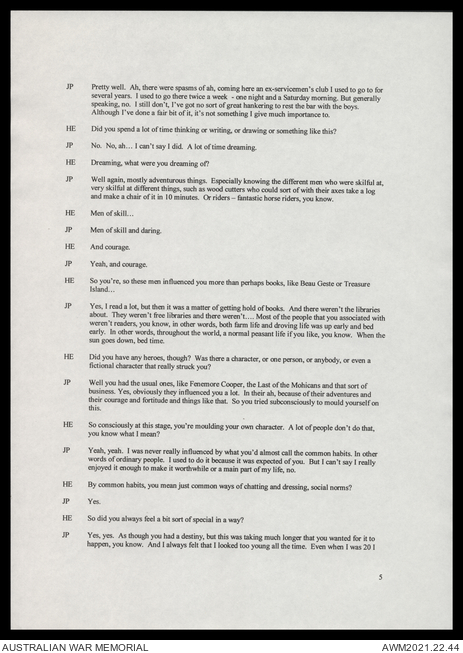 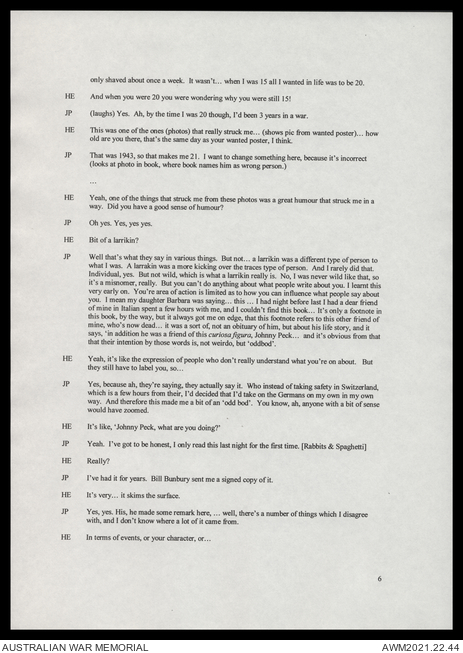 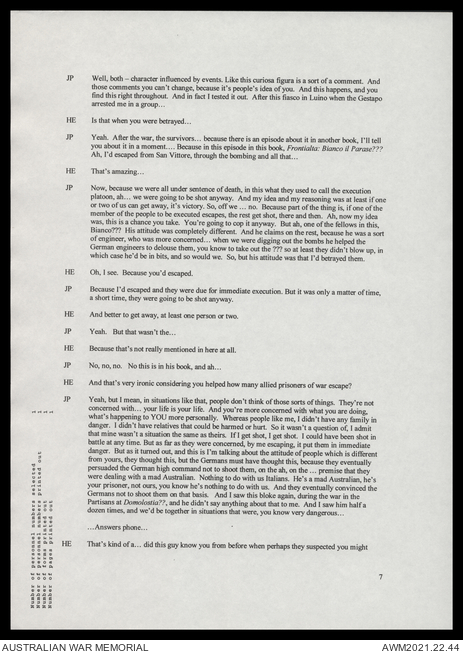 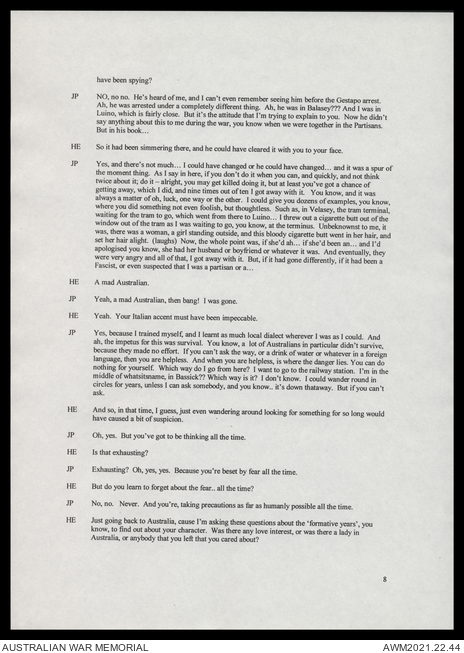 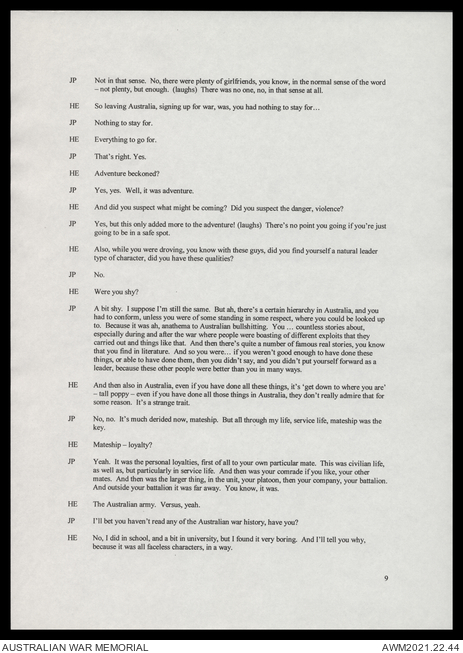 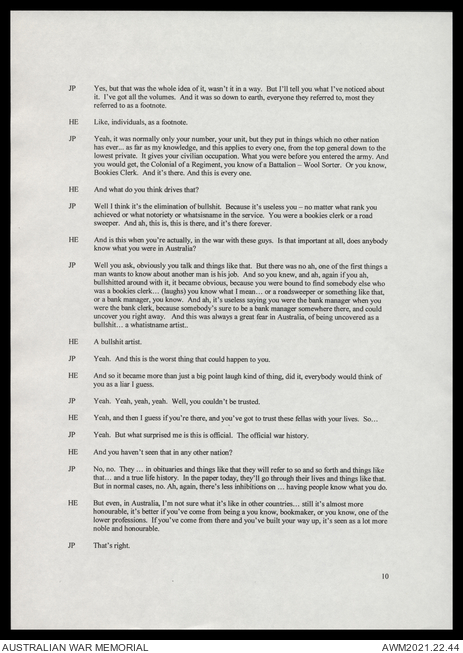 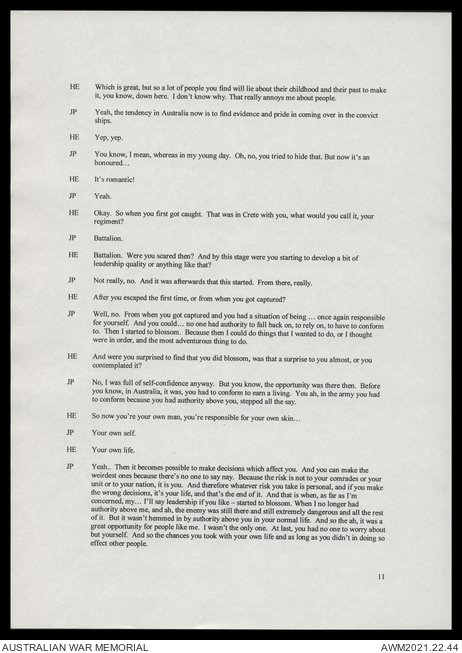 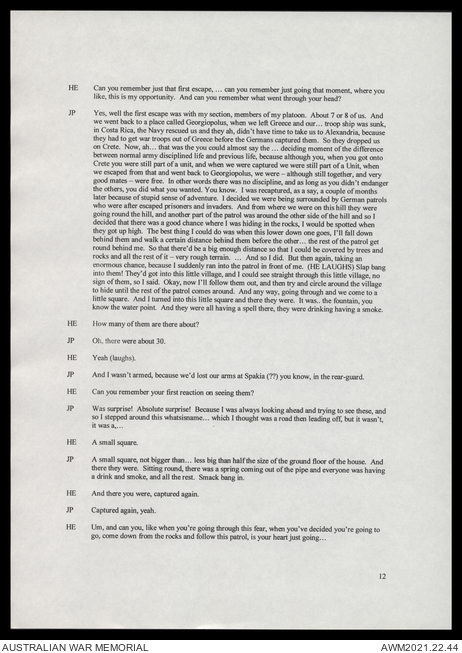 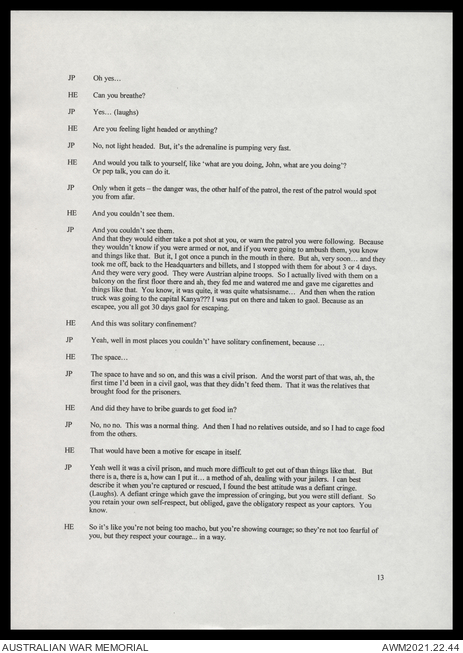 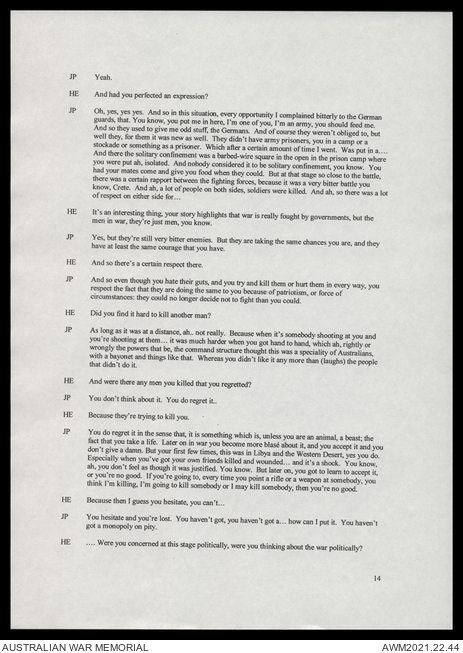 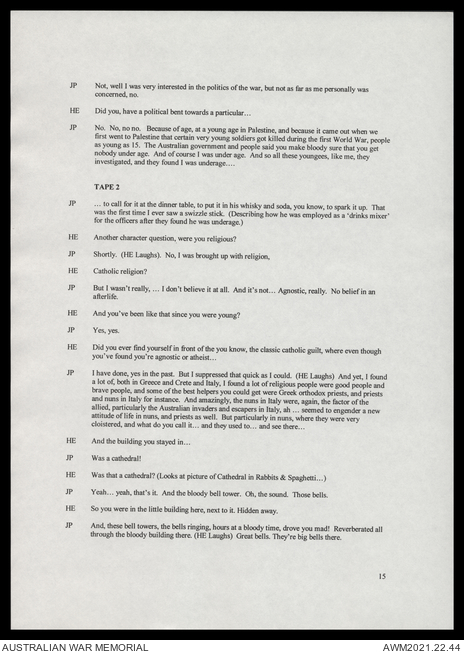 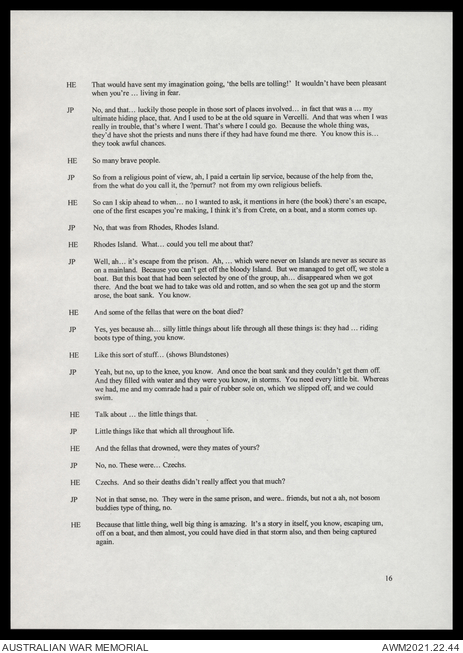 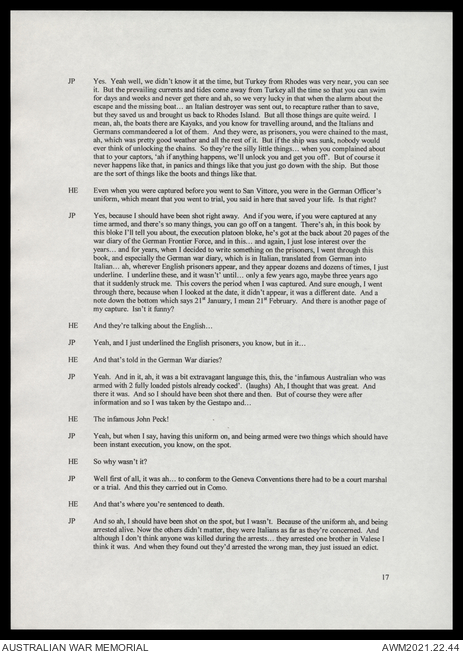 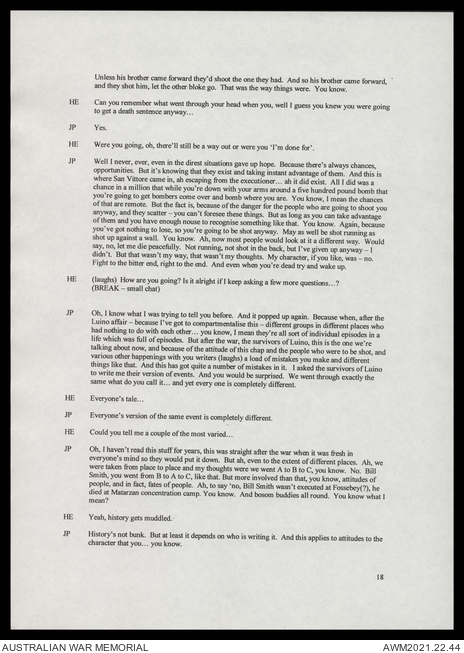 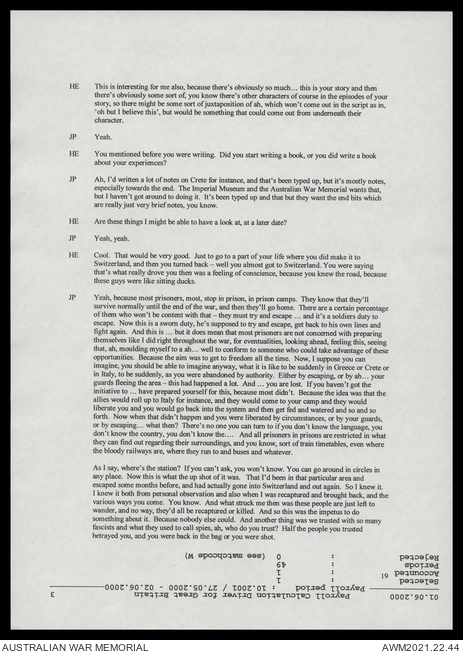 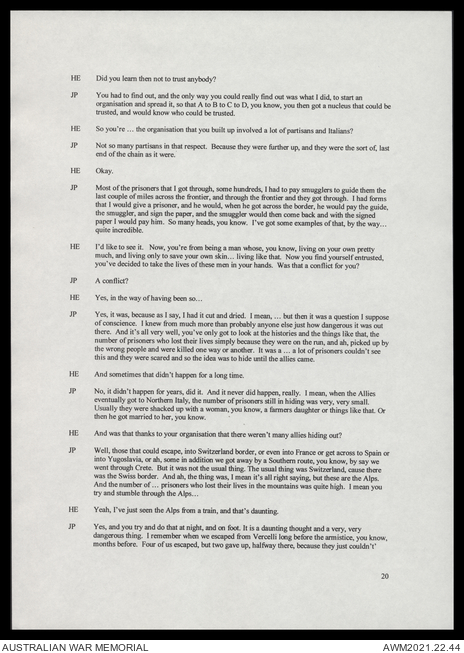 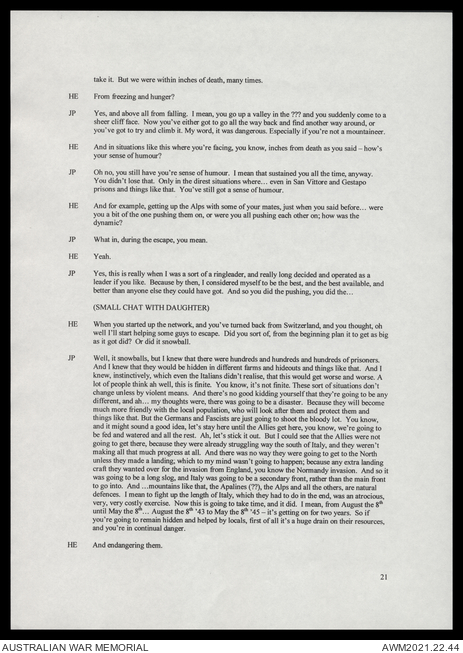 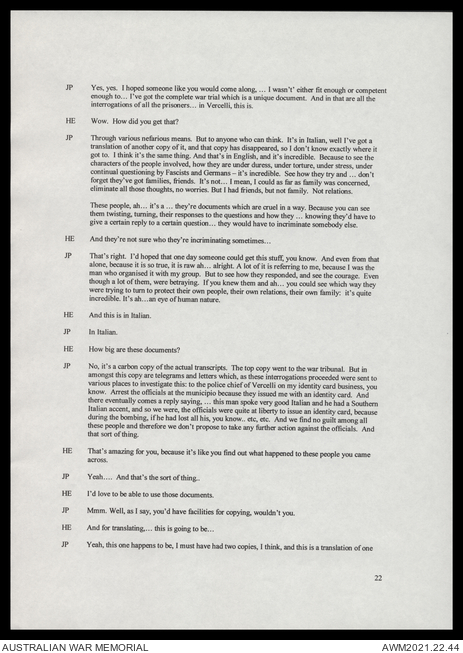 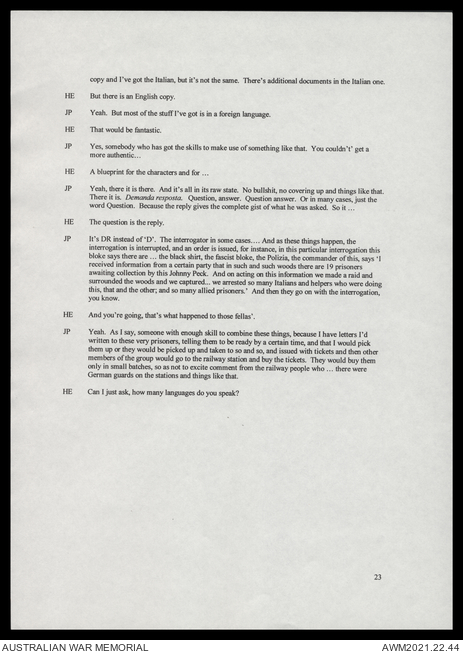 Series 11 of 12 - Contains 1 wallet containing two copies of an interview with John Desmond Peck, conducted by Heider Egger on behalf of the Imperial War Museum, 8 July 2000. Some topics discussed include: Peck’s childhood; why he chose to remain in Italy helping others escape to Switzerland rather than escaping himself; some of the key elements in Peck’s survival; some of his escape attempts and successes; and the trial in Vercelli.

Only one copy of the transcript has been digitised.