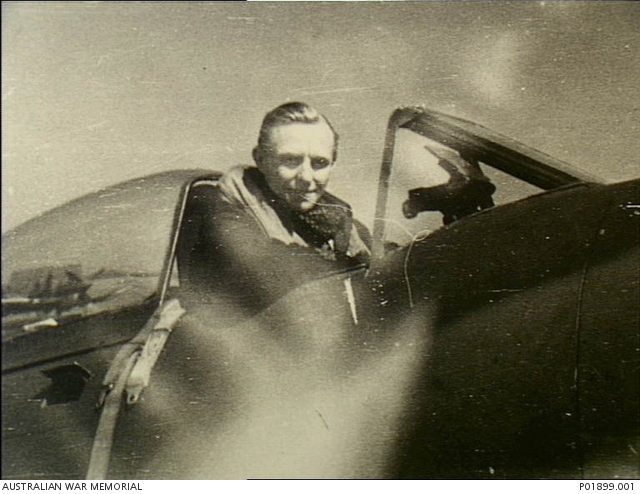 413220 Pilot Officer (PO) Donald William Mason RAAF, a veteran of more than 100 sorties, in the cockpit of his RAF 198 Squadron Mk1A Hawker Typhoon ground attack fighter. On 18 June, PO Mason was part of a flight of six Typhoons on a search and destroy mission against German flak batteries near Caen, France. During that mission PO Mason was shot down near the village of Boulon, 800 metres from the house of M Alexander Lemarois, whose father had been killed by allied aircraft the same day. Mason's aircraft impacted at high speed and buried itself in the bank of a small creek. Although M Lemarois reported the crash, PO Mason's body remained undisturbed in the fuselage of his typhoon until late 1992 when it was exhumed by the museum of the Battle of Normandy. PO Mason was subsequently buried with full service honours in the St Charles de Percy Calvados War Cemetery, 44 Kilometres south-west of Caen, France.