Wallet 1 of 1 – Letter by Able Seaman Thomas Daniel Sprod to his family, 17 September 1945 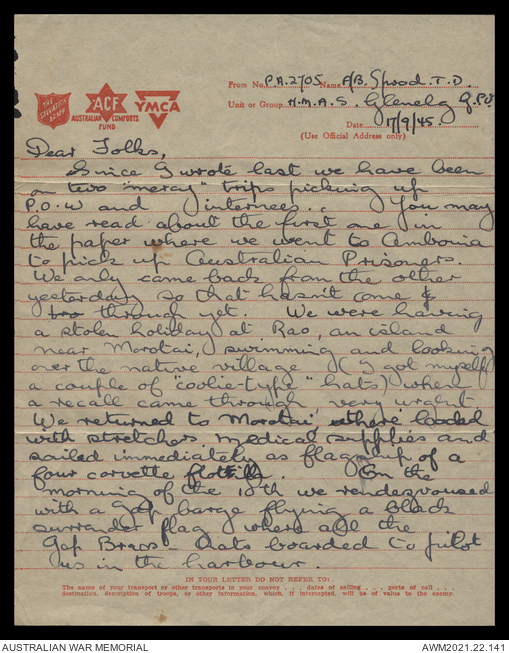 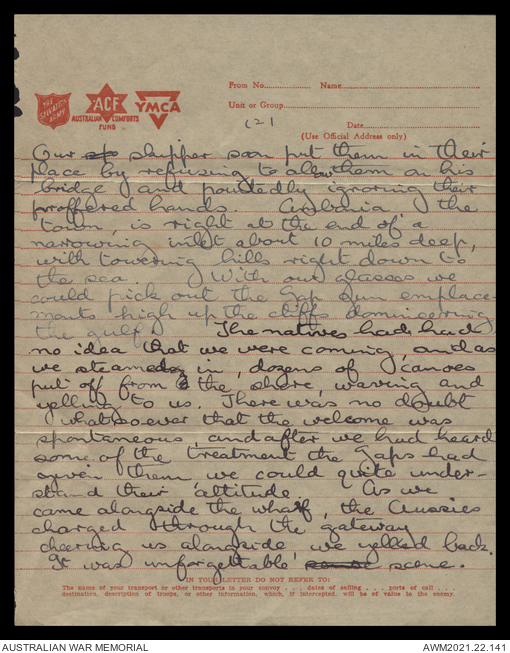 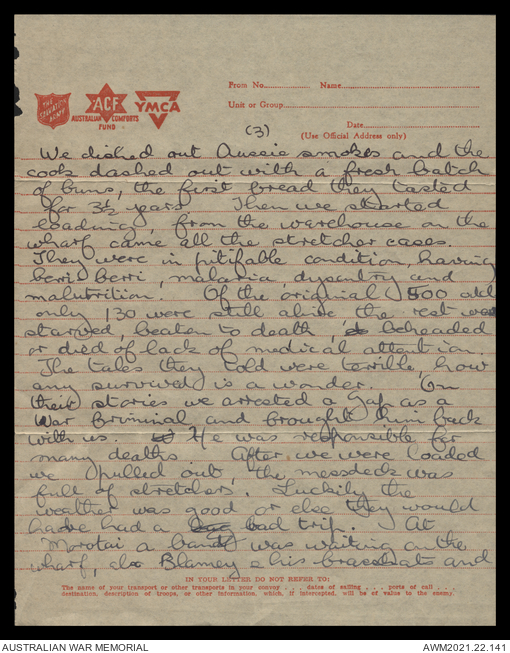 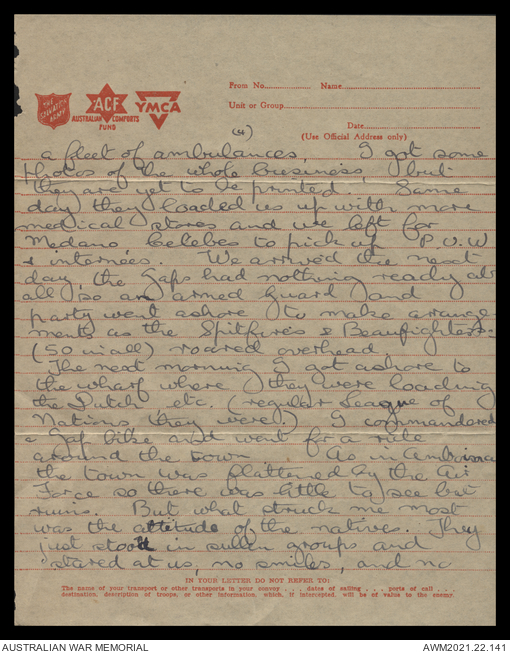 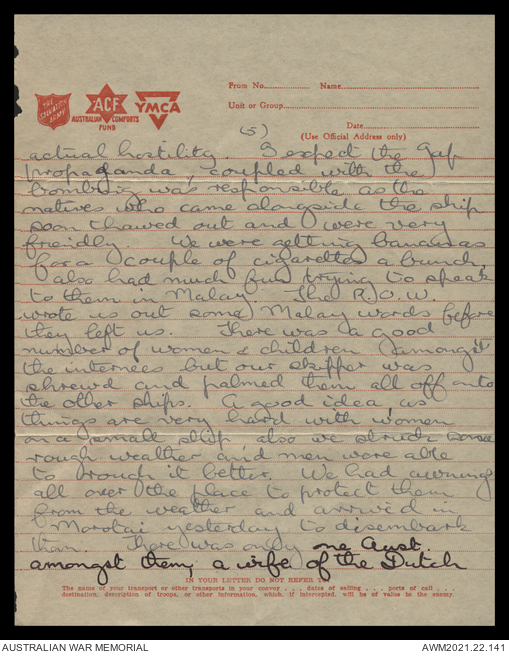 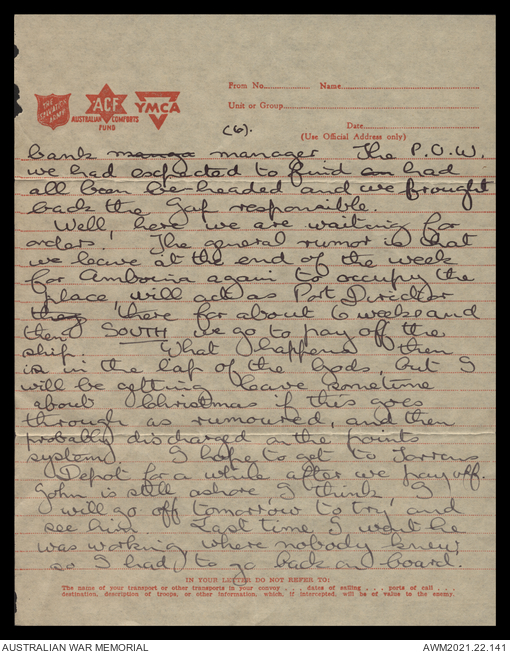 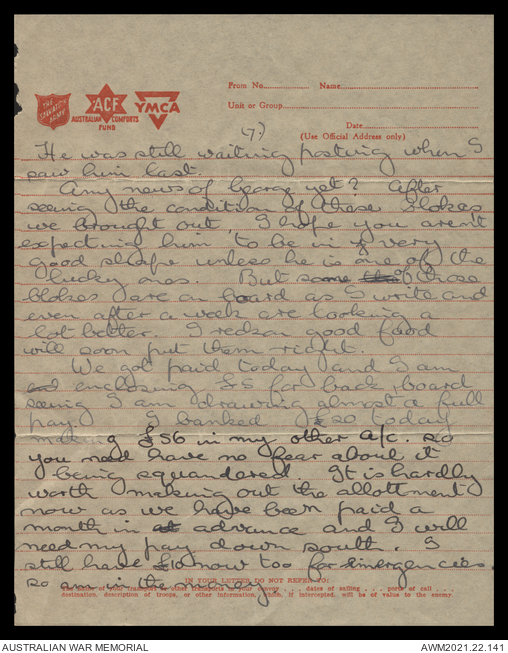 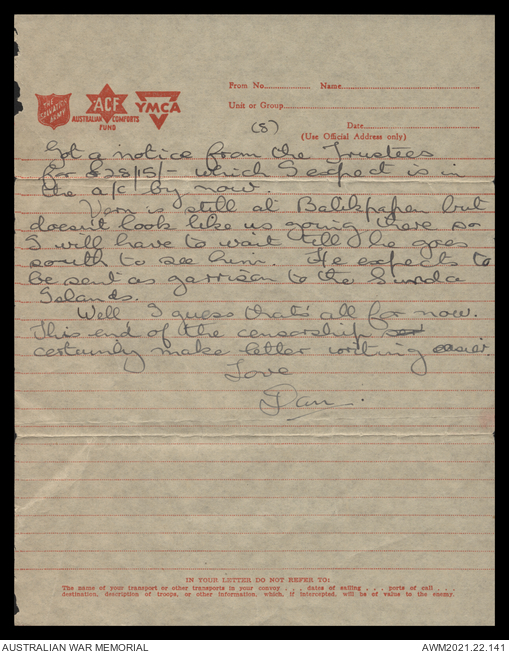 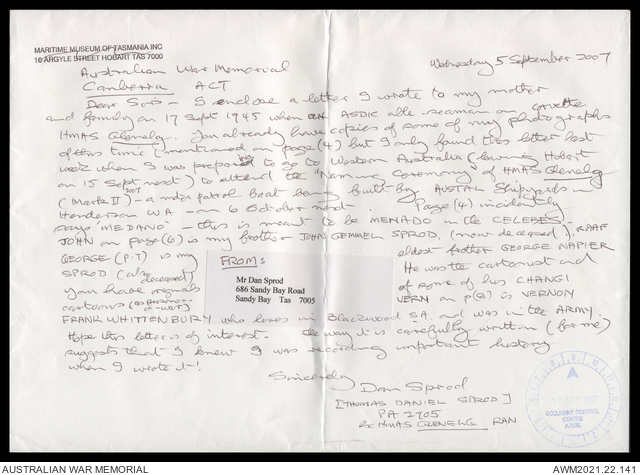 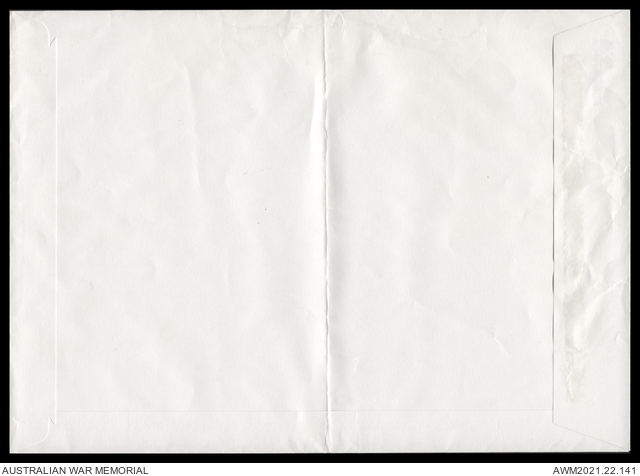 Wallet 1 of 1 – Wallet consists of one letter from Thomas to his family, dated 17 September 1945. Thomas writes about his experiences on HMAS Glenelg in the Netherlands East Indies. He describes taking a short holiday, transporting Australian prisoners of war from a Japanese internment camp on Ambon to Morotai, transporting Dutch civilian prisoners of war, the condition of these prisoners, trading with local townspeople, the destruction of towns where the ship anchored, and hearing rumours of the ship’s next orders to occupy Ambon. He also enquires after his brother, Gunner George Napier Sprod, who was a Japanese prisoner of war.