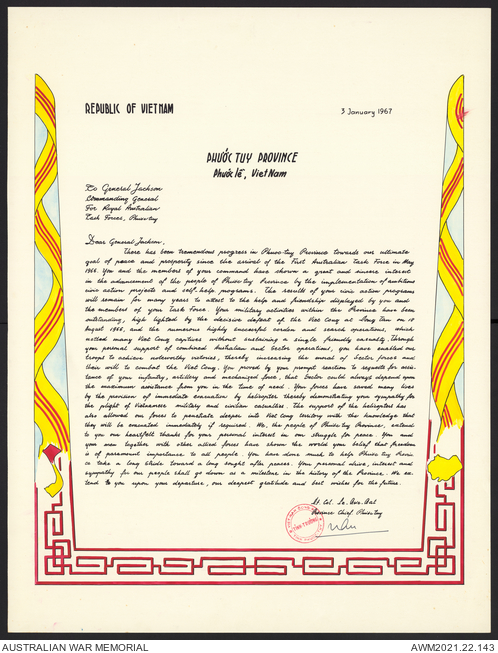 Oversize wallet 1 of 1 - Collection contains one large illustrated scroll, handwritten in the form of a letter by the Province Chief of Phuoc Tuy, South Vietnam, to Brigadier (Brig) Oliver David Jackson DSO OBE, Commanding Officer of the 1st Australian Task Force (1ATF) during 1966-67. Presented to Brig Jackson at the time of his departure from Vietnam in January 1967, it commends the work and attitude of the men for 1ATF, and mentions the defeat of the Viet Cong at Long Tan in August 1966. At the time he donated it to the Australian War Memorial, Brig Jackson stated 'I look on the scroll as a presentation made to the Task Force as whole rather than to me personally'.