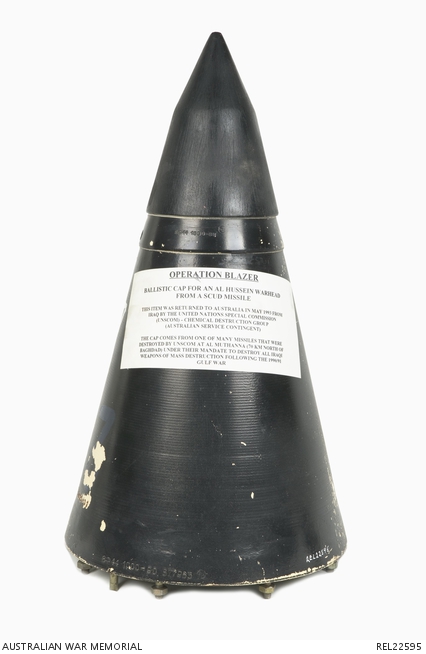 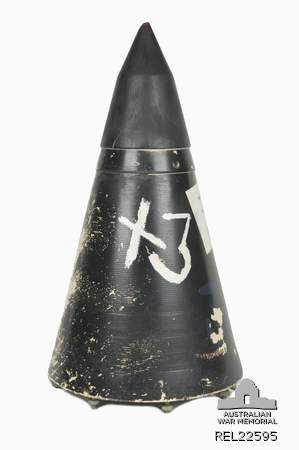 Al Hussein Scud missile penetrator nose cone made from hardened steel, spitzer shaped and painted matt black. 'B244 1000-20 3172 83' is impressed into the nose cone. ' X3' is painted in white on the nose cone. A label describing its history is attached to the nose cone.

The Al Hussein (Scud) ballistic cap penetrator was removed by the Australian contingent, Chemical Destruction Group, which was formed by the United Nations Special Commission (UNSCOM). The cap came from one of the many missiles that were destroyed by UNSCOM at Al Muthanna under their mandate to investigate and destroy all weapons of mass destruction after the 1991 Gulf War. The Al Hussein is an Iraqi modified Scud missile where the warhead has a reduced weight enabling more fuel to be carried to increase range. Scud missiles are derived from the World War II era German V-2 rocket. Warheads can be high explosive, chemical, or nuclear. The Al Hussein Scud missile, launched vertically from a small platform, has a range of 650 kilometres. Unsophisticated gyroscopes guide the missile only during powered flight which lasts about 80 seconds.